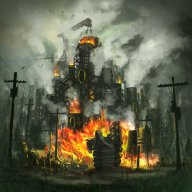 ATT_Turan said:
do the words "first language" run through a translator mean something else in a different language as is?
Click to expand...

As @Mac15001900 already clarified, it sort of depends. But I want to go a bit deeper on this.
It's not just based on the language, but it's based on the context of the sentence and the translator being used.
For example, sometimes word meanings change in Google-sensei if we just type in the word by itself, however, Google-sensei is usually smart enough to use words in proper context, so if you take that single word and put it into a sentence, it may change the word appropriately...it may also not change the word appropriately, it's not a genius after all. Google-sensei's capabilities with different languages vary language to language, so some languages may be easier for Google to translate, others may be more difficult.
The second point is a bit straight forward, though I think it's often overlooked: Google is largely the dominant platform for all things internet related in many English speaking territories (possibly most Western territories in general?

) However, it's not quite as common in Asia. Of course its still used, but, for example, here in Japan, they often use Yahoo translate or even a translation bot through the popular message app here called Line (it's sort of like Whatsapp but with a lot of features).

To expand on the points Mac brought up,
My Japanese is absolute pants, but as a non-native speaker, the translation of "First language" to "daiichigengo" makes sense to me. Though rarely folks here use the term "first language", they more commonly refer to it as a native language, so while the translation may make sense, social use of this term may be less common, it may be more appropriate to say "bokkokugo". Presented as "daiichigengo" may lead to some initial confusion.

It may not hurt to provide the instructions about "User's first language" in multiple languages to prevent confusion. Not sure how complicated that would be to set up sever side, but getting the proper translation of the instructions probably wouldn't be too hard as many languages can be sourced from the community (I'm sure folks who's native language isn't English wouldn't mind providing a 1 sentence instruction in their native language) and other languages can just be ran through Google-sensei.
You must log in or register to reply here.
Share:
Facebook Twitter Reddit Pinterest Tumblr WhatsApp Email Share Link