Neirn_SvActorReposition v1.0.0
by Neirn​
Introduction
This is a simple plugin that allows the developer to reposition the party in the side view battle screen as well as modify the generic escape animation the actors perform on successful retreat. I wrote this quick plugin because I wanted an easier and quicker way to move the party around the game screen after I increased the resolution on a personal project. There are similar plugins out there, but they didn't integrate into my workflow as easily as I would've liked.

Features
Change the default placement of the actors in the battle screen
Position party members relative to each other in the side view battle screen
Dynamically change actor position based on game variables (optional)
Modify the length, path, and duration of the escape animation for the party (optional) 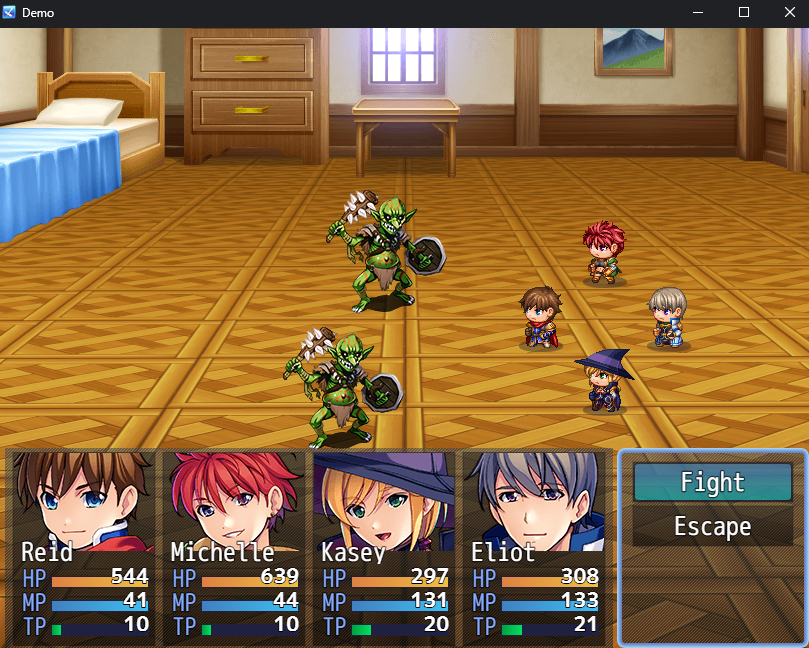 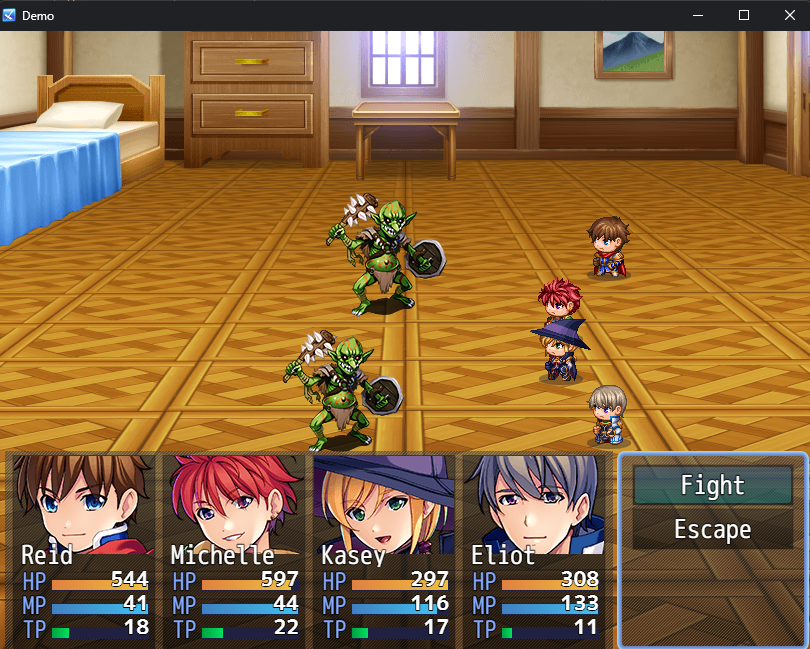 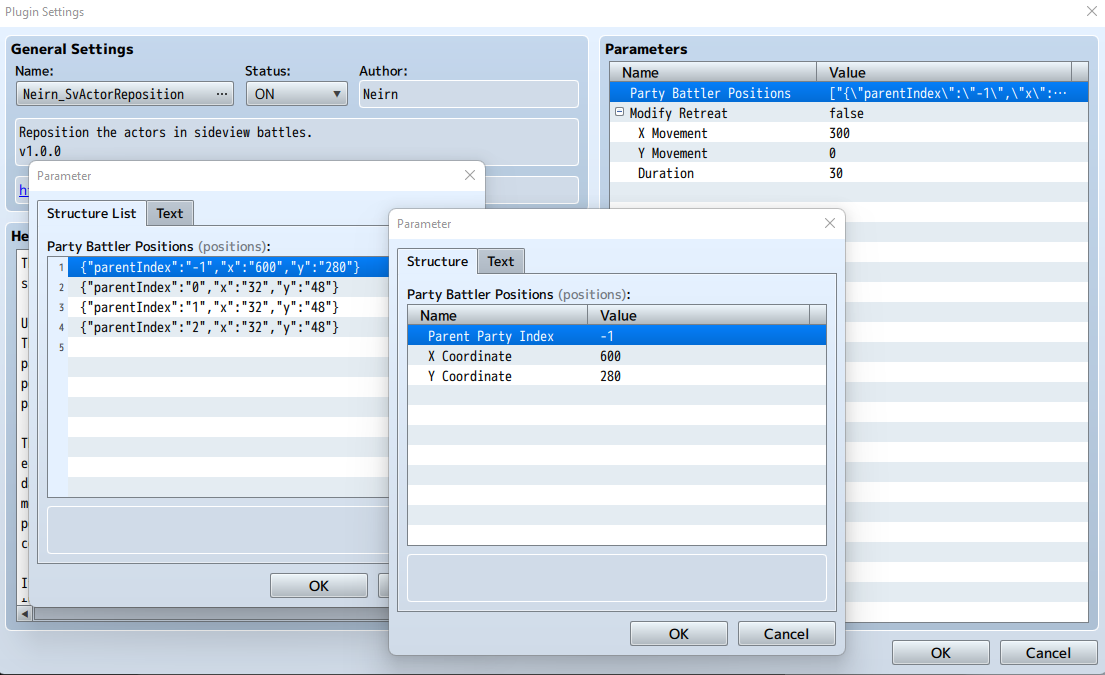 Usage Instructions:
Set up the positions array. The first entry in the array corresponds to the first party member. The second entry goes to the second party member, and so on.

The party member's X and Y coordinates on the battle screen are determined using the following basic formulas:

Code:
The parent is determined by the Parent Party Index Parameter. Indexes less than 0 are treated as if the member has no parent. If the party member has no parent, they are placed relative to the top left of the UI Area, which is the coordinate (0,0).

The retreat parameters are simple. X and Y determine the path the party travels after a successful escape. Duration controls the time it takes to move along the path where lower duration = faster.

Demo
There is a demo online with MZ project in the downloads.

Terms and Credits
This plugin has been released under the MIT License. So, feel free to download, redistribute, modify, etc. this plugin in any of your projects, whether they are commercial or not. There is no credit needed other than preserving the license at the top of the plugin file.