Request for having DLC Update Notice 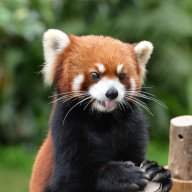 Lord of the Pandas

I would like to request a feature for either the site, Twitter, Facebook, email or whatever else would be convenient - a separate notice posted every time a DLC on RPG Maker Web's store is updated.

Steam users have it the easy way - auto update, nothing to think about, but the rest of us that buy them directly from RPG Maker Web do not get any notice when an update was made to a DLC we purchase.
A recent example is the new FSM tileset - on release day, there was no sample project with it (only a game demo), while downloading it now, all 4 resource files were changed and do include a project file now.

I now have this big paranoia that other DLCs I bought might have been updated as of the time I purchased them and am re-downloading everything over again.
I HAVE seen here and there a notice on the new-DLC-release-announcement page a mention of updates to old DLCs but that seems to be highly rare to see and is not specifically mentioned in the title.