Ok, what I mean by this (and I'm not trying to be pushy), is that we have so many great tilesets and music packs and whatnot. But am I the only one who feels that we just don't have the diversity of sprites to work with them. Like modern sprites, or futuristic or the rural farm set.

I for one would happily pay for a whole series of sprites for the zombie pack including children, zombies and other things in the awesome style Lunarea provided in the pack itself. These sprites would likely fit the modern pack very well as well. And of course, what rural farm isn't complete without children and old people?

I feel there's a gap in the resources for sprites, and like I said, I would be totally happy to pay for a whole set of them!

Does anyone else feels that there's a gap that could be filled? And does anyone feel that they could fill it? (With permissions etc)

Apologies if this isn't allowed. I just feel that sprite packs are very much an ignored resource that we sorely need. Though I am aware they are probably harder than developing tilesets (not that I would know, my sprinting attempts are very lamentable)

Well, if you purchased the Rural Farm tileset from the web store rather than from Steam, I think it includes pieces for the Game Character Hub, which allows you to make a lot of human sprites for farm games.

But I do agree there is a dearth of sprites for anything modern or futuristic.

Oh, I've got the rural farm sprite creator. And while its good, it does lack the ability to make children and elders. Which makes me sad. Because. Like making families in farm games. Lol.

But yeah... We do need some modern and futuristic stuff. With enough NPC's and stuff to really make it feel alive.

I totally think we should kickstarter it. Lol.

The problem with Kickstartering it is we need an artist who is really good at making these style of sprites and who isn't utterly swamped.

My spriting skills are roughly at the stick figure level, maybe.  I know one of the pro artists on here said drawing an RPG Maker sprite takes a specialized perspective.

Also, would we want Mack or Chibi sized sprites?  I'm using the Germania tileset which is gorgeous but which really needs the Mack sprite sizes.  So, right now, I'm using the "XP" sprite pieces from the Game Character Hub.

It's funny, I know there are lots of great artists out there who prefer doing sprites over tiles, there just aren't a lot of them here for some reason.


I'm working on a pack that's just sprites and faces, so there are packs in the works. They're just a bit draining to do all by themselves so I'm working on tiles at the same time.

I've got a sprite-only pack in the works. I just wish I had more time to work on it so it could be done faster for you all. But definitely planning on releasing more characters in the sprite style that was included in the Zombie pack.

Now, my biggest and most time-consuming element in the sprite pack is the faces and portraits. They double (if not triple) the time it takes to create the sprites, but not including them makes me think the pack just wouldn't be as useful. So, I guess the question is whether people would buy a character-sprite-only pack. If the overall opinion is "yes", it would really reduce the amount of time it takes to finish the sprite packs.

Agreed.  If just sprites is fine it would make things so much easier.

I have no problem with it being just sprites for anything which won't be a PC.  Random Zombie Body #34 isn't likely to be a PC.

Would it be easier to include a few face template "pieces" to create, say, Zombie themed PCs for the Game Character Hub instead of creating tons of extra independent face portraits?

I suppose if all the faces/portraits had the same exact base, it might work. But this would basically make all the faces look the same, and not a lot of people are a fan of that sort of look.

I'd buy the character packs specially if there were the larger size sprites. I like the mack sized sprites but they don't always go well with the vxa rtp or other resource packs. I've tried using my meager art skills to make them look more rtp like but ended up just taking generator parts and trying to place them on mack bases (not pretty either)

Aaah, I didn't know it was more difficult.  I assumed it was easier because the pieces were smaller.

In that case, I'd be happy with having a resource pack of new NPC sprites to play with.   Ideally, a few aliens would be interesting as well.

As it is, I have a neat handwave written into my current game's plot (the aliens are observing humans unobserved, in perfect human bodies) so it works fine.

On a sprite-related note:  Will there be any Pirate-related sprites in the eventually upcoming Corsair Pack?  Hopefully including some dead pirate bodies (after all swordfights tend to be lethal).

With a generator the pieces may be small but each piece has to interact well with others and be drawn completely, you can't just draw what's being seen on the completed character.  Then, once you're done drawing it, it has to be separated out and made all user friendly.  It ends up being a lot more work than just drawing one character and being done.  All the things in my character pack are going to work with a generator, so it's a lot of work.

Side note answer: Nope, the plan is to make a Corsair character pack at some later point.  There will be some lovely pirate bones to decorate with though.

Ii would happily buy a sprite only pack. to be honest I've gotten a little bored with facesets and busts. Don't know why. lol

I just really miss having sprites.  And I am now totally psyched at the idea of a Zombie sprite pack!!!!!

If the modern/future sprites have battlers associated with them, that would be even better. 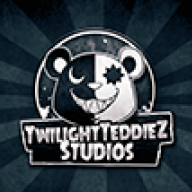 I had plans to use the team I am working with now to actually create free resource Sprites and Battlers for the community in order to increase the amount we currently have. Battlers like these below that come with their only 3x4 Sprite Sheets:

I feel like if I could accomplish this goal maybe we can get more people into the community, however being able to add a set of these would have to wait till we're completely finished with our current project.

However, I'm sure Erlyn would love to work on Sprites and Animated Battlers after her current work was completed

I would very much like a pack of battlers like that.
Last edited by a moderator: Sep 10, 2014

hehe if the fact I draw face should reduce pixel artist time consomming I will really love to do this for free because...we need Sprite!

the sprite need to have more soldier for conquer the world : D!

Dalph
Popular old italian singer be like: We will win against Coronavirus! Humanity was capable of destroying even the dinosaurs! *cry laughs*
53 minutes ago •••
MarioWidjaya123 kyonides MarioWidjaya123 wrote on kyonides's profile.
i need help with this
Today at 2:07 PM ••• 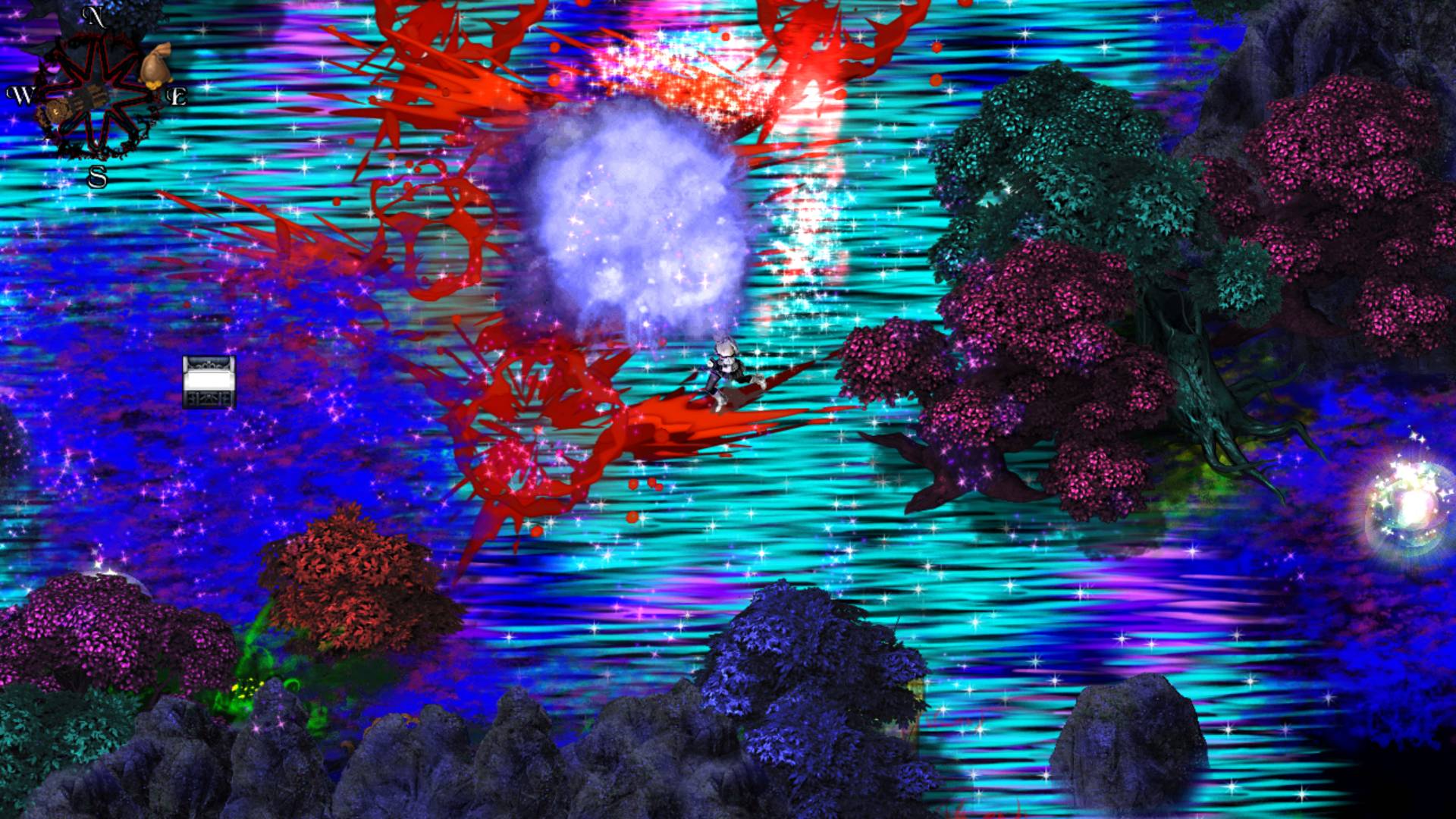 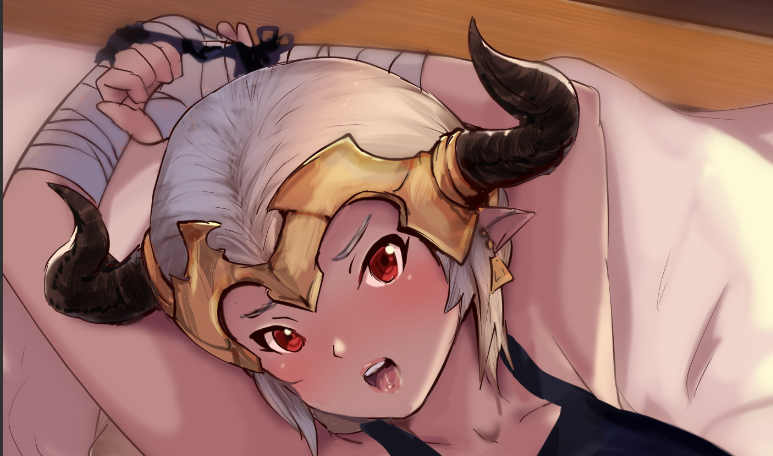