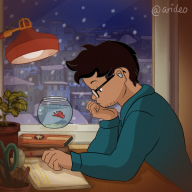 Hey everyone! I'm currently trying to figure out a method to have a overall party size of 10 with 4 party members that can battle, 6 reserves, and a bunch more (34 in my case haha) that are recruited but do not tag a long with the party in a sort of storage or guild place, ala Pokemon's pc storage system. I know yanfly's party system allows you to do something close to this but the problem is that it would only allow 4 party members to follow you (at least to my knowledge) and I would like it to be 10 and the rest in reserves. Also to be clear I am not asking for 10 party members in battle, rather 4 in battle and the others as reserve party members that would gain exp while the other actors in the storage would not, but could be later switched out. Hope this isn't to confusing, please let me know and I will be sure to clear anything up, and thanks in advance to anyone who is able to help!


tl;dr: I am looking for a way to replicate something similar to the Pokemon storage system to hold the other party members while you travel with 10 and fight with 4 in battle.

no need for a plugin, you can easily do this by pure eventing.


On each NPC asking to join, check if that variable is smaller than 10 - if yes, have the actor join, if not set a flag to "available" to make that NPC available at your base


On that base, have one event for each actor asking to join or stay at the base (or be empty if the actor has not yet been found


Still trying to figure out how to use variables but will try and see if I can do it correctly, thanks!

Just to be clear would it be something like;


[Control variables --> Single (using 001 and calling it party size for mine) ---> Operation to Set ---> Game Data to Party Members] then use a conditional (else) branch to state if variable (party size) equal to or less than 10, add said party member(s), else something like a message saying your party is already full.

The Stranger
Every RPG and MMO should let you transmog\glamour your gear so you can look the way you want.
35 minutes ago •••

CraneSoft
The dumbest mechanic I just encountered today : boss recovers 10% HP when a party member is KO-ed, who thinks this is a great idea again...?
Today at 1:52 AM •••

bgillisp
Apparently my brain took a holiday today, so far I've stared blankly at the maker for 3 hours. Duuuuuuuuh.
Today at 12:38 AM •••