Abstract:A series of bizarre murders have occurred on the outskirts of Raccoon City, with signs of cannibalism on the victims' remains. The S.T.A.R.S.are assigned to investigate the murders. Alpha team finds the helicopter of Bravo team in the Arklay forest, they find the remains for the helicopter, and their fellow comrade Joseph, then are attacked by some dogs. Alpha team escapes into the mansion where they must find any survivors and fight of any creatures they encounter

Story / Setting / Purpose:
You arrive at the mansion, and take control of either Chris Redfield, or Jill valentine, you are searching for your comrades who you lost contact with. There was cannibals attacks in the forest and STARS was sent to investigate. A member of STARS Alpha team, Chris is a former US Military pilot before being recruited into STARS
Jill Valentine: A Member of STARS Alpha team, she is a former operative of the U.S Army's secretive special unit known as Delta Force, where she was an explosives expert. he is the Captain of Alpha team of the Special Tactics And Rescue Service (STARS), UI While walking around, to check your health and ammo without going inventory

Save via typewriter and use ink ribbons

Mini-maps on all maps.

Redoing my project in RPGMAKER VX ACE I only have two rooms done so far, but I finally got my inventory working

I changed to VX ACE because XP scripts was too buggy and not fixable and crashes occasionally. So i will be using vx ace and Event everything I can.

Will you be posting the demo anytime soon? The thread itself is very messy, but the screenshots don't look too bad, if a little dim. I can't really offer much based on screenies alone.

i will as soon as i get the mansion finished, i don't want the play time for demo to be 5mins i know its dim, i will sort it out. sorry its messy i am new to posting screenies. I don't know how the pros does it 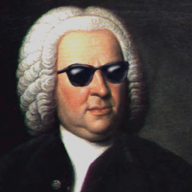 The One Who Knocks (Politely)

For areas of the post with lots of screenshots, like your characters list, using [spioler] [/spioler] helps a lot. ^ ^ (Just spell spoiler correctly and put everything you want in it between them)


I couldn't stand not helping a fellow Pikachu.
Last edited by a moderator: Feb 4, 2015

updated one of the character portraits, can you guess who

chibi said:
updated one of the character portraits, can you guess who
Click to expand...

It's really hard to guess.

This thread is being closed, due to OP's request. If for some reason you would like this thread re-opened, please report this post and leave a message why. Thank you.

RavenBlueIndigo
Stream will be live shortly! Tonight will be the PREMIERE of Killer 7 for the first half of the stream, and at half-stream, we will switch to a session of the Interactive Text Adventure! Feel free to drop by!
Today at 11:14 AM •••