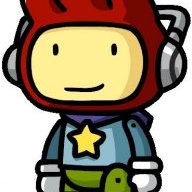 This question has probably been asked many, many times, but I haven't found exactly what I'm looking for, so feel free to kill this thread with a link.

I'm wanting a resolution change for the game, however, I don't want it to be, idk? Stretched? I just simply want the screen borders extended to where my game screen sees what the editor's screen can see.

What the game sees: 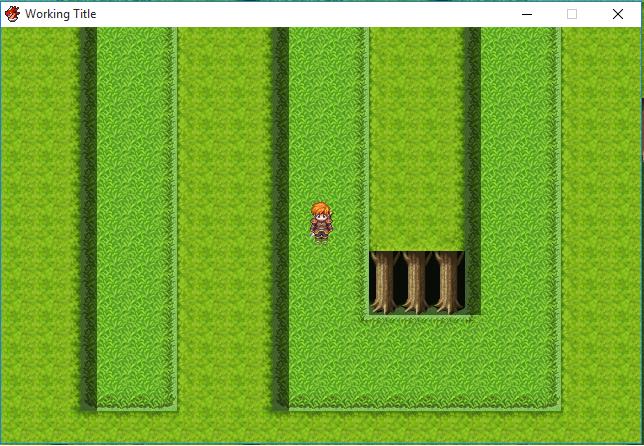 What the editor sees: 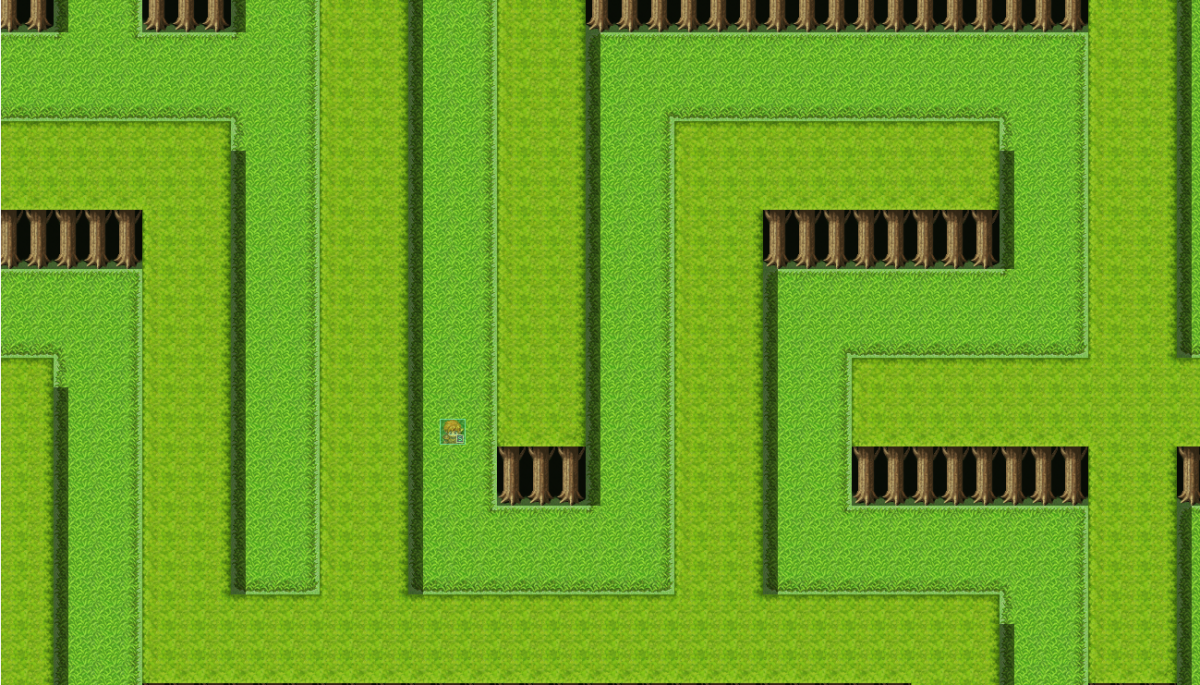 I want the game's resolution to be as wide as the editor, so it's not like I'm zooming in or out and losing image quality, just simply expanding the border.

How could I do that? I don't want to lose quality, I just happen to have some puzzles/mazes that would greatly benefit from the viewing angle being wider than normal.

I saw on an older post that increasing beyond 640x480 would require hacking the exe, which is against the EULA. So, you know... Don't want to do that.

The editor sees more or less depending on the zoom setting you use and how big your window is
Last edited by a moderator: Nov 28, 2015

Good point, haha.
I should probably reword that, then... I want to simply expand the game screen's border. Size doesn't matter, it just simply needs a larger viewing angle. Not zoomed in or out

Ace is limited to a maximum screen size of 640x480. There are several scripts that can be used to change screen size up to that limit, the best option is probably to use Yanfly's Ace core script (search for it on the master script list, I don't have the linke ready at the moment).

640x480 should also remove the black borders on full screen as those happen because most graphic cards can't handle the non-standard default screen size correctly.

Maybe MV can increase the Screensize. Some Members here told me about that before its release.

As far as i heard MV can freely choose its Screensize.

This is the VXAce forum, not MV.  It is probably much more helpful to stick to Ace solutions when replying.

real developer so he can have acces to the higher resolution DLL with bugfixes that exists but isnt released to all public users.

The old one is very buggy the new one is fixed but can get laggy very fast if you dont handle your performance reserves correct which decrease with bigger resolutions dramaticaly like it seems. But to fix that there is this 20€ Script that Pimps rpg maker performance extremly atleast they say that in the advertisement.

So with this 2 things you can increase it. I dont have them. Good luck getting access to the bugfixed high res DLL.
Last edited by a moderator: Nov 30, 2015

Bex said:
so he can have acces to the higher resolution DLL with bugfixes that exists but isnt released to all public users.

Don't you think there are reasons why it isn't released to the public?
Or that Degica had reasons to completely reprogram the engine into JS instead of releasing the android converter for Ace that was in alpha-testing and even got a commercial game out before it was decided that it's better to create MV than to continue working on the converter?


It has been stated before that with those two projects there were more problems than were reported publically and it was considered easier to switch to a new engine with MV than to continue work and bugfixing on those for Ace.

Its not about me and what i think (did not even made up my mind about that topic further on).

Sanyee
Back after almost two years! O_O"
It's time to get back to my unfinished character sprite attempt AND JS/plugin making learning!
A moment ago •••

ImaginaryVillain
Hey guys how come my new plugin that I programmed so perfectly doesn't work? Oh wait.... I forgot to add it to my game's plugins.
31 minutes ago •••

jkweath
While I take a break from developing RPGs, I'm thinking of doing something I've never done before: actually playing an RPG released by someone else. Any suggestions?
45 minutes ago •••