amerk said:
And Timmah has a very consistent style with his battlers that's so different from the RTP, and he has so many of them they could easily replace the RTP. Between his, the RTP, and now Tyler Warren's, there's so much to choose from.
Click to expand...

pst I think you mean Thalzon

Now I must shake my head in shame for my own blunder. 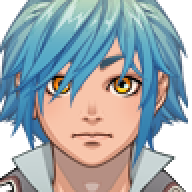 Archeia said:
Please everyone, read this.

We would really appreciate feedback!

Did you guys like our works? Was there something you didn't like?  What do you want to see more from us?

Feedback helps us keep going on giving out these free stuff. We listen to constructive criticism!

So please, take time to comment on the works of our contributors. It really means a lot to us.
Click to expand...

I would like to see more tilesets like the pub, stuff that expands on the default RTP. I'm not sure about a lot of people, but I think the RTP is beautiful if used correctly and I think needs more tiles. 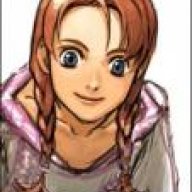 I just wanted to thank everyone who worked so hard to create these resources. And it's all such high quality too, really impressive. I don't have much else to say but, if you want feedback, I guess more animations couldn't hurt. They seem to be the thing a lot of people use the RTP for so more variety in that area would be nice. 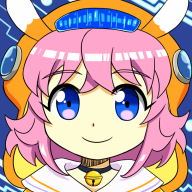 McTricky said:
A bit of trivia. The song "Piercing The Wind" was composed while I was drunk. :3
Click to expand...

If you make great music while you're drunk I could give you beer instead of money if I going to pay you to make music. lol... 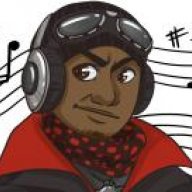 Jomarcenter said:
If you make great music while you're drunk I could give you beer instead of money if I going to pay you to make music. lol...
Click to expand...

Money would fund the alcohol xD

and all restaff member will become alcholic xD? 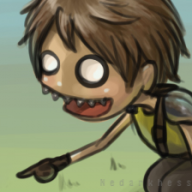 Chiara said:
I'll be posting feedback sometime in the next few days.
Click to expand...

Sorry if I repeat stuff others already have said and I hope I haven't forgotten anyone.

Let's just hope that I'll finish feedback for the February one before the one after that comes out.


@Candacis:I love the A2 sheet. Especially the table with tablecloth will come in handy. I'm just curious about the carpet pattern in the two middle rows, the green and the red ones: Is it supposed to not be centred? It's looking great, nevertheless.

As for the other tiles, those dirty dishes look creepy. I don't want to clean them. D:

I believe the line in the cast shadow has already been mentioned, apart from that I've nothing to say. *makes silly plane noises* I mean, nothing useful, apart from 'looks awesome!', of course.

Well, before I come across the wrong way, I first separate "technical" feedback from the "design" feedback. Technically, the battlers look great. Clean lines, simple colours and gradients. But holy ****, I don't think I've ever seen such an ugly thing ever before. *stares at 'Deadhead Normal' in horror*. Congratulations, you scared someone who usually runs towards monster images with an "awwwwwwwit'ssocutelookatitsfangsandspikes".

Perfect villain theme. Puts images in my head, of bridges made of stone tens of metres above a sea of lava, to a giant basalt throne where some emperor of the deep rises to greet his captives.

Those bones! I'll never have to worry about where to get piles of bones from again. Or spend the time creating them. I never even thought I'd ever need them, but now that I see them...

And a big <3 for the stairs (both of them) in 'Furniture'. Just what I needed.

Aww, eyes! Nothing better than eyes in walls. I tend to use eyes in walls to give my characters nightmares. Now this makes me happy.

One thing I'd like to point out is with 'Blinking Eye': when it's closed, it doesn't look round anymore. Something about the shading of the eyelids I think.

This reminds me a bit of one of your other tracks, 'False Benevolence'. Which is a good thing, means they'd fit into the same game area.

It feels a bit noisy (as in lots of stuff going on) every now and then, but I nonetheless like it.

This one had me at 00:28. Though I'm not too fond of that weird sound that appears after 00:40, but that's just personal taste.

I love the colours of the icons. And vegetables with faces? I can never eat them. D:

Aww, those phoenixes are lovely.

Makes me somehow picture a moment of uncomfortable truth.

- Descend Only Into the World of Perpetual Solitude:

This sounds just wonderful. Even though I usually tend to be overly sensitive to high tones. It leaves me with an impression of light-coloured walls. Don't know why, my imagination is weird sometimes.

- Here Is a Place of Disaffection:

Walking down an empty hallway, the only company are statues or busts in corners with dead eyes.

Man, your tracks are filled with images. This one actually feels like a painting. If this were a painting, I'd talk about good use of negative space. It's wonderfully subtle.

- Other Echoes Inhabit the Garden:

Atmospheric again. Reminds me somehow of the Deus Ex Human Revolution soundtrack, which is among my favourites.

Feels quite melancholic with a slight tint of hope.

This makes me sad. Sounds fitting for character death. ._.

The beginning made me picture a pretty pissed-off death guy hammering against his coffin. Then: "Now, which one of you idiots put me in there?!". Haha, the whole track is a scene in itself. My imagination has lots of fun.

Really like the beginning part. And the ending. Yeah, also the middle part. Whole thing is great.

- Restaff is in the Air:

Has some really nice-sounding parts, but thanks to my hearing being overly sensitive to high tones I couldn't really enjoy it, unfortunately. ._.

Same goes for this one.

Interesting designs, I like the battlers. The tomato ones could have used some bounced light in the shadow areas, though, to make them look a little more round, but then they maybe don't fit with the rest of the battlers anymore, I think. Don't know. Just wanted to mention it.

Wow these are incredible! Is the pub available for commercial use? I checked the restaff resources commercial usage forum and Candacis wasn't there for either.
Last edited by a moderator: May 28, 2014

She should have commercial terms of use in her folder 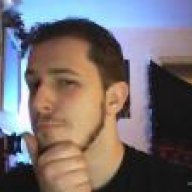