Rewards at the end of the game? 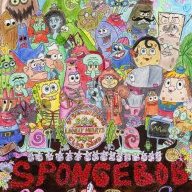 So I’m making a game that has an optional area. It’s a dungeon that’s a boss rush of optional bosses. My problem is I haven’t found anything for that dungeon to reward the player with if they beat it. If there’s no reward people won’t go there so I need some help. I don’t know if I should look somewhere else but I have no ideas for it. 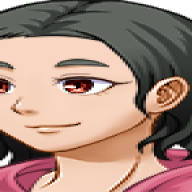 you could reward armour gold weapons potions special items anything really that could help the player out.

Most post-game optional bosses tend to give powerful weapons/armors/abilities which aren't necessary for beating the game - and people still pursue them.

If you want to go a different route, you could include some cutscenes that reveal something about one of the game's characters past or why their personality is a certain way.

A rare and semi broken item yet not required to have to clear your game, but still nice to have. I have an optional hidden stage that one of my player complained a lot how troublesome was that. But once I asked "how is the reward?", he said it's worth for the trouble.

An extra story would be good as well.

Discussed this a couple months ago - here's a link to my post in the thread, with several suggestions for things that are appropriate as postgame rewards.

Bonus scenes that explain the story even more is always something that gets me doing optional content.

If there's only limited powerful equipment available during the normal game, make it all available in the post-story. Or yeah, make additional story chapters to tie up loose ends.

I've personally never liked it when games hide powerful weapons behind ultimate bosses, because I feel like I just beat the one thing I actually needed something that powerful for before I got said weapon.

Then again, I'm also not a post-game player. Once I beat the game, I don't care to go back and do an optional dungeon just to curbstomp more enemies with powerful items I can only find there, as I see no point to it.

Well, if you plan to release it on Steam, then there is a simple answer: Achievements.
There are many people "farming" those steam achievements and those are reward enough for them.. -> a 100% completed game.

Another (non-Steam) option could be player skins.
Skins are often treated as collectables, yet not necessary to beat the game. So actually perfect for the post game. 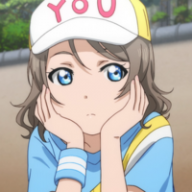 Some kind of ultimate weapon or armor would probably be a good reward...well, depending on how brutal the boss rush will be and whether or not this ultimate equipment can break the final battle or something.

But as other people have said, some extra story wouldn't hurt either.

What makes me persue post-game content is nearly always lore/character based interactions or content. I´d say extra weapons and stuff like that works if you are able to implement a new game+ feature into your game. My own take on the matter is trying to implement a feature where characters can back-port their character data to previous episodes (my game is episode-based). This means they can use new abilities in the old episodes and find new story-related stuff.

I always get a laugh out of superbosses yielding nothing but a worthless item that commemorates the slaying of said boss. Like the Omega Badge the player gets after slaying Omega in Final Fantasy V, or the golden turd you get from Hetsu after finding all 900 korok seeds in Breath of the Wild.

I think extra story content to go along with the optional dungeon is nice, mostly because it provides extra motivation to see it through. For example, I once played a game where a few of your party members end up dying in the main story at various points. In post game there is an optional dungeon that sort of is like an afterlife and you meet some of those party members there and they team up with you briefly and also sort of come to terms with how their life played out. FF II had a section like this as well, its mostly just something to provide some context to the extra content.

For some, achievements like on console or steam are enough to see something through. The items like Eschaton mentioned were often done in older games because no such thing existed, It was your way to show your buddy, "hey I beat that tough boss." Achievements let "the world" see that and that is something that matters for some players.

For some challenge is enough, they like having to push themselves further in the game, test their skills even more.

There's also something like the Star Ocean games and games by their developer are known for, the game truly opens up its systems in post game; you need to know the crafting system inside and out to make the best gear, you end up having even a couple hundred levels left to get. This is ultimately a way to enjoy the game and what it offers after you beat it, make it feel like you are starting out at the bottom again. It sort of becomes a time sink though especially if there's no real story content to go with it like the main game and if you don't enjoy playing the game that much, the the player might just drop it eventually.

Essentially an optional area is optional, you can try to motivate the player to complete it or see it but some might just not do that.

bgillisp said:
I've personally never liked it when games hide powerful weapons behind ultimate bosses, because I feel like I just beat the one thing I actually needed something that powerful for before I got said weapon.

Then again, I'm also not a post-game player. Once I beat the game, I don't care to go back and do an optional dungeon just to curbstomp more enemies with powerful items I can only find there, as I see no point to it.
Click to expand...

I wasn't for awhile, until I thought about it for a bit.
Sure, I admit post-game activities isn't for some folks, but others really seem to like it so it definitely has merit.

As more of a challenge player myself id probably try to kill it just to see it die. But not if that means an hour marathon of dinking the 1m hp super boss. Similarly i wont grind to get high enough stats to beat said boss if it means doing anything tediously repeditive.

Any reward you give post story isnt really of any value anyway especially if the superboss is stronger than story boss.