Hello, everyone. Technically, I am new. By technically, I had an account and posted a post many many years ago, forgot about it, made another, had a mod combine the two.

Vectra is not my real name but I use this name when playing games. I got the idea of the name od Spectra, my favorite character in Bakugan; I replaced the "Sp" with a "V".

How I came to use RPG Maker
My Mom introduced me to Rpg Maker when I was 11. At the time, Vx Ace didn't exist so I had Vx. I created a solo-group called "Vectra Productions". I am an Event Specialist; I teach eventing. I'm originally from Rpg Maker Central, and I have came here ("again" apparently) because a friend suggested the Forum to me.

A lot of scripts I ran into was either not what I was looking for or it required me to sign-in(I thought I was too young to join the forums(I was 11)). So, I started eventing since I didn't have many scripts to use. Within a few days, I evented stuff most people thought was impossible. I specifically joined this forum to spread my knowledge of eventing. I've been eventing ever since I was 11 and I still create evented systems. I helped various people with there eventing problems. I made tutorials and such (In central), and I even won an award as best eventer.

Now, I'm talking about Central obviously, but I at least hope to eventually be able to do that here. In the meantime, anyone may PM me for any answers to problems you have. I am also watching forums that contains such people with eventing problems.

Besides eventing, I'm good at the following
Mapping
Writing
Databasing
Coming up with names
Creating ailments

About the non-rpg me
I am very laid-back and easy to get along with. Besides creating/playing games, I would create books and cartoons. Last year, I got into politics (I'm Conservative). I do relationship therapy a lot; I haven't ever been wrong so far so that's good.

In my personal life, my father used to be an abusive drunk when I was younger. He's sober, but now uses emotional blackmail and all that jazz. I don't talk to him anymore because when I don't agree with him on something (usually to do about race), I am Anti-Black (I'm African-American, by the way). He obviously isn't the only one because as a Black Conservative, I've deal with that all the time in which I'm not friends with those people either.

Besides that, I'm a person that loves RPG games like Elder Scrolls: Oblivion, Skyrim, Kingdoms of Alamur: Reckoning, Dragon Age (all 3), etc.

I tend to identify myself the most as a relationship therapist because that's my life long goal. So if any of you need help because your boyfriend called you a slut or your girlfriend told you you're not a man, you can tell me, I'll give the best advice I can give, and I won't tell anyone.

Real-Life Friends
I barely have any. Most of them are online friends and only a few are my age. I'm 17 and most friends I have are 30 or older. The oldest person I know, I believe is in his early 70s or late 60s.

Muh Signature
In Central, I have a debate blog. I heard blogs aren't here, so I have it in the link in my signature. It's fascinating; You won't be disappointed.

Rise of the Fiend Lord
I, in the role-playing world, identify as a Demon Elf Lord in charge of Demon Elves I call "Fiendish Elves." Quite ironic considering I'm Christian and I luv muh Jesus. PRRAAIISEEE DA LLAAAWWWDDDDD!!!!

Also, my name is Lord Vectra in RPG Maker Central if you ever go there.

Welcome to the forum. Looking forward to throwing some unsolvable events your way!

Well met, @King Vectra. No idea why I said well met, but let's go with it.

You sound like a decent, and fun, bloke. I hope you enjoy your time here.

BrandedTales said:
Welcome to the forum. Looking forward to throwing some unsolvable events your way!
Click to expand...

Well met, @King Vectra. No idea why I said well met, but let's go with it.
You sound like a decent, and fun, bloke. I hope you enjoy your time here.
Click to expand...

I hope so too. 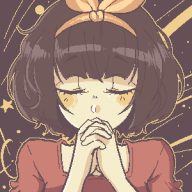 Hey! Welcome to the crew. You're interesting person and I'm curious to see something made from you in the project thread as soon as possible. Good luck for your project and ideas

Gamefall Team said:
Hey! Welcome to the crew. You're interesting person and I'm curious to see something made from you in the project thread as soon as possible. Good luck for your project and ideas
Click to expand...

mlogan alltheyuriz mlogan wrote on alltheyuriz's profile.
Please be aware that our Status rules ask members not to make more than 2 status updates in 24 hours.
59 minutes ago •••