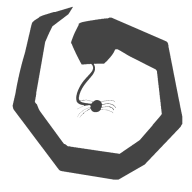 "Norm is adaptation, originality is the exception"

Good evening from the Ludi Tarantula team!
Like we said in the title, we need multiple artists.

After two years in which we tried to do both eventing and the art for the game, we recognized how much does it take to do both of them: we are always unsatisfied with our results. That's why we thought we may need someone who has more knowledge than we do.

Until now, for the art we have split jobs for us two: Pao did the maps completely by herself with pre-made tilesets and Ele did the art for the game in general, so also with coloration.
We decided to search for artists because we are currently going through a graphic re-styling of the whole game.
Even if we find someone that can help us, we will not leave you completely alone:
-PaoGun is, in any case, our writer, map designer and sprite editor
-Ele is the general concept artist for CGs and potraits (together with taking care of the gameplay, cutscene directing and, in general, the eventing of the game).


Frankie wakes up chained to a bed. He just wanted to denounce his father’s crimes.
Perhaps he should have expected to be abandoned there,
in the house where he was raised before he could venture into the city,
where happened the last tragedy that caused the trauma because of which he now suffers from severe hallucinations.

But the boy is not alone. In the same house, Oliver, one of his old classmates from the Georg Friedrich Hildebrandt Institute, is waiting between life and death for his injuries to be mended.
So, moving on to the artist work we are asking, you may wonder:


What kind of artists we are searching for? 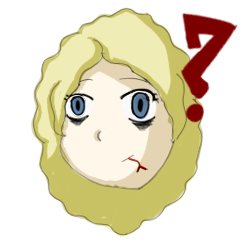 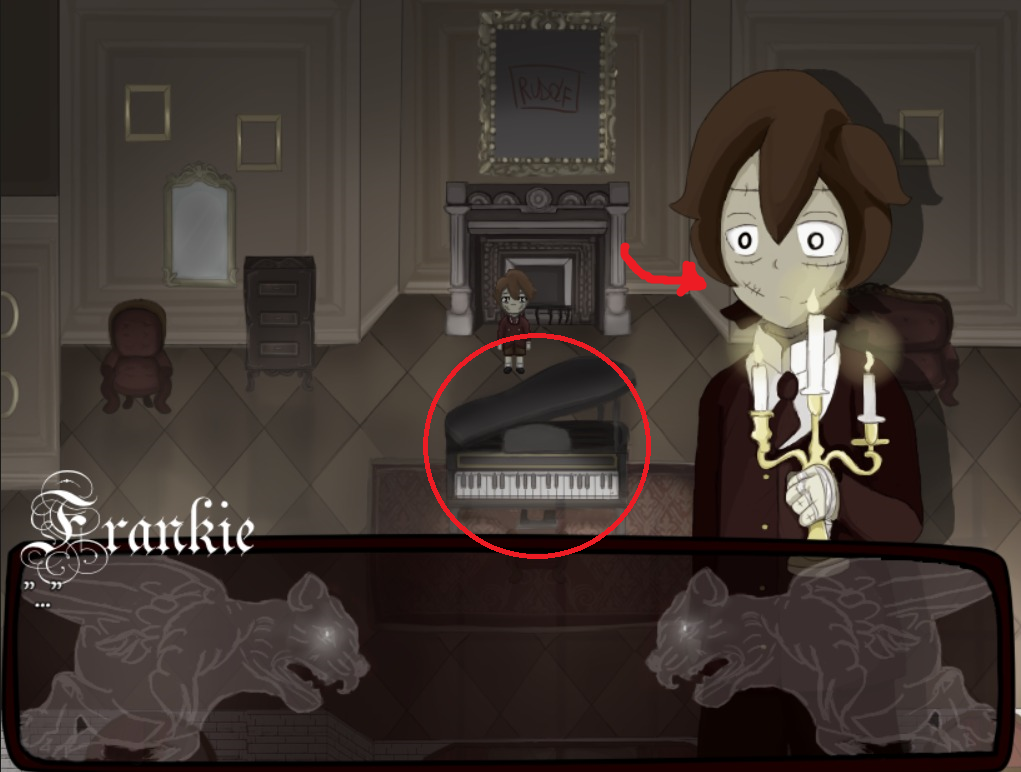 ​
This is one of the reasons why we chose to ask for artists.

To make an example, the shading of the objects doesn't seem really proper for a game that should be released to a public, also because they look a bit out of place if compared to the wall and the floor. So we think that a colorist can help us reach that homogeneity that we couldn't completely do alone.
For the same reasons, the same person has to do the same with potraits. In this screen we can see a more "flat" style of colouring. The reasoning we did is the same: all of this isn't really homogeneous.

​
No. This was our shading we experimented in the last few months. We will offer the material to do the experiments you want.
We will explain how shortly. 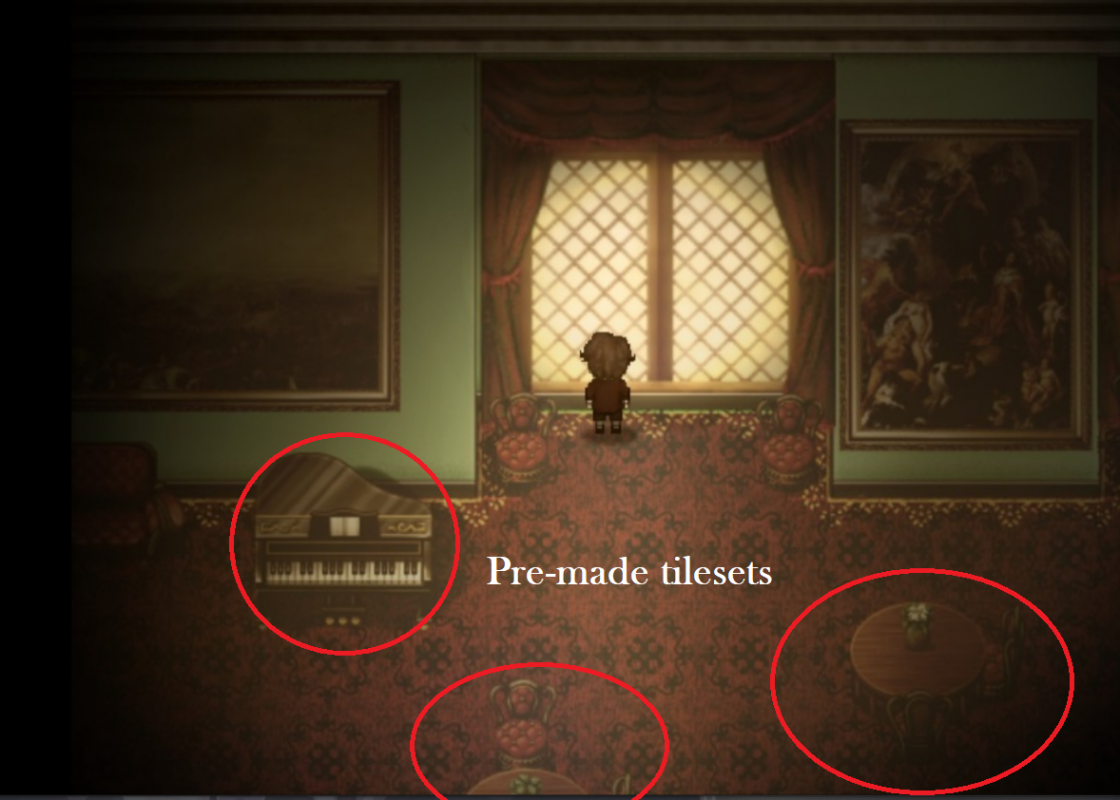 Because until now we worked with pre-made tilesets (you may recognize Celianna's and PandaMaru's). In the preparation of parallaxes, we limited ourselves to uniform everything, and the RPG Maker illumination (made with the Terrax plugin) merely accompanied the illumination of the parallax.
Now that the maps will be drawn by hand, and we don't know how to shade correctly, we have problems on how to shade the parallax and it's more difficult to choose the right lights on RPG Maker.
The reason we will offer apposite RPG Maker MV project is because we want to give maximum liberty on that behalf, so that you can experiment however you want with the lights. It is not mandatory, if you don't do that we will take care of it. With a better parallax it will be easier for us.
PaoGun, the annoying snake


CG Artists​
Well, we need a CG artist almost only for a matter of time. I, Ele, am not a professional: I take lots of time to draw things, and making concept arts for a reeally large cast that will have potraits that will constantly change positions and also CGs would be the death of me, I'll be honest (also because I can't draw backgrounds).
The concepts of the CGs will be given by me, EleRantula (or Ele), I will try to make them as understandable as possible.
I'd like to specify that our only important condition is to follow the drawing and coloring style that the potraits will have, for coherence.
IMPORTANT DETAIL: The CG assignment we give in the MEGA folder will NOT be used for the game (the cutscene won't have a CG). It will help us evaluate how your work adapts to our game.


Artists for promotional art​
This is the category of artist that will be more free than the others (but please, don't recruit yourself in this category just because of this!).
This one explains itself: we need an artist for art that we will use for the promotion of the game.
This artist will have the project of the (not releasable) demo with all the scenes and dialogues, that are complete.
This person can let themselves be guided by their inspiration to draw certain scenes from the game and, eventually, even some more simple character art, just to show them to the public.
For this category, you are more "loose" on style, but Ele always advises to try to follow the game's artstyle as much as possible (if you need it we can help you on that by, for example, adding the faces to your sketches).
For the coloring style, this person is completely free. The only keywords are: "catchyness", powerfulness and SPECTACLE.


How all of this is organized? 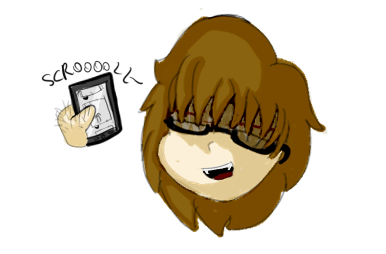 ​
Every material we mentioned is here!
MEGA FOLDER
Just download the material destined on the category you want to propose yourself for, and when you finish working on it, post the results under this topic. Even in the future we will work with .rar (or .zip) archives where we will give you linearts and first palettes (especially for the maps: in short, for the first artist category we wrote about).

At the moment, the artist we need more is the colorist for maps and potraits, but also CG artist are well accepted.
For now, the "promotional artists" are the ones we need less, because we will think about promotion in a later stage, so we will think about promotional art way later than art that will be useful for the game per se... But if someone wants to try, go on and ask: we don't bite!

We hope that this initiative will catch your interest, even if we have no monetary compensation!
Thank you for reading this announcement 'til the end!

"Norm is adaptation, originality is the exception"

UPDATE:
In the last few days we are also turning to professional artists who are doing some tries on our material. Given our preference for free work, the tag will remain "FREE", but we advise that any prices can be negotiated by artists interested in collaborating with us.
You must log in or register to reply here.
Share:
Facebook Twitter Reddit Pinterest Tumblr WhatsApp Email Share Link

AeroPergold
here's another RPG Maker remake idea: "Plumbers Don't Wear Ties". I'll salute to whomever does this
55 minutes ago •••