[RMMV] Cannot Save with Tactics System 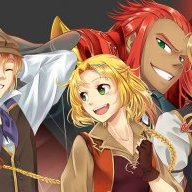 So I couldn't really find this mentioned anywhere... I could just be stupid or blind.

But when I turn on the script for this:

Tactics System | 1.0 by arleq1n Download Link Introduction The Tactics System is a tactical battle system for RPG Maker MV. It contains the basic features to build a tactical rpg. I tried to write the code as simply and clearly as possible. Download You can download the system on my...

Tactics Battle system. I am no longer able to save. I open my game in playtest and it gives me the buzz sound whenever attempting to save.

When I turn off the plugin, I can save.

Why dont you post this issue on the plugin topic?
Maybe the author can help you.

Assuming you're getting the Buzzer SE (and not seeing any save functionality occur) on a clean project file with only this plugin, and across multiple plays (i.e. it even happens when you close the program, re-open it, and start a New Game), that almost always represents a bug where the plugin is attempting to write/marshal data to the save file in an improper way.

I'm going to leave this thread open in case someone has found a way around it, but I think your best bet is to post in the thread for the plugin and be as detailed as possible about what you have tried already. The plugin has only been released for a month (and seems to have several bugs in its initial build), and the plugin author is still active in that thread, so it's likely that he will able to fix it.