SmashBroPlusB said:
...how would I go about adding a random number to a formula? Specifically, doing something like "ATK + d4" where the random element is a flat value, and isn't percentage-based like the core Variance value on skills.
Click to expand...

I'm a new member, so someone else might answer this before I get out of moderation, but from looking at js/rpg_core.js, it looks like you should be able to get a random number between 0 and 4 by using

Notice you pass in a 5 to get a random number between 0 and 4.

I guess those formula and the agility system in the JS code are the only things left of those good old battle formula ?

I mean, I really miss the dexterity factor, and trying to replace the luck with it is kinda harsh. I know traits are supposed to replace it but I don't think they can make the chances to hit or crit evolving with leveling and upgrading stats...

I have searched into the main JS codes, but didn't foud much. Anything I missed ? 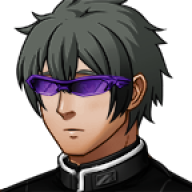 Hey! For anyone else having trouble with random integers, I think I figured it out!

a.atk + Math.randomInt(4) +1 - b.defWhile looking at another plugin that changes the starting value for TP, I noticed a "Math.randomInt()" being used in the plugin's functions. Seeing as how rand() was clearly broken, and I didn't really have anything to lose, I decided to toss this in and give it a shot... and I'm getting random damage within 4 values, just as intended! 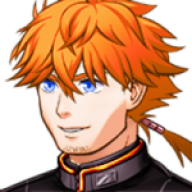 Oh yes.  I've yet to do too much with it, but I wrote a somewhat complicated looking formula:

JahwsUF.Utils.logScaleDamage = function(atk, def) { return atk * Math.log10(atk) * Math.log(1 + Math.pow((atk / def), 2)) / Math.log(2);}It's surely not a perfect match, but it's designed to do damage scaling similar to that from the Final Fantasies - it's not subtractive in the slightest.  You could take the formula (the contents of the line after "return") and put that in the formula box directly, but I'm planning to use this core function so often I made it in a plugin so all my formulas can reference it and then modify potency after the base calculation (like Pokemon does). 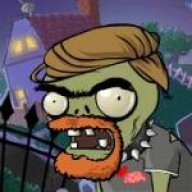 I've seen a few people ask about this but I have not seen any answers yet. I tried a few things and (thanks to Script Call list) figured it out.

The easiest way to add a state to the user of a skill is to put this in the damage formula box:

a.addState(n)where n= the id # of the state of course. For example, state number 0027 would be entered like "a.addState(27)"

A lot of my skills involve state manipulation so I am very pleased to find this and share it.

Would you mind explaining us all the Math. functions? 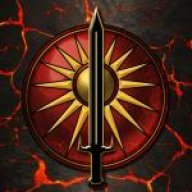 This will bypass the defense stat entirely and deal damage based on the Physical Defense SP-Parameter.

a.atk * b.pdrThis is useful when using a plugin to allow defense to directly affect the PDR stat.

For magic based attacks you can use this:

a.mat * 1.5 * b.mdrReason I use these over traditional Def and Mdf is due to 'lower level' attacks or enemies becoming too trivial past a certain point. With a.atk * 4 - b.def * 2 you quickly find that an Atk stat of 10 is trivial to 40 defense or higher.

Of course the real trick is making Def affect pdr and mdef affect mdr in a diminishing return. That's something I've been trying to work out in Ace. Haven't been able to do it in MV yet due to not having a plugin yet to make those stats interact.

Would you mind explaining us all the Math. functions?

To compute the natural logarithm of something:

Math.log(x)It's the inverse of exp(x).  Using the following instead computes log base 10 of x:

The last special math function used above raises x to the power of y:

In context of the formula above, the design is such that when attack and defense are perfectly matched, damage dealt grows at a rate of x * log x - it grows slightly faster than the attack value itself, so you'll always feel like your character is growing and dealing more damage as long as you aren't attempting a majorly low-level run.  (Think variable attack, fixed defense for this part.)  This is modified by the other log portion, which multiplies this "base" attack value according to the ratio of involved attack and defense.

Stronger attack values compared to defense will boost damage reasonably, while weaker attack values will progressively weaken damage without zeroing it out except for the most impossibly mismatched of cases.  Defense thus serves to scale damage while not neutering it.  Enemy damage output stays relevant for longer, though the growth rate of damage allows more rapid overpowering of old enemies.

Some rough figures are below.  Note that in these figures below, it's best to think of the implications as if attack is fixed but defense is changing, as the "base damage" is solely based on the attack value - that atk * log10(atk) portion.

atk = 0 would be required to do literally no damage except for extreme rounding effects.
Last edited by a moderator: Oct 26, 2015

Taemien said:
This will bypass the defense stat entirely and deal damage based on the Physical Defense SP-Parameter.

a.atk * b.pdrThis is useful when using a plugin to allow defense to directly affect the PDR stat.

For magic based attacks you can use this:

a.mat * 1.5 * b.mdrReason I use these over traditional Def and Mdf is due to 'lower level' attacks or enemies becoming too trivial past a certain point. With a.atk * 4 - b.def * 2 you quickly find that an Atk stat of 10 is trivial to 40 defense or higher.

Of course the real trick is making Def affect pdr and mdef affect mdr in a diminishing return. That's something I've been trying to work out in Ace. Haven't been able to do it in MV yet due to not having a plugin yet to make those stats interact.
Click to expand...

that would apply the pdr/mdr reduction twice. 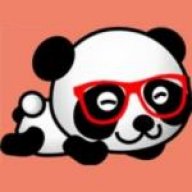 I was wondering is it possible using the damage formula to have a state applied to self after dealing damage with a skill? Currently i am using
(a.atk + a.mat) * ((a.hp / a.mhp) * (a.mp / a.mmp)) ; a.addState(18) , but this ignores the whole first part. Any help would be appreciated. Thanks

Put the a.addState() first.  The damage must be the LAST thing in the formula.

You answer all my questions shaz! Thank you!

Hi RPG Makers, I've been poking at the damage formulas some.

Hopefully these ideas can help others come up w/ even better ones!

a.atk * 4 * b.elementRate(12)^Is a pretty simple idea, but may be fun for you. I made element 12 Orc-slaying. So, ogres and orc variants have like 250% weakness (versus everyone else's standard 100%). I put this attack on Warmup and Cooldown (Yanfly scripts) so every few turns you can pretty much wreck an orc. Even against non-orcs, it's still a certain hit not modified by b.def so it isn't a total waste... just probably not the most optimal move. Giving the attack the orc-slaying element makes the attack's whole power about 2.5x stronger vs. orcs. (If you want to amp up the craziness, try a.atk * 4 * (b.elementRate(12) * b.elementRate(12))  ...that'll super wreck orcs. It may not be useful for every game, but being able to super exploit a weakness always seems interesting to me.

I got a lot of my ideas from http://www.rpgmakervxace.net/topic/8986-skill-ideas-you-can-do-with-custom-formula/ and Fomar's old blog but, tried to do them w/ js. For some odd reason I'm having a heckuva time linking to http://cobbtocs.co.uk/wp/?p=271
Last edited by a moderator: Oct 27, 2015 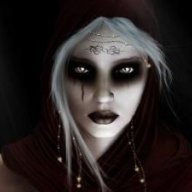 an idea of mine for the maker, or something similar. I found no other thread where that can purely

they can at least make a converter from Ace to MV. there are many who viewed the whole pack bought.

and then it works, as in my case, with the current Converter plugin not. I only want the Tilesets and villt character and not the whole map, or anything.

Then I can make my game in the Ace still the same, if you can transfer finished goods from there to the MV. This is something absurd in my opinion.

but I want my game in MV do with the resources from the Ace. XP is not important for there eh hardly anything but at least at the Ace would have to think properly.

otherwise I love the new MV he's great. Would that still be governed by the Ressoursen he would be close to perfect .. well except some small errors and bugs

It might be a useful way to distinguish Magic spells.  More powerful single attack spells could have a higher damage floor so they always deal, say, 100 points of damage, regardless of magical defense.

Can we make a list of all the JavaScript functions/methods/whatever-it-is-called in the original post? That would be awesome!

I had this skill that would let you swap around an ally's HP and MP, this was the VXAce formulae:

How do I make this skill work in MV?

Full explanation of the formulae:

There is no need for the to_i function.  That is Ruby specific.  In fact, Javascript treats all numbers (except array indexes) as floating point.  Try:

1. How do you get the number of states on someone?

Arctica
Well. Looks like I need to redo the entire battle system in order to have the things I want in it. Also I'd like to say that console.log() is the greatest function in Javascript XD.
39 minutes ago •••

gothicvoid
I did a thing

Featherbrain
Made a new battleback this week! How's it look?
Today at 12:06 AM •••
Amerain133
"This is the real secret to life - To be completely engaged with what you are doing in the here and now. And instead of calling it work, realize it is play."
Yesterday at 4:19 PM •••