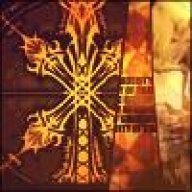 I'm using these two plugins together (and a bunch of Yanfly's other stuff, because seriously, what a hero) but while I'd like to use the Skill Learn system right from the start of the game, I'd like the Class Change system (I'm using it for subclasses only) to be a late-game feature.

Now, I can figure out how to disable class changing as a feature, no problems there. But even with the class change system disabled the Skill Learn system still allows characters to learn skills from whichever class they like. That sets a trap of confusing players into thinking they can mix and match class gameplay right from the start (they can't, those learned skills are unusable), and also spoils the names of the classes that are unlocked later in the game.

Is there a way to make sure each character can only unlock skills from their own class/subclass, and to hide the list of other classes? So far I can't see the option, so I'm hoping I've just missed it. I'm happy to try and learn some more advanced methods of achieving this too

you have <Learn Skill: x, x, x> on the sub classes right? not the starting classes?

you could also use <Learn Require Switch: x> on every skill and link learning subclasses to the switches

Classes and subclasses are mostly the same. I have 8 party members, all with their own class, and late game you unlock the ability to subclass them all. At first to one of the 7 classes they don't default to, and later on to some of the extra classes you can unlock as end game optional content. Each class has its own set of skills to learn with the <Learn Skill: x to x> set up.

The plugin automatically colours the "equipped" class yellow though, so I wonder if there's a way of telling it to hide the classes that aren't equipped, since it's running a check on them anyway. At the moment, if a character is a Thief for example, the skill learn list would look like something like this:

You then select from that list of of classes which you'd like to learn a skill from. Ideally, I'd like to hide all classes that aren't yellow.

EDIT: IT WAS SO SIMPLE! I had disabled the class change function for the start of the game, but hadn't edited the list of classes unlocked by default for class changing. Changing that parameter from ClassChangeCore to list no classes at all has fixed it, so now each character can only learn skills from their own class until I specify otherwise