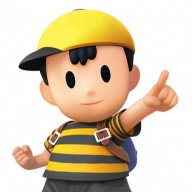 Hey everyone! I'm using Yanfly's Music Menu plugin for RMMV (see attached picture), and it works perfectly *except* I found one song that seems to be "recognized" by the plugin as two songs at the same time, when that one song is played in game. Basically, my battle song gets recognized as *both* my battle song *and* a completely different song too (which happens to eventually be for the game's airship music).

Here's a really short video clip demonstrating the issue:
Everything else unlocks/works fine with this plugin; all my BGM that is encountered in my game is properly recognized by the Music Menu plugin without revealing any other BGM that hasn't been encountered yet... except for this weird situation. I know that I could hypothetically remove my airship song from the game and replace it with a different song, but I'd rather not... I'd rather figure out what's going on here, and see if there's a way to adjust something on my end, so that I could use the BGM I want. (I'm only using standard, default BGM too, so it's not like any of these music files are weird versions that I've customized.) Thanks!