Here's a rather bizarre bug for you guys to chew on. So, today Steam decided it needed to reinstall RMMZ, even though I've been using it for the past year and opened it just a few days ago. Now MZ won't open my project because it "can't read actors.json". And it does the same thing for (almost) every project in my PC, even ones I didn't make (like Visustella's Sample Project). So, I go into the data folder (still in the "Open Project" window) and nothing is in there. Same with Audio, JS, etc. Okay, so maybe it doesn't look for those files, only the one called "Game," because that's what you click to open a project. When I use Windows' regular file explorer it's all there. (Phew!) So I open the files in Atom and they're completely blank! Something somehow erased literally everything in my data files, turning them into essentially blank pieces of paper. The files themselves exist, but they're just blank! All of the image assets, audio assets are there. I have the pieces, just not the stuff that puts them together. Am I making any kind of sense? Am I going crazy? It's definitely driving me crazy. That was a ton of work I lost! Has anyone seen this before? What the heck did Steam do to my projects? Is my data corrupted? (I don't even know what that actually is, I'm making wild guesses.)

Uninstalling and reinstalling MZ shouldn't effect your game projects at all. Are you sure something else didn't happen on your computer? I would find a good anti-virus and run a scan if I were in your shoes.
Last edited: Aug 6, 2021 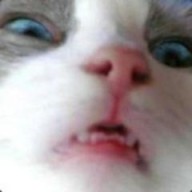 I've never encountered anything like this, I'd be worried something is up with your hard drive.
You run running a data recovery program such as Disk Drill to try and retrieve the files.

To prevent issues like this you should look into version control systems such as GIT or SVN.
I personally use GitHub to host my projects.

@Tea's Jams I'm running a scan with McAfee LiveSafe. If it is a virus, I'm lucky I caught it and that's all it got. Everything else on my computer seems fine.

@phteven It's not the hard drive. The files themselves are there; the actual text of the code is gone. I open them up and they're blank. Like something went in and hit backspace on everything.

it's not a virus.

either you had a power loss while the the editor was open, or a failed sync if you had been working on a project while that project was in a cloudsync.

The problem is that the RPG-Makers handle their files like a database (like MS Access or Filemaker) does: constantly open and being written while the editor is active. That is a requirement because otherwise saving would take many minutes to complete.
But it also means that if a cloudsync is attempted on a project while the project is open, that sync will fail (as only one program can open a file at any one time, and the RM has it already open) and null all the cloud-versions of the project files (because the "fail to access" from windows is interpreted as "empty file").
And the next time the editor is closed without saving, the cloudprogram will overwrite your local (older) files with the (newer) nulled files from the cloud.

If your cloud has versioning storage, go back to the previous version.
if your cloud doesn't have versioning, then your data is lost and no recovery is possible, because the files have been overwritten with the nulled files from the cloud.

which is why for many years the advice on this forum was to never store your working directory into any cloudservice, until the first cloudservices with versioning storage appeared.

@Andar I get what you're saying, but none of my files were in the cloud for exactly that reason. I suppose the power loss thing could have happened, though I have no conscious memory of such a thing happening. Either way, it appears I've lost the data anyway. I have no backups, no versions that I'm aware of, nothing.

Cloudsync can ruin files in multiple projects? Without them being opened? That's pretty scary stuff.

Tea's Jams said:
Without them being opened?
Click to expand...

no, for that effect they need to be open in the editor (or in a different program) because it can only happen when the files are already open when the sync is attempted.

if multiple projects were affected, then it has to have been something else.


WilsonE7 said:
I suppose the power loss thing could have happened, though I have no conscious memory of such a thing happening.
Click to expand...

How old is your computer?

No regular error can null files over multiple projects (not even a power loss unless you opened all projects within a minute of the power loss), but if your computer is old and your harddrive nearing end-of-life, then that can happen due to a masked harddrive failure.
please use a program like checkdrive to read the smart-status of your harddrive. anything above 80% is OK, but if the number has dropped much below 80% the drive should be replaced as soon as possible.

@Andar I didn't have multiple projects open at once. My computer's a 3 or 4 year old Dell Inspiron. Apparently Dell's built-in optimization suite ran a hardware check on August 3rd and didn't report any problems. I'm running it again, though I may be pursuing an untamed ornithoid without cause, as its hard drive check presented no problems. Don't take this the wrong way, but this "check drive" thing is safe? Is it a download or something on the web?
Last edited: Aug 7, 2021

it is a name of a program that can read out internal data from your harddrive, like the amount of unallocated reserve sector left - something that you don't get from regular drive properties.

Every harddrive has additional sectors hidden from the outside that go beyond its official size. Those sectors are used if a hardware failure makes a sector unusable - in that case the damaged sector gets replaced with a reserve sector. The data there is lost but the drive continues to operate.

However these type of hardware failures are only rare when the drive is new. the longer it operates, the higher becomes the chance for such a failure to happen due to wearout.
And if the harddrive approaches end-of-life (which can be after 10-15 years or after 3-4 years depending on use and environment) these errors cascade.

The SMART-status of a drive takes into account how many reserve sectors are left. Having lost a few reserve sectors is normal due to production tolerances. But having very few reserve sectors left means that the cascade at the end-of-life for the harddrive has started and your drive will completely fail within a few more months.

There are other possibilities that can cause similar data loss, but you should check for this case because if it is the cause, you'll need to backup everything as fast as possible.
3 or 4 years should be nothing on normal operations of harddrives unless your computer is running extremely hot. But that has been known to happen.
You must log in or register to reply here.
Share:
Facebook Twitter Reddit Pinterest Tumblr WhatsApp Email Share Link