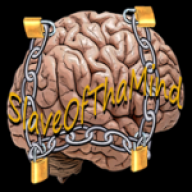 Anyone have this game? I bought it a while back and started playing it before I quit due to time restraints. Weeded it out. So now I've popped my disc back in and installed it. I'm on the 3rd venue so far on bass. I wish it had options for 5 string bass included... ( Maybe on the 2014 edition )

Has anybody got anything good or bad to say about the game?

My brother got it on ps3 and it just wouldn't calibrate for anything. (he didn't have a digital optical lineout I think so there's an issue with the latency) Anyway. He wound up selling it and not really getting into it, so I thought I'd give it a go on my computer. Works flawlessly! I am enjoying it a lot.

What are some of your favorite songs to play? ( Base or DLC )

I haven't gotten any DLC and as I stated I have gotten to the 3rd venue. I like playing them all, that I have unlocked.

The bass is such a fun instrument to play but only if you really get into it.

You cant play bass with no emotion.. Well you could but it would be like Kristen Stewart in Twilight lol.

I like to alternate guitar and bass guitar for this game every venue. 1 for 1.

RivalRamen_Games jacobv1014 RivalRamen_Games wrote on jacobv1014's profile.
I really like your profile picture! Who is that in it? is she an OC?
27 minutes ago •••
DawoleQ
Making his first game
Today at 7:40 PM •••