I was thinking just now about how many playable characters to put in my first game. At the moment I'm thinking four, the most that can participate in a battle using the standard battle system, and I already have a good idea of who they'll be. But it got me thinking about the roles or niches that playable characters in an RPG fit into, and it occurred to me that there are two types: personality/storytelling and gameplay.

And I'm wondering how game designers go about choosing the number of PCs to include in a game. Do they come up with characters first, or do they try to fill in the classes they want/need the game to include? I would assume developers try to make sure each character has his/her own distinct personality, background, and role in the story, but does every character have to have a different fighting style? Can you have two characters with the same fighting style, justified by their different roles in the story? 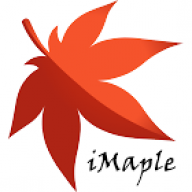 Well, first thought is always: Is the combat squad based? If not, party members artificially split off before combat (FFVII:CC) or are non combatants (Bioshock Infinite).

I'd say the number of PCs is limited only when the all of them are directly involved in the plot. (As in daughter of dead king/guy seeking revenge against bad guy/person that is somehow involved) So you have to plan out how many

characters the story will feature and stick to that number.

But you can always add more characters by making them non essential to the plot but still have their own sidequests to give them more depth. (Star Ocean: FD/SE)

If you go up too much with the PC count however, characters become a lot less individual as it's hard to seperate archer 23 from archer 17 and is only really used when the gameplay is more important than a narrative direction. (As in hack&slash/dungeon crawler/stat based/party building game)

Now for the question regarding combat, I think it depends on the number of PCs that will be present during combat. If you have the classic 4 in a battle it would be incredibly boring to have two identical classes. If you however have a huge party

(like in FF:Tactics and similiar games), you should have multiple archers/tanks/mages to give more tactical depth (it'd would also be silly to come up with 20+ classes). But even then, they should have some unique skills&traits because having different combat stats alone would make certain characters 100% inferior, and nobody wants to ditch a character they like because they just suck compared to the other dude. Same goes for being identical: If the only thing that differentiates archer 5 from archer 11 is the face icon characters don't feel unique anymore. I think giving archer 3 a strong single target spell while giving archer 6 a strong aoe spell for example would help with that issue. Of course, things like passive abilities can also be added.

Your game is Hero+Friends&Waifus vs. Evil Mage= High number of PCs.

Your game is Marcus+Freddy+Brunhilde vs. Patrick= Limited PCs. 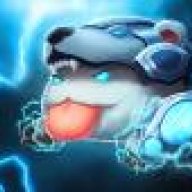 My first game I had four, but I quickly changed it up to about 5-7 end game (since in all my games one of your party members will die.)

I feel like 4 is enough to make the game work, but meeting different people along the way who wish to join your cause always helps.

Also adding more then 4people allows you to specify with character does what.

Alex is an axe user without magic

Todd can use strong magics and kinda heal peoplel

Jenny Is super fast and crits all the time

Jerome heals the party but has crap MP.

Oscar has status effects chained to his abilities

Taking purely gameplay as the basis (and not the specifics of the story), I personally think a good number of (permanent) playable characters for a medium or long RPG should be anywhere between 4 and 8. Less than 4 might get too tedious for the players, since they'll be using the same skills and strategies all the time, unless of course if your character abilities are very customizable. More than 8 and you risk 1. diluting down the "screen time" each of them gets and you might end up with a few badly developed characters, and 2. have some characters overlapping on combat roles too much. This also depends on how many characters you allow in the active party at a time. If you only allowed 3 for example, and you have 8 playable characters, players will get less chance to use them all than say if you allowed 5 in the active party.
Last edited by a moderator: Nov 7, 2014

I try to have 4 PCs.  Less than that and the PCs have to be less specialized.  In the extreme we have the original Dragon Warrior, with 1 PC.  Said PC had to have every ability.

With 4 PCs, you can get a variety of specialized characters.  I could see making a case for up to 8 PCs, if they are all well fleshed out.  I think Chrono Trigger has 7, for comparison.

The problem is the more PCs you have, the harder it gets to balance all of their combinations, and as we all know, game balance is one of the hardest nuts to crack already.

So I personally wouldn't have more than 6. 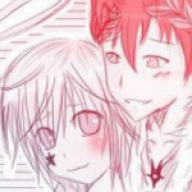 I actually have a game I am working on where you are allowed up to 6 PCs on battle, and there are 12 PCs to choose from. My biggest issue is trying to keep all the characters interesting and developed. It's easier if you take it slow and introduce the characters slowly. What I am doing is having the opening three separate stories that revolve around 4 of the characters each. This way they all have a chance to shine. I will be adding in sidequests and such to help expand them too.

In terms of functionality in battle? Even with 12 permanent PC, each is different. No character is really a better or worse version of someone else because no two characters have the same set of abilities. If you have two pure mage characters that can't heal, for example, make one weaker in terms of damage but give them a wide selection of ailments or debuffs. There's so much freedom with classes that I can't see that really being an issue.

Why can't playable characters add to story and combat?

I would hope that they do.

TMS said:
I would hope that they do.
Click to expand...

Well, why did you separate them?

I try to make sure my characters are both relevant to the plot and can properly fill a role in combat.  This means sometimes I'll have to add new characters or remove old ones.

The current game I'm working on started with 5 characters, then 2 characters were added, 1 more was added, 1 got cut, another 1 was added, 5 got were cut, and then 3 were readded bringing the total to 6.  It's just how the story has evolved as I've been writing it, which is also drastically different compared to what I first had in mind.

Not counting games with "recruitable" characters (Pokemon, Dark Cloud 2, Suikoden, FFT, etc.), I think the more important aspect to focus on in RPGs is the characters' relationships and storyline relevance.  Whatever number you think your story accommodates the best, that's the number you should have.  If a character's presence as a playable character is taking away from the impact of your story, s/he needs to go.

From there, focus on how to make those characters best fit your gameplay and provide interesting choices.  In general two characters should not have similar styles in gameplay (unless it's a game where characters often come and go and those two characters almost never appear together), because it strictly makes them less interesting and unique as characters.  Spend the time to make them more unique.  "Function follows form" - a character's gameplay should usually match their personality, unless you're specifically making the point that the character isn't what their personality would imply.

If you have lots of ideas for cool gameplay roles but your story won't accommodate that many roles, then consider allowing players to build their characters along a few different archetypes, using things like skill trees.  As a bonus this adds more connection between player and character, and adds replay value to your game.
Last edited by a moderator: Nov 19, 2014
You must log in or register to reply here.
Share:
Facebook Twitter Reddit Pinterest Tumblr WhatsApp Email Link

nio kasgami
So yesterday I got a follower (follow my NSFW art account) who dmed me and said to me :
if you continue to be friends with [name of the artists] which make me uncomfortable I will have to unfollow and I am like :
... do it?
30 minutes ago ••• 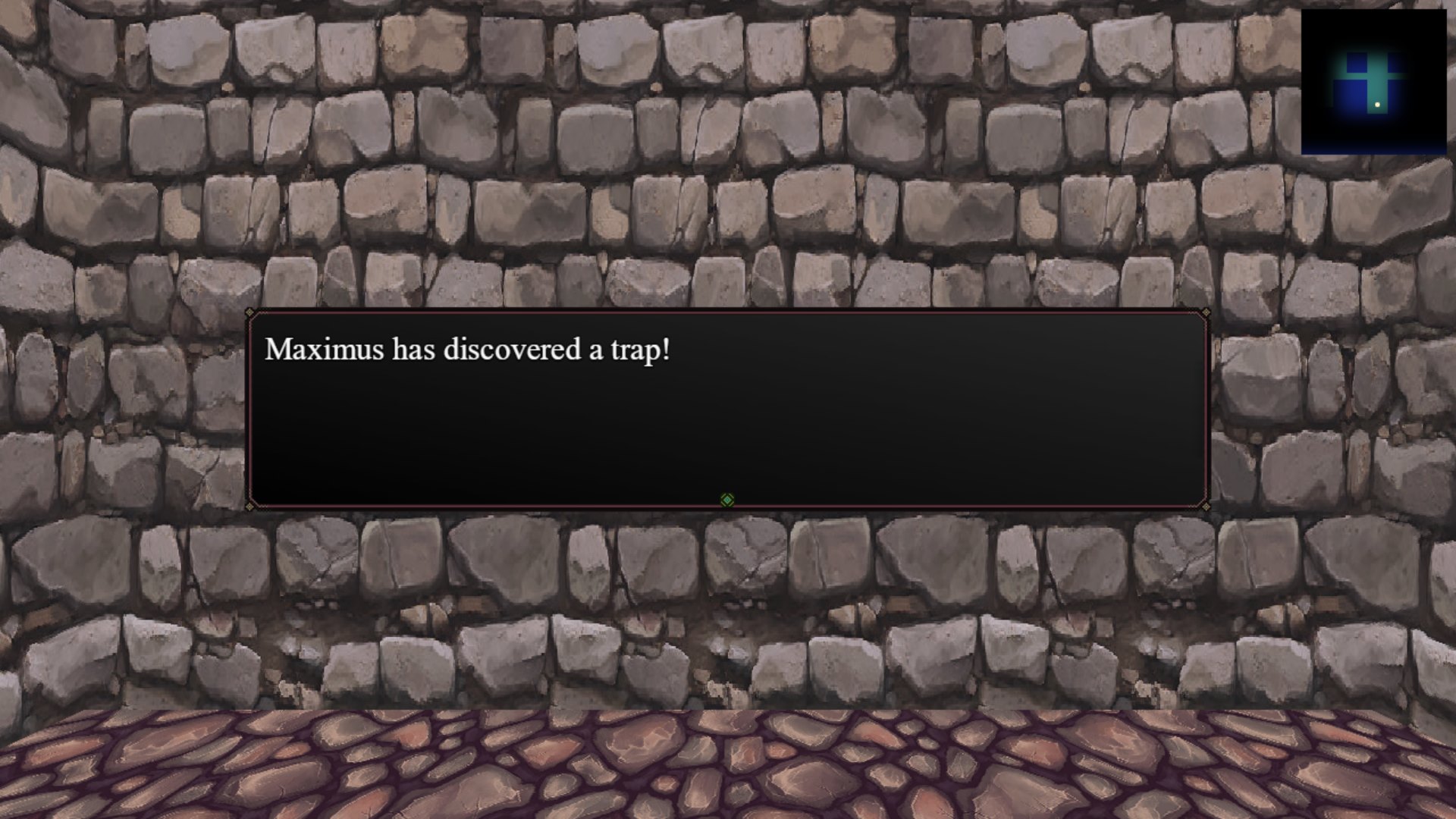