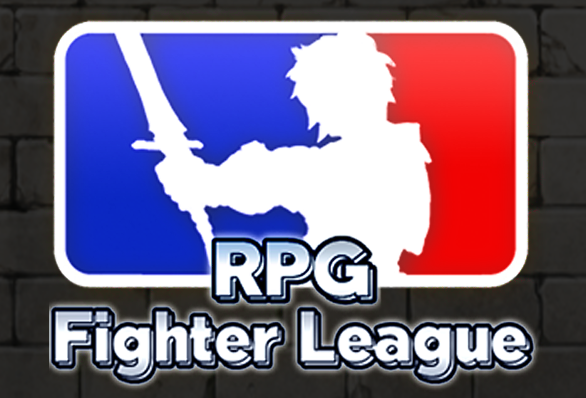 Battle inside the Colosseum with the best team of your choices in RPG Fighter League.

Assemble the best team of warriors and enter in the Fighter League to battle against the greatest monsters and fighters to become the new champion of the Coliseum! Fight and win all the Leagues to acquire Fans and Trophies to earn your place in the Hall of Fame and meet the Architect. Each League features new challenges with new enemies, game mechanics, boss fights, rewards, secrets and characters to uncover.

This game will be updated with more content chosen by you, the gamer. Polls will be available to vote on which new content will enter the game. (New leagues, equipment, characters, secrets and more.) A game where the player can choose what will be there next as well as some other surprises!

Use strategies, great skills and magic to defeat your opponents in this homage to classic RPG Gameplay mechanics, with new features from today's RPGs. Only the strongest and wisest fighters can defeat all the Leagues. Do you have what it takes to defeat all the challenges made by the Architect?

In a world where everything is settled with a good fight, every warrior wants to have a chance to enter the Fighter League. Henry Forge is a member of that league, and is a descendant to a great family of fighters. His sole desire is to finish what his family started, and meet the enigmatic Architect, creator of the Colosseum, then be inducted into the Hall of Champions by his own merit.

Fight, train, and meet comrades on your way to the top! Experience an adventure where choosing, and developing, the right members of your team really matters to be victorious in battle! Learn about the creation of the Fighter League and the Colosseum and Henry's family.

I will give a free STEAM key of the game to anyone that will help me to broadcast the game for everyone.
All I ask in return is that you try the game and give me your feedback on it. I will still patches the game with your feedback and continue to improve the whole experience with your help. But any reviews (good or bad) can help the game to be known and with every steps this might the game to be played by new RPG Maker fans.

This game is made with rpg maker mv and with the help of a lot of people I have met over this forum. Thanks Yanfly for your incredible work.

A new Demo will be available soon to have a taste of the game.
Thanks for your support and help again!
-Val