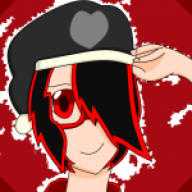 I'm not aware if anyone else has thought of this, but here I have the idea of Rebound Damage.


If the defender's result ends up being higher than the attacker's result, the latter takes damage which is measured by the difference.


EX: The defender has 50 Defense, and the attacker ends up dealing 35 damage. When it hits, the attack rebounds and causes 15 damage to the one attacking since they were 15 points short of striking even with the former's defensive stat.
Last edited by a moderator: Jul 19, 2016

Please edit your post to remove the blue and red font as these colours are reserved for Mod posts.

Assuming I'm understanding you correctly, you are proposing that the attacker takes damage if and only if they would have done zero damage in the first place.


To which I'd say: don't even bother adding in such a mechanic.  At best, you waste your coding efforts just to confuse the player slightly.  It's unlikely that anyone should ever be doing zero damage (due to damage calculations) in a well-designed game, unless the player is just whacking low-level enemies for pleasure or grinding - in which case the player might want to finish off those poor, extremely doomed monsters herself.


I do think there is some room to add "counterattacking" (in the sense that the attacker deals damage to the defender, and the defender also deals damage to the attacker - in the example you give, the defender would take 35 damage but the attacker would take 15 damage) into RPG combat - it's a sometimes-effective mechanic in Tactical Combat design and I think it could actually be quite interesting in an RPG, especially in combination with ways to prevent the counterattacks (ranged weapons, magic, disabling statuses).  But it sounds like this is not what you are talking about.

Well, I learned my lesson; Always put a huge amount of thought into an idea before deciding whether it is good or bad.

When you want your thread closed, please reports your opening post and ask for it to be closed.  I might miss your post but I will see your report.