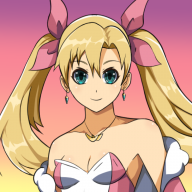 I suspect my RMMV browser game resolution to reduce performance on my laptop. I already tried to lower the resolution of the game with SRDUDE gameupgrade plugin but it didn't change anything. I also tried to reduce the browser window size. Is there another reason why the game is so slow on my laptop or will I have to resize all the graphics for weaker computers?

You have to make a choice, either use the current engine of the platform RMMV. Or take advantage of the powerfull pixijs engine, but you will need to study the javascript and the pixi library.

Do not expect an update in this way, as this would make 99% project and plugin obsolete overall.
To optimize optimally, you need to simply exploit pixijs as a whole and eliminate most core systems from the RMMV core.

i have a core i7 and a gtx 1070 overclocked and rmmv also lag in a original project.

Thank you for reply! So, if I understand, I need to know how to program to make my game decent on my website? 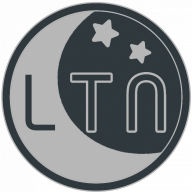 If you can play other HTML5 games on the browser, chances are you can play RPG Maker MV games. If there are issues, either it's the game or it's your browser, my guess is the game but I've also had issues with Firefox in the past. There are also a bunch of problems with browser performance and Linux GPU drivers.

I'd recommend updating drivers and your browser(s) and re-trying.

P.S I have an 9 year old laptop with a crappy GeForce 310m and an i5 processor and all HTML5 games, including MV games, run flawlessly about 80% of the time.

I don't want to sound rude, but if you're new to RPG Maker, the reason why your game is "heavy" on your laptop is probably something you did in your maps/game. Resolution won't be a problem unless you're trying to make is bigger than Full HD(Which can make it slow in a weak system, such as most laptops).

Try checking if you don't have many parallel process events in your (first) map(s). They're mostly always the cause of lag in MV Games.
Try updating your drivers(like LTN said)
Tell me the size of your biggest map(Maps bigger than 100x100 may be laggy in weak systems, try making many small ones instead of a single big)

And if all that doesn't solve, please list your plugins and the config of your laptop. Also tell us if your game is sharing space in a clear page, or somewhere with too many adds and scripts or something.

EDIT:
Also, an advice:
Pure HTML5 games, made in javascript and drawn with canvas, are going to use CPU only, and even worse than that: Just a single core(Because javascript can only use a single core of your PC, unless you know how to use webworkers), so for a better performance I would recommend always changing "rendering mode"(Inside community basic and/or some other core plugins that have the option) to webgl, so then part of the game is processed in GPU.
Last edited: Apr 3, 2018

My maps are all 40 x 22 and my game is a visual novel so most maps are just parallaxes (1920x1080) with autorun processes. I don't use parallel events at all. And my website (am I allowed to post the link on these forums?) has no ads at all.

But I still don't think it's the problem, unless you've a dual-core, 2Gb Ram, HD graphics notebook

I think the specs of the laptop are
I also face some issues with my work desktop the first time I launch the game (CPU: AMD A-10 , GPU: GTX 750 ti)

Celica said:
I think the specs of the laptop are
I also face some issues with my work desktop the first time I launch the game (CPU: AMD A-10 , GPU: GTX 750 ti)