Another small update has arrived:

UI
Changelog
- Added a tool to edit the nwjs' package.json file.
- Added the option to adjust the compression level. 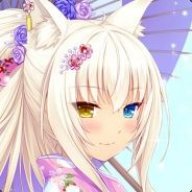 Does this work only with Javascript, or with other directories too?
Such as the overlay directory for orange overlay?

@Rachnera , this only works with Javascript files. Since plugin and script calls are stored on the Data folder, you'll need to obfuscate the JSON files or embed them to the Javascript files. For audio and image files, use the Deployment menu to encrypt them. 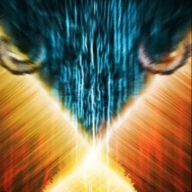 Hey! This is pretty cool!
I've just found out about this so I'm a bit too late and made my own script for compiling but yours seems way more complete.
I saw on your video tutorial that you take the encryptionKey from System.json and edit the Decrypter object so as to hide it from prying eyes, which I find as a stroke of genius xD
I may be talking nonsense here but isn't it possible that someone edits index.html and adds their own script tag with their sneaky js and then access Decrypter._encryptionKey?
Thinking about this maybe it's best to change decryptArrayBuffer and hardcode the key there

Then again, I haven't tested if it's possible to gain access to the encryption key like this but I thought it was best to say it.

The new update broke it, my compiled games boot into a black screen and nothing happens. Tried both normal optimization and no compression and still black screen.

This is weird... I checked the latest version and it worked for me. Is the deployed project set up right? If you can, can you show me the dev console's output? You'll need to run the deployed game on the SDK version of nwjs.

Hi @AceOfAces_Mod !
I'm just trying your tool right now. Does this works with mobile deployments?
Also, whats the difference of the Compression level?

1. The tool doesn't work with games that are deployed to mobile. The compiler coming with nwjs SDK (which my tool wraps around) is designed to only work on Desktop.
2. The --SetCompression command line argument adjusts the compression applied to the archive when the game files are compressed (setting the --CompressProject argument as well, which creates an archive named package.nw). It follows .NET Standard's API setting. So:

Now, which compression you'll choose which is up to you. If nwjs sees the package.nw, it will decompress it to a temporary folder before starting the game (on Windows, at least), which will cause some delay at startup. The more compression is applied, the more time it takes to start the game up.

1. The tool doesn't work with games that are deployed to mobile. The compiler coming with nwjs SDK (which my tool wraps around) is designed to only work on Desktop.
2. The --SetCompression command line argument adjusts the compression applied to the archive when the game files are compressed (setting the --CompressProject argument as well, which creates an archive named package.nw). It follows .NET Standard's API setting. So:

Now, which compression you'll choose which is up to you. If nwjs sees the package.nw, it will decompress it to a temporary folder before starting the game (on Windows, at least), which will cause some delay at startup. The more compression is applied, the more time it takes to start the game up.
Click to expand...

Thank you for your answer!
I managed to make it work. However, I have a problem. When I try to test any game by the rpg maker mv editor it shows me this warning:

"An error has occurred in your profile

Even so, I can make it work. But there are two errors ocurring:
1 - The image has a small black bar on the sides. Really small.
2 - This plugin no longer works. It enabled me to add some lights on the map inside the editor, now it does not open anymore.
https://forums.rpgmakerweb.com/index.php?threads/lighting-and-time-editor-continued.86409/

I had already had this problem when I upgraded nwjs following this post:

But, to fix the problem, i have to format my computer.
I though that the changes will be only applied to the project itself, but applied to all =/
I don't want you to solve the problems, because i figure it out that i only have to rollback to the older version of nwjs.
How can i do that?

Eliaquim said:
"An error has occurred in your profile

Did you happen to run the game (deployed or not) with a newer version of nwjs? That's the most likely scenario. nwjs profiles aren't backward compatible with older versions. It's an easy fix: Windows Key + R -> type %localappdata% -> Click OK. -> Delete the folder named after the "name" variable in the game's package.json file.

Yes, i run the game with the newer version of nwjs that i download here to use with yout tool:
https://nwjs.io
When I saw the black bars, I suspected that it was the same problem that had happened to me before. So to confirm I opened other projects and the warning appeared.

I manage to do what you say "Windows Key + R -> type %localappdata%"
But i don't understando the other part you say abut the "name". Here what happens when i click OK after the command %localappdata%:

On the game's folder, there's a file named package.json. Open that file and look for a variable like the one on the photo above. The folder should be named like this (or if you added / on the variable, it will have the first section.

Looking at the image you uploaded, deleting the "KADOKAWA" folder should do it.

This is my package.json

I'm not understanding about this "variable". I did not find anything in package.json.
I do not know the name of this folder that I should delete.

I also delete the KADOKAWA folder, but the problem persisted = /

[EDIT] I type process.versions in the F8 and look what is showing:

I've released a new update for the tool (it will arrive on the Microsoft Store soon).

I released a new version of the tool (both of the UI and command-line version). Both of them will see performance improvements.

Another update to the tool. This has some extra fixes and improvements. 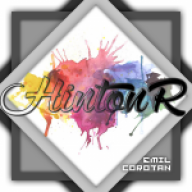 Question about NWJS and upgrading. I'm currently working on a project I started in 1.5.1 and cannot upgrade due to compatibility issues with some plugins. Will it be okay if I just copy/paste a newer version of NWJS -- or will that break my current project.

Also, for clarification -- when I deployed a cooked project using this -- It is not clear to me about the can only run on that version and that platform. Meaning only people with the same specs of my computer as of deployment will able to run the game or... what did you mean about that (I understand non-cross-platform) but Windows to Windows, for example -- I run Windows 10. So it will not run on other Windows versions?

@HintonR ,
For the upgrade question, you can use a newer version of nwjs. The only reason to worry about compatibility issues is if you are using NodeJS scripts. If you are only using MV plugins, it shouldn't be a problem.

For the Windows compatibility question, it will work in older versions of Windows.

orochi2k
Time to add the support for import/export default RMXP maps. Maybe there will be customized tileset support later. In theory, I can reimplement the entire RMXP inside this RMXP-made game to make more RMXP games. 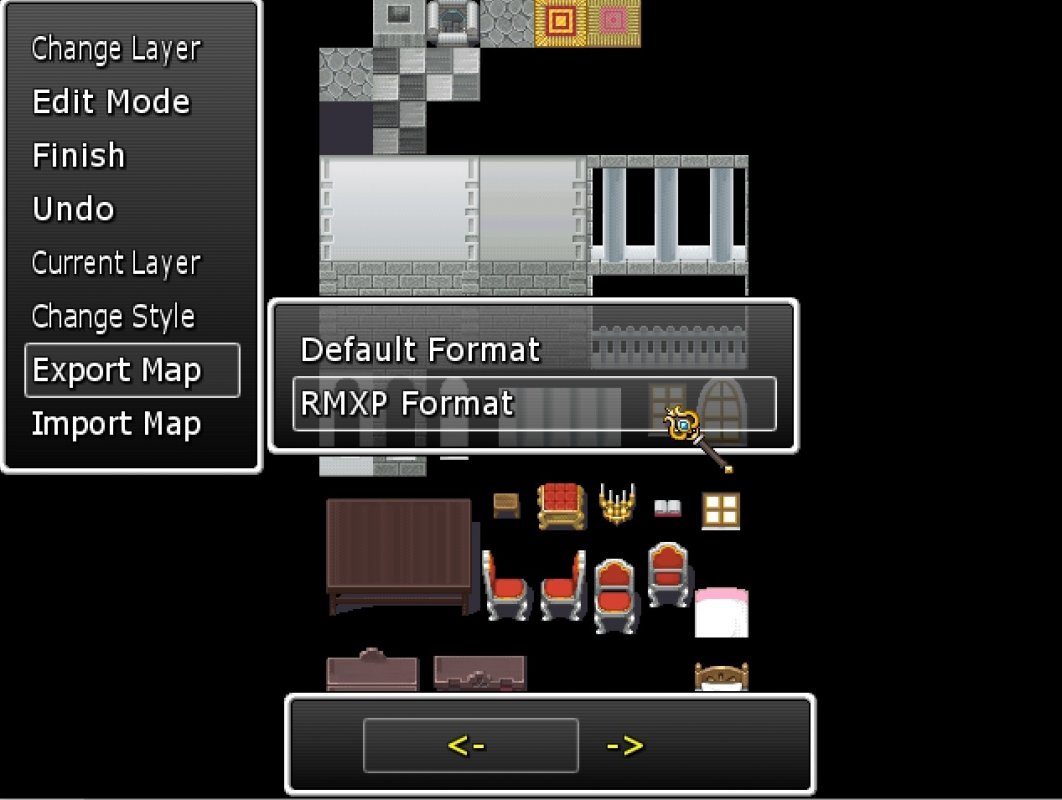 RancidPast
Gonna make a story driven game someday in RPG Maker about this diseased character in my head. Will keep you posted, although I was warned by the authorities that posting too much would be considered 'spamming' so I WON'T SPAM. It'll be before I go in anyways. It's gonna be messed up but it won't be explicitly pornographic so don't worry, I'll give all the content warnings.
Yesterday at 11:42 PM •••

Thank you. You're awesome. Even if I haven't used your plugin, your work is appreciated.
Yesterday at 11:11 PM ••• 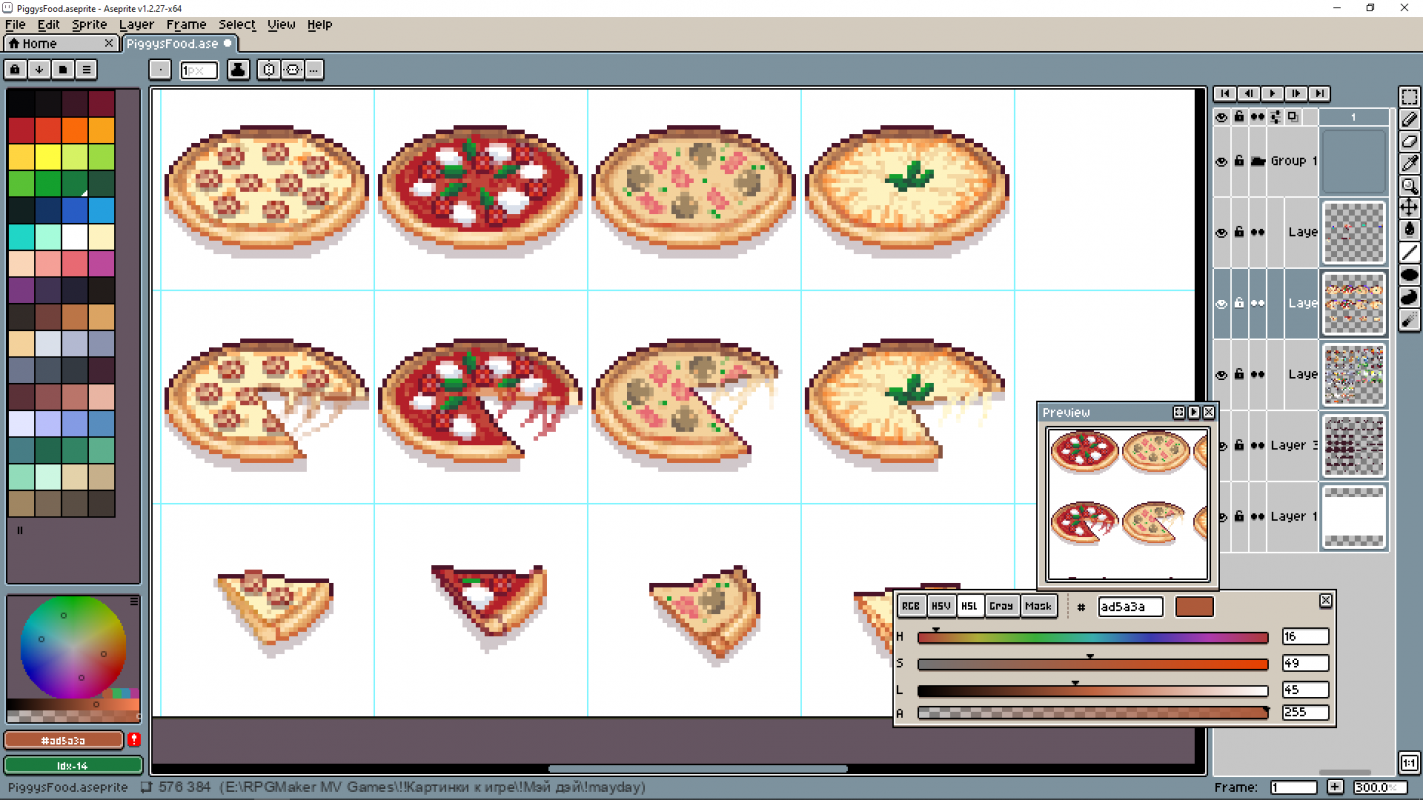 Ami
tomorrow is the finale of my Endurance
Yesterday at 8:15 PM •••