So, you want to learn how to develop your MV projects on Linux but not sure how to go about it or even install it? It's actually really easy! I know there are instructions, but they didn't really make any sense to me and I'm currently using an Ubuntu-based distribution called elementary OS. Anyway, since there isn't a native Linux client outside of Steam, that's your best bet, however I will also teach you some tips and tricks while using it and how to get your game out to even the Linux gaming audience, which is growing as time goes by!

Installation
The one thing you need above all else is Steam of Linux. For most distros that have an app store, center or some such application for installing software to your machine, Steam is already on there. Lucky you! If not, you can always grab a copy of Steam for your distro by doing a search for Steam on whatever you're running. For the rest of this guide, however, I'm going to assume you're using Debian or a variant (Ubuntu, Linux Mint, elementary OS, etc.) After Steam is installed and you're signed in, simply go to your Library under SteamOS + Linux and it should be there under Software. Install it and you're ready to go!

Export Games
You already know how to use it, so I'm not going to cover that. If you don't, there are plenty of guides and you can always use the Help File under Help -> Contents. When you export the game, it's the same as on Windows. Simply export the game and set a destination folder. Once it's done, you can simply zip/rar it and distribute it as is, but with one small catch. In order to make the game executable, the player will have to execute a command in the command-line, but it's simple and can be copy & pasted into the Terminal Emulator they use. Have them use this command inside the game folder:

Game can be replaced by whatever you named the game client if you did. If not, it can simply stay as game. After that, all they have to do is run ./Game in the command-line in the game folder and they're set. But wait, what if they don't want to do that each time or you love your players and don't want them to have to do that? It's simple! Make a .desktop file and pack it with the game. I've included a sample .desktop file for you to edit however you need and it's fully commented.

Simple instructions are to make sure the desktop file is in $HOME/.local/share/applications for it to appear on the menu. Another way is to either create a distribution package file (ex. .deb, .rpm) or make it into an AppImage installer. The player will also have to chmod this file, although once it's done, they don't even have to chmod the game. After that, run the game and you're golden!

Multiple Instances
Now this one was tricky for me to figure out until I saw what I needed to do. If you want to open a second client, you can't normally do that with the Steam version. There is a way around it, though. Simply go to:

When you go down near the bottom of the directory, there is RPG Maker MV. It says it's executable, but it won't run. What? B-but, why? Don't worry. You should also see a file named RPG Maker MV.sh. Run this instead. Done. Now all you have to do is wait for the new instance of MV to open and you're golden! Easy right?

Conclusion
Well, this is all I have for now, but I hope I helped you Linux gamers and developers a bit with this information. Good luck on your projects and happy RPG Making! 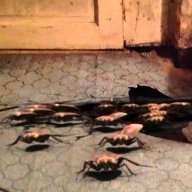 I purchased RPGM MV for a Windows 7 machine last year. That machine has died and I have recently set up a new laptop with Ubuntu 16.04 LTS. I tried to re-download the trial version from the website hoping to use my product key to access the full version and it failed to extract, and setup.exe refuses to run(probably because the proper file didn't get downloaded for linux).

Do you have any idea how I could get the Linux RPM Maker MV to work on my new machine, without having to purchase the software for a second time on Steam? I downloaded steam, but I cannot download the software without purchasing it through Steam, even though I already purchased it through the manufacturer of the software a year ago and have the product key to prove it.

Add the key to Steam. Your MV standalone key should work for Steam. It's what I and many others did. Also, yes, MV for Windows won't work unless you have WINE installed, but that's an awful way to use it on Linux if there is an official version. There is no standalone version of MV for Linux, thus we must use the Steam version for now.

Anyway, to add it to your library, click the Games menu option (not from your Library menu), click Activate a product on Steam, enter your MV key and you're set! You'll get the Windows, Mac and Linux versions through it, but it will only install the version you need for your system, so on Linux, it'll install the Linux version. It's pretty easy!

Thanks. I've never used Steam until today and was not aware it was that simple. The RPG Maker software is installing as we speak.

If I have any further questions, I will be sure to post them here, and when my game is finished, I'll be sure to hand you a free copy in exchange for this information.

Thanks. I just got linux and took me a while to get things going with rpgmaker.

Glad I can help fellow Linux users. Trust me, I wish there was more sources of information for all this, so if I can help others with the Linux version in any way, I'm glad to help out.

MushroomCake28
I have a specialized class on intellectual property this semester (on Patent and Trademarks, Copyrights is next semester). Only had a quick overview of that in previous business law classes. I'll be able to help more people here when it comes to knowing what to do and your rights for intellectual property!
56 minutes ago •••

RachelTheSeeker
When you wanna write another pedantic post of your views on game dev... but your cousin and aunt have invited you to bowling
58 minutes ago •••