Console version will nickel and dime people to death with DLC, making this more akin to RPG Maker MT (Micro Transactions) Edition. But I'll probably get it for my PS4 anyway. Why? To see what it can/can't do - like VNs - like if a VN could be called that if it was a JRPG without combat, or better yet - simulate a QuanticDream game or some such silly thing. Really, I could see playing with this in a way I never would dare do with the PC version.

Jomarcenter said:
So in japan they called it RPG maker MV Trinity So now less confusion if it PC or Console version but no information about the name in the english release. Hope they would changed it to RPG Maker MV trinity. This is somewhat confusing if you have a PC or a console version of the engine.

And hope the voice and the step functionality with the trinity version will also be added in the PC version it a useful feature. Like you can include a voice sound if you typeing instead of using a separate command/event.

But in my opinion it look like they just slap the MV PC software (since the software technically can be loaded into a console environment wise) and called it a day unlike their older console port which is made from stretch for better User Accessibility.

Can we get the Console Port content to the PC version as a DLC or a free add-on with our current version like the older console ones you guys do.
Click to expand...

Some other makers have like 80$ DLC that allows the project to be exported to Unity. MV really needs to do something similar.

soooo whats this version like? is it going to be like the pc version with less stuff or can it work with our pc stuff? (most likely not *coughs*sony*coughs*)

Since they're saying there is apparently going to be twice/double the amount of material in this version than the PC ones, I'm hoping they convert the resources to the PC version eventually.

To be honest I'm more hopeful and excited about that happening then anything else here, haha.

But of course if there turns out to be a lot of freedom in the Nintendo Switch and Xbox One versions, at least the same amount as the PC version, I'd suddenly be interested. I doubt it though, it seems the game player will mix between those two consoles but that's it and then there is a seperate PS4 one as well.

if it can work with the pc version then i might get it. if its just like the other ones it'll be a hard pass for me

The official Japanese site for MV Trinity has been updated. The first System page is now available: https://tkool.jp/trinity/system/

My attempt at a translation from what little I know of Japanese and a dictionary:

01.RPG Tsukuru Series' First Vocal Music
Among the default resources are the RPG Tsukuru Series' first ever vocals-included BGMs, 5 tracks of which are compiled! With English lyrics, there are, of course, battle BGMs, intro themes and even tracks usable for endings!

Singer/Eliana
Father a Brazilian man, mother half-Japanese. Debuted with producer DJ Kaori in 2003. Exhibited dynamic singing in the Tokyo Olympics promotional PR video "Feel The Pulse". Performed in the musicals like "RENT", "I Got Merman", "The Wizard of Oz", "The Wizard of Oz", "Priscilla", "Beautiful" and "Mary Poppins". In charge of singing background tracks for popular anime such as "Kabaneri of the Iron Fortress" and "Re:CREATORS" as well as a large number of commercial advertising jingles.
Click to expand...

The Wizard of Oz is listed twice I'm assuming because according to her official site she was involved in two productions of the musical, one in 2012 and another in 2015.

Cool to see this lovely program distributed to many places. Next I want my rpg maker for my android phone

If you mean an MV editor for Android, yeah, that'll be cool. If you mean playing MV games on Android, MV already supports Android export.

Second section about the Character Voice resources on the same page of the Japanese MV Trinity website. My translation attempt:

For the first time ever in the "RPG Tsukuru" series' included resources, Character Voice resources have been added.
These Character Voices, compiled from the imagery of a package of 8 individual crafted characters, are the work of voice actors Tetsuya Kakihara, Chika Anzai, Konomi Fujimura, Misaki Suzuki, Chisato Mori, Ryou Tachibana, Daisuke Tonosaki and Ayaka Maekawa - though of course, being your self-made RPG, these can be used for any character whatsoever and are an incredibly superb resource.

Hero: Carol (or "Karol" or "Carroll" or any variant thereof)
CV: Tetsuya Kakihara

Beastman: Meldie (or "Meldy" or "Meredy" according to Gematsu)
CV: Konomi Fujimura

Gematsu posted an article on this as well. While I don't know exactly where they sourced their translated character names from, given their industry connections it is plausible they had early access to the English names and the ones they have are the official ones.

Archeia said:
Oh hey it's coming out in PS4 too
https://www.amazon.com.mx/RPG-Maker-Mv-PlayStation-4/dp/B07CZ8RFN6/
Click to expand...

If you can email (electronic mail), phone call or both the company who made RPG Maker MV you can ask them up above questions and then answer them here in this thread if you want.

They've already said a long time ago you cannot import your MV projects into this version. So no, this does not mean you are getting the ability to make MV projects and import then on the switch now, instead you have to start it over in the new engine and go from there.

bgillisp said:
They've already said a long time ago you cannot import your MV projects into this version. So no, this does not mean you are getting the ability to make MV projects and import then on the switch now, instead you have to start it over in the new engine and go from there.
Click to expand...

bleh oh well might as well stick with the pc version. at least thats what think anyway. XD

I'm down with the Switch version because it's portable so I can make stuff and troubleshoot it on the go so when I'm at home I just need to copy it over.
I'm also thinking of the potential to make stripped down versions of full games I make, almost like a demo. Could potentially tap into a broader audience that way.
I also can't wait to play the crap that everyone makes but you just need the MV player for that.

and notice there is an image of what looks like the feature to change the colours of tilesets in the editor.

Image below, from link above.

Seems quite neat to me.

Might be fun but what if you need a lit yellow tent in the mauve hued tileset? 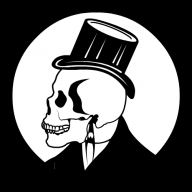 and notice there is an image of what looks like the feature to change the colours of tilesets in the editor.

Image below, from link above.

Nice! The ability to make the boring RTP look absolutely hideous. Thats what im talking about!

And let the games of the RTP in psychedelic colors begin...

ScytheX said:
wonder if thats going to be added to the pc version as well
Click to expand...

Unlikely in my opinion.
Hue mathematics are a big problem in anything but a dedicated hardware. In something like the interpreted HTML5-based PC engine they would eat up too much CPU resources and lag any game to hell, it is easier to change to change the hue externally (gimp or Photoshop) and then import.

Some of those features in that link would be SO nice to have in the PC version, I hope they get ported over.
1) Being able to see the move route an event will take while making it instead of going back and forth and then testing to make sure you got it right
2) Changing the text color with a color selector instead of a color code
3) A simpler debug system
4) THREE new event activation types: when the player enters a space around the event, when a player leaves a space around the event, and "while the player is riding in a specific place." Not sure what that last one means but the other two are great!
5) Swapping in between side view and front view battles on the fly (don't know why you would do this but the option is nice!)
6) The option to use easier to understand battle formulas!
7) Quick event commands, much like quick events (door, chest, etc), like "dance when player speaks."
8) Using multiple tilesets in one map (that would be incredibly nice on PC)

All of those things alongside the huge amount of included of content not included in the PC version is super nice. I really hope this stuff gets added to the PC version because they are some reaaallly nice quality of life improvements, not just for console but to make it easier for PC devs too!

It looks like plugins are not supported because there is no button on the menu to view the plugin manager. HOWEVER... there is a resource manager. This could just be a place you can delete your generated characters (yes, the character generator is here), but it could also be a place where you can import resources which would just be... that would be awesome. If that were the case, the full engine AND MORE minus plugin support would be here, which is pretty damn good I'd say.
You must log in or register to reply here.
Share:
Facebook Twitter Reddit Pinterest Tumblr WhatsApp Email Share Link

Puffer
just when I thought one of the greatest game of all time couldn't get any better, they announce a new dlc for it.
Today at 7:10 PM •••