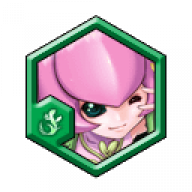 Aloe Guvner said:
@liamx2000
Does it happen on a new project?

If not, it's because you didn't follow the steps to update your existing project.
Somebody posted the exact same "bug" earlier today and it was because they hadn't updated their project:
https://forums.rpgmakerweb.com/index.php?threads/battle-test-opens-up-title-screen.96727/
Click to expand...

I thought because I use the STEAM version it did all the updating for me , The way you have to do it manually baffles me , My project has been fine with all the other updates , it''s only this update that's made test battle not work , can I revert back to the previous version to fix it ?

I think I fixed it I followed this guys video and now my test battle works again , phew.


The only problem I have now is that this update seems to have mucked up my title screen , it's all over the place now and doesn't fit on the screen properly anymore.

@liamx2000 , check if there any updates to MOG's plugins. There's a possibility that there's a compatibility issue.

@liamx2000 You also need to copy the "package.json" file as indicated by the instructions in this thread, which is not mentioned by that video (it's a good video, still)

Battle Testing not working for me. Just loads the game in its entirety rather than an individual troop battle.

EDIT: I also think it's a little bit careless to not have some kind of warning message for Steam users. You see, if the application automatically updates and we are supposed to create backups of our games before saving in 1.6.1, not only is there no indication of this should you not visit the RPG Maker website before receiving this update, but the only course of action would be to immediately roll back to 1.5.2, create a backup and then update again - this is all of course, if you actually were aware that you had to create a backup in the first place.

I regularly back up my project every few days, but it still means I may lose vital progress in the time I've spent working on it since. And then there are those who don't backup their projects at all (careless also - but this is a consumer application).

AceOfAces_Mod said:
@liamx2000 , check if there any updates to MOG's plugins. There's a possibility that there's a compatibility issue.
Click to expand...

I can't seem to find it , also I can't figure out how to just go back to using a normal title screen , these plugins can get really confusing for me when RPG maker MV gets these updates , It's really weird why it's just the title screen that's changed, so instead of showing the picture of the title screen to fit the screen like it should it now shows picture Four times in squares on the screen...

Battle Test: Works perfectly. I was able to have the default party attack the bats in troop 1 of a default new project just fine.

In conclusion: All the so called bugs on this thread are due to people not updating MV properly. You MUST update MV per the directions. Again, a new project in 1.6.1 does NOT have these 'bugs' so they are not bugs with MV, but are instead bugs due to bad updates, or due to a plug-in you have installed.

Guys, there is good reason you have to update your project manually. Sometimes, people will want to keep on an old version (and use the branches in Steam to stay on that old version of the editor) because of various plugin compatibility and such. It shouldn't update the project file itself unless you do it on purpose.

@Archeia
I deepened my debugging, I'm sure these related to nwjs
I also made you a video to show you correctly what appen.
it's a pretty urgent bug thanks.

### Current Behavior
not update on chromium nwjs project (chrome 65.0), only work in fireFox !?

### Steps to Reproduce
Create Video,animatedTexture,spine, or container with animation. ....
Addchild to the stage, and run project with chromium


**note:**
I made you a little video to show you the problem.
Thanks a lot for the help, am stuck and can not debug or understand more than that, because it need to deep understand pixijs engine and also how rmmv update.
Please tell me if you need more information or a demo project
[VIDEO YOUTUBE]()

@lawina Yes it has been on sale here. Normally it's at the same time as a lot of other things. 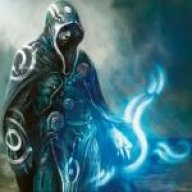 I'd just like to write a small thank you. I've often been critical of the RPGMaker MV development team. However I've had much less crashes lately. And this last patch delivered an UNBELIEVABLE performance boost for my game. It almost eliminated all lag spots single handedly. Though I am a little annoyed this wasn't addressed like a year ago. At least it was finally addressed and a good job deserves thanks

Archeia said:
@Jonforum I think you want to ask in the nwjs and pixi forums too
Click to expand...

And now it works properly on a clean installation !!!
wtf, i hate it when something stupid like that happens, a loss of colossus time.

thank you very much for answering me. i consider it solved.

So I messed around with the update last night and am happy to say that performance is a bit better than it was on the previous version. I don't normally read through update threads for MV since I'm not regularly using it, but was the music delay bug ever fixed?
Anyway, I'm loving the update to that elf sprite. It feels almost like it's got a bit of Arabian flavour to it now with the baggy pants and less exposing top, and those parallaxes are pretty nice as well. Good to see that the occasional free resources still being given out with updates even after all this time.
Last edited: Jun 28, 2018 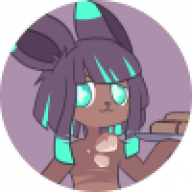 THIS FIXED THE BUG THAT I HAD. THANK YOU!

PacFan13 said:
THIS FIXED THE BUG THAT I HAD. THANK YOU!
Click to expand... 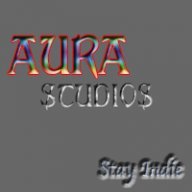 parallax_Resource_Pack is awesome! Includes 25 parallax maps.
Also I noticed in every RPG maker mv 1.x v they release a new tool(from 1.4.0) like GENE and MADO and SAKAN. I wonder which's next. Also XP- VX
VX-MV 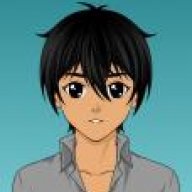 How many things that you've encountered break though?

I don't know how many times I have to write about bug reports with this engine, but here goes:

I'm having the same problems that I've reported weeks ago in this post for the Beta version of 1.6.1, related with lag, screen tearing and some othe issues. After some other posts I've made (like this, this, this, this, this, and this) to report and test those bugs and issues, @Archeia, you said here that "the team will get a look into it". And I'm having those issues in new projects with v1.6.1 Stable or previously created projects, so it is not a plugin issue or something like that.

I don't know if you didn't have time to solve the issue, or perhaps the team is ignoring the bug reports, but this is sadly, because I've expected this to be fixed for the stable release of v.1.6.1, and what I saw is that those issues are still there, and everybody here is complaining about "censorship" in a simple sprite, when the real problems are the issues that makes games unplayable in computers like mine.

And when I say "computers like mine", those are my specs (and I've lost the count of the times I've posted them):

Processor
Video Card
Video Card #2
RAM
OS
I'm pretty tired of reporting bugs and issues just for nothing, and lately I don't have to much time for reporting or testing issues. So please, I highly recommend you to please, fix this once and for all before I get sick of MV and things related with RPG Maker.
Last edited: Jun 27, 2018

@Oscar92player I hate to tell you this, but it's because you're using an AMD computer and the way it handles data. I know, because I have the same problem for the same reason. AMD computers have problems with a range of programs, and sadly RM is one of them (OBS Studio is a well-known example of another).
You must log in or register to reply here.
Share:
Facebook Twitter Reddit Pinterest Tumblr WhatsApp Email Share Link