Lion Blade Soler said:
I wonder if VX Ace had a similar problem and if that's the reason for why I could never figure out how to stop the hiccups (which weren't constant but were annoying).
Click to expand...

I use Ace, and have a lot of looping state animations without hiccups. But I do use Yanfly's 'State Animations' script for that.

JosephSeraph said:
I personally love the new RTP monsters. But i loved MV's monsters, too. All RTP monsters are really pretty and I love them all, from 2000 to MV!

Including and very especially the unique XP battlers. they're so charming and have a handdrawn feel to them, almost like a prototypal, animesque Tyler Warren monster pack. And the VX ones are drop dead gorgeous -- not fitting with every game's tone as they're a bit TOO realistic for their own good, but they're soooooo well made! I think i found the mastermind behind it on Pixiv, too. their work is absolutely gorgeous i love it so much
Click to expand...

I, too, love the RTP monsters! I'm really hyped to see them all for MZ.


That's a really cool find, I'd love to be able to use those in my unfinished VX project, but I know it's not that simple. I saw a few that seemed to be for a SEGA project, for example. I wonder what the odds are we'll ever get a resource pack from a returning artist...? 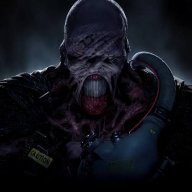 JosephSeraph said:
The reason why MV animation spritesheets are locked to 192 is because they've VERY expensive to load. MV already struggles with 192p sheets that have more than 25 cells.

By the way, the increase is quadratic. If you double 192 to 386, the file will take FOUR times as many resources to load. Double that again, and it's 4x4, 16 times more resources. Extremely expensive.

Funnily enough RM2k3 had Battle2 animations which were 128p, or about 3/5ths as big as MVs.
They were very quick to load because 2k3's graphics are compressed, there's no alpha and there's a limited amount of RGB information, though.

But anyway. We won't have average computers powerful enough to render and store HD quality pre-rendered animations for a while. As resolutions increase linearily, moving to particles is the only reasonable way.
Click to expand...

You said very well.General RPG Maker users are focused on character interactions, maps and events.
Therefore, I understand that there will be many people who do not find the innovations in MZ sufficient.
But even just switching to the particle system is a tremendous innovation for people like me doing combat-based games.I have never mastered the Efektseer program, and even heard its name for the first time.I hope they can get something closer to Unity about the effects, so we can feel more free.

I sincerely hope we get a price and a date this Thursday.

I think MZ will allow our projects to have a much smaller filesize, especially considering the new animation system and how it works (and the type of files needed for it).
I remember old animations always taking a lot of space in MV and ACE and it was a bit annoying.

This would be another positive point in MZ's favour, much smaller filesize for projects.

SJWebster said:
I sincerely hope we get a price and a date this Thursday.
Click to expand...

Don't get your hopes up, I wouldn't expect a price for at least two more weeks. They still have to 'advertise' the features to sell you on it.
As always I won't buy straight off the shelf. It has to go on sale. I haven't even started using MV yet. Gotta finish my VX Ace game. (only been 4 years)

Kes said:
I use Ace, and have a lot of looping state animations without hiccups. But I do use Yanfly's 'State Animations' script for that.
Click to expand...

The looping animations/state animations are actually OK during battle and there are no problems with them. The hiccup occurs only when some (but not all) attack animations and attacker animations start while the state animation/s is/are still running as if there's a conflict between them. That's why I'm assuming that the issue may have more to do with the graphical intensity from some attack animations and from attacker animations. In the past, I tried to figure out a way to solve the hiccup issue, but even if I could find the solution for that on VX Ace right now, RMMZ is around the corner and I believe that MZ will be more ideal for me to make the RPG Maker XP Battle System for it through a plugin. Making the RMXP Battle System for MZ should be more than possible, considering that the team behind the Shield Hero game managed to make a variation of the RMXP Battle System for MV.

Lion Blade Soler said:
The hiccup occurs only when some (but not all) attack animations and attacker animations start while the state animation/s is/are still running as if there's a conflict between them.
Click to expand...

I have some pretty big animations (as well as ordinary ones) and I get no conflict, so I suspect that it's to do with the coding you have which in some way differs from Yanfly's State Animations script. But as you're moving on to MZ, it's not really a problem anymore. 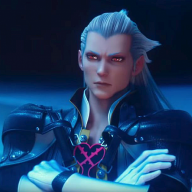 My mistake, I actually thought you were talking about battlers - of CHARACTERS, not animations. Hence my idea for plugins hehe

In the meantime I'm only just now getting the requirements for a CORS exception under control in Xcode for iPhone support in a MV project. Also, based on patterns to date I'm guessing in less than 36 hours there will be another discussion thread to move to?

I really wish the previews didn't happen while I was in the middle of work.

Sword_of_Dusk said:
I really wish the previews didn't happen while I was in the middle of work.
Click to expand...

Me too! But I think if I wasn't working they probably wouldn't go up...

Sword_of_Dusk said:
I really wish the previews didn't happen while I was in the middle of work.
Click to expand...

Or when I'm asleep, last Thursday there was about 8 pages already to read through and by the time I read them we were on page 9! lol

Also, because I gave this teaser somewhere else, so I wanted you guys to have it too:

Touchfuzzy said:
Now, I can't show you Actor1_4 yet, but now you know.
Click to expand...

You know, you make it SOUND like it's difficult for you, having all this information and not being able to share it with us.

But I know, deep inside, you're thoroughly enjoying it

I'll admit that last post was just to amuse myself.

Touchfuzzy said:
Also, because I gave this teaser somewhere else, so I wanted you guys to have it too:

Well since it's you that means it's probably an adult character so I'm down.

I would say probably like late teens early 20s character. Young but not baby.

Meike said:
Or when I'm asleep, last Thursday there was about 8 pages already to read through and by the time I read them we were on page 9! lol
Click to expand...

Yep, trying to catch up over morning coffee is no fun.