xDRAGOONx said:
but those constraints made it what it is, similarly to RPG Maker FES.
Click to expand...

The problem is that the animation constraints weren't really that many; you could do a LOT with the old animation system. It's just that it was extremely cumbersome because you'd have to manually compose every frame most of the time. The new animation system streamlines this a lot.


Eliyud said:
The particle system makes me imagine that it is possible to create complex turn-based 3D battle systems. Am I right?
Click to expand...

At least as possible as it was with MV, which is... Very possible, but not supported by the engine or default scripts. MV3D's game map to 3D implementation is waaaay harder than using Babylon.js within the battle scene imo.

The cool thing is that the default implementation of ATB makes CTB much easier to do! Several features that are shared between the two are already implemented so it's just a matter of finetuning. The core of both systems is, afaik, ticks and filling gauges based on AGI. The different is that ATB fills the bars in increments while CTB instantly fills the bar that is the closest to full and eschews showing bars to show a turn preview window.

Dr. Delibird said:
I haven't had a chance to mess around with Effekseer yet but I am 99% sure there is a way to make pixel style particle animations. I imagine it would just be a totally different way of approaching the creation of said animations and probably has a few downsides since you'd basically be needing to create a 2D illusion in 3D space which is 100% possible, it's just whether or not this program makes this process possible or not but honestly it's mostly just a factor of creating the right building blocks for the tower you are building so to speak.

Will report back once I've investigated further.
Click to expand...

It sounds like that it might be possible to create an effect similar to the toon shader that exists on some 3-D animation programs, like Lightwave and Blender.

Having had a quick look at Effekseer, I think I'm going to need a tutorial for this thing to use it effectively. It doesn't look over-complicated, but finding it hard to get started in it.

I'm on my phone right now, otherwise I'd post a gif of the "wow!" guy. 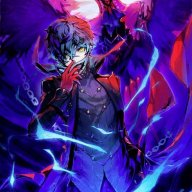 -I'm not a fan of the mobile UIs in general but at least I'm liking what I'm seeing more than Final Fantasy's mobile ports. I hope there are some ways to customize the sizes and positions by default though, as it looks good in the 720p 16:9 video, but I don't know about 4:3 and lower resolutions.
-Music wise I think I'll just wait till I'm able to listen more, as they use to grow on me over time.
-Getting the ATB back feels like getting a RPG Maker 2003 feature back, finally. Not crazy about it, but I'd love if some new features in the skills or battle events are included with this too.
-The video showed that the animations can still look very similar even if the way of making them changed completely so that's probably good for anyone complaining about the supposed change in looks.
-A shame the video was rendered at low framerates, I understand but YT users now "think" the game itself runs at 15 fps.
-Many sounds seem to be the same. They aren't bad, but I mean, I've been listening to them for 20 years now, literally since RPG Maker 2000, lol!

Overall I'm liking what I'm seeing, but I hope there are also some other big new features coming and we still didn't get all the big reveals.
Last edited: Jun 26, 2020

Just did a quick Potion test on EffekSeek with an original spritesheet I whipped up in like 5 minutes.

This was SUPER easy to do.

I won't tell you how, but I challenge you to replicate it to be able to use Effekseek!
Here's the spritesheet.

Edit: Also, look at HOW TINY that spritesheet is!!! On MV to get the same look you'd have to use cells which are more than FIVE TIMES bigger. And the other 39 frames on the spritesheet... would go to waste. And you'd still be forced to load them. 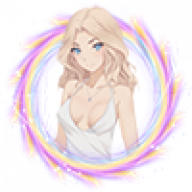 woah.. that looks really good @JosephSeraph . You give me hope! as the whole 3d aspect of it was hard for me. So we can just make a sheet and use in the program. Export and it should work in MZ?

I probably won't mess around with this Effekseer thing too much. I'm just not interested in creating my own animations. Might see if I can modify existing animations in small ways, but other than that it's not something I care too much about.


Alost_Soulstone said:
Export and it should work in MZ?
Click to expand...

Well, yeah! I can only know about making it work within Effekseek*, don't know about how it'll behave within MZ... Sprites could get all blurry for all I know. But I honestly don't think that'll be an issue! It should just be exporting the particle file into MZ and it'll work from the get-go!

Which makes me ask... Can anybody confirm whether we'll have to put the textures together with the particle files or if they'll be baked within the files? Thanks!


*I keep calling it Effekseek or effekseeker. I will NEVER stop. God that annoys me

So with effects and Effekseer, their website actually provides free sample effects to use if anyone wants to take a look at them:
https://effekseer.github.io/en/contribute.html 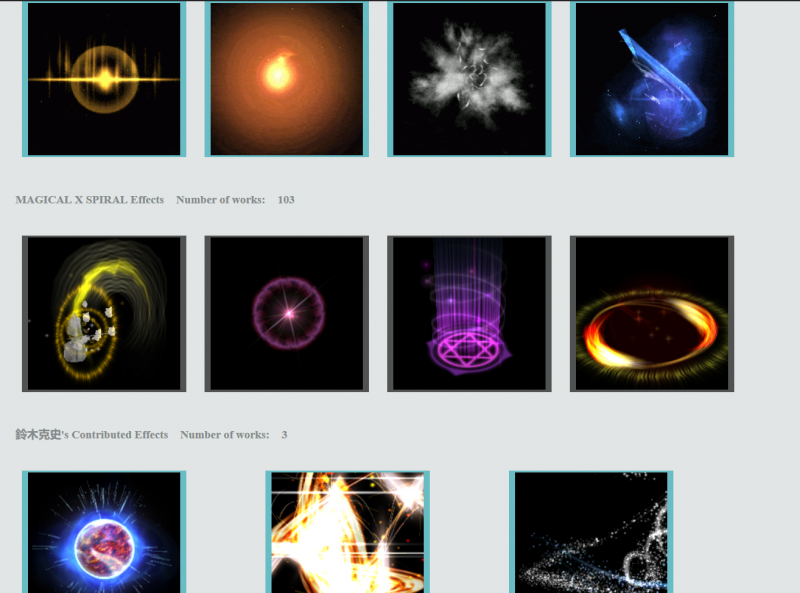 ImaginaryVillain said:
I admit it's kind of wonky to make people go to another program to do particles. I mean it's obviously nothing to those of us who already use lots of outside stuff. But for the kind of beginner RM is usually geared towards, it's a very awkward choice.
Click to expand...

This complaint is always weird to me. Question: When you made animations before, what did you use to make the sprite sheet? Was it perhaps... an outside program?

Why would we try to make a particle animation editor that would only be inferior to a free open source option that already exists that people could use?

It's the same as people wanting a built in script editor, when it is infinitely better to use a purpose built tool that already exists for it that we couldn't hope to match in quality.

Wow!
Animations with Effekseer is a gamechanger.
Not only for magic and skill effects, but also for things like smoke coming out of chimneys, waterfalls, bonfires.
I'ts gonna be awesome!

@Touchfuzzy any chance you can comment on states? can we have more then MV had? by default I mean. I could never get the extenders to work to increase my max number of state animations. (charm,poison,ect)

I wonder if we could have a lighting system with particles from effekseer.

Touchfuzzy said:
It's the same as people wanting a built in script editor, when it is infinitely better to use a purpose built tool that already exists for it that we couldn't hope to match in quality.
Click to expand...

As someone who actually prefers the built-in script editor, let me answer this.

There is a certain Qo that does not exist in the outside editor. It's the load-order. In VXA, you have your script load order right in the left-side while the actual code is displayed on the right. In MV, you edit it using an outside editor which, to be honest, has more functionality like auto-complete, syntax checker, and all. But the actual script load order is handled somewhere else.

In VXA, if I would like to go "let's overwrite this particular script but preserve the original", I insert a new slot below them and make a change there. I know which script overwrite which, and I could edit it right on the fly or even change the load order right away.

I'm probably just a minority in this department, but it was one of many reasons why I'm still sticking with Ace. I don't know why, I'm fine working on IDE and all for the other thing like in my job, but I just couldn't bring the RPG Maker script outside and edit it in the external editor. I tried.

Don't get me wrong, don't take it as a complaint. Take it as a personal preference.

I'll have to say currently the biggest issue with Effekseer is the lack of English tutorials, hopefully some kind soul will help solve that issue in the near future.

It does takes some time getting used to the layout but even using the basic functions it seems rather powerful. It took me an hour and a half playing with the engine to create this... er... Water Spark:

For reference this uses only 3 images and most of the time spent was me figuring out what everything did. With a bit of practice you could prolly throw basic animations out in little time.

Also, got some peaks at rtp monsters, from the JP website, there's a mean looking big red dragon.

Also, from the specs on jp website, we see this:
An internet connection environment is required for network authentication.

Is it right to assume it is for first time activation and not an always on DRM?

Also, will it, like MV (and I think Ace) have serial numbers that qualify for Standalone and Steam usage?

First time activation I'm 99% sure. I'm pretty sure the DRM will be just like our current Makers.

JosephSeraph said:
Just did a quick Potion test on EffekSeek with an original spritesheet I whipped up in like 5 minutes.
Click to expand...

Thank you for showing this off! I shared it on our Social Media as well (linking to your post directly!)

Someone said you could use effekseer to import 3d anims to good old animation sheets. How? This programme is.. confusing.