My favorite of the new monsters so far is probably the harpy or the werewolf (wish they had SV actor battlers...)

The portrait art for the characters is really cool, and since MV had a few animal portraits, I'm hoping they get full bust art too. Like, a full art of the Doberman would be neat! Having modern and medieval versions of characters is kinda cool, I'll probably use them for twin characters or something, one who moved to the city, and one who became a knight or a wizard!

I was hoping for some of those MV Trinity themes, but hopefully those will at least be DLC...

That Battleback number actually concerns me though, because it's the same as MV, but without the "Sci-Fi" battlebacks, and there was a lot of cool stuff there. However, I recall those not being "RTP", but free download or in an extra folder or something. Having all those modern tiles and sprites without the battlebacks to match seems a little peculiar though. Also, the enemies count is the same, if you count the "Sci-Fi" enemies. I guess confirming this is something for another time though...

Previewing the move route is such a huge thing, it can look small but wow can that be super helpful. (Finally wowed here, but I liked MZ from the first week).

I never thought of suggesting it, and that was a good idea, but thinking of how after doing all sorts of huge move routes in VX, VX Ace and MV and how I would put my fingers close to the screen and count carefully the move directions to make sure they really were right and not getting stuck into any objects or tilesets, and then playtesting it... yes this saves a lot of time and potential messes that we now can preview it.

I also like what we've been told about the event list, that too is super useful. You can label your events carefully and then quickly check them later. Imagine if you have quite a few treasure chests the player can open on different maps. You can label what each chest contains and if you have to go back to balance it, or if you just need to keep it in your mind, it makes life a lot easier. That's just one example of how useful an event list would be and there are many many more ways it helps. (I know that preview of the event list may be for another week but we've been told about it in advance so want to point it out).

Hooray for 4 layer mapping how useful.

I feel like these features they added in, they really tried to think about how to make it easier to make games from an RPG Maker developer's point of view, consuming less time to get things right and making things easier for us to do.

When it comes to RTP I am also really liking the graphics, great we can get so many busts with them! Having very similar-looking RTP characters for the sci-fi RTP characters is a clever idea (in an interesting type of way I mean). Anyone wanting to do a story with parallel worlds or something like that would probably benefit from this. (I do want to try a time-related story, which actually I've already brainstormed some ideas on, so this may be useful for me too).

I like everything revealed so far, it's good. And good added in features.
Last edited: Jul 3, 2020

Touchfuzzy said:
(Personal opinion cause I talked about this in a Discord channel earlier, but I actually do prefer the chibis. In general tall graphics only look good if you have much more complex movement animations. I hated how XP graphics looked in motion for instance, very stiff. Unless someone is going to do custom run animations for every single sprite a la Chrono Trigger, I think chibis look better.)
Click to expand...

In my opinion, RM2K(3) struck the right balance. They're tall enough to not have that compact chibi look, but not so tall that they look stiff in motion. 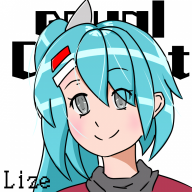 Yooo that nice...
Waiting for the new preview for MZ

MV was a big technological jump and plugin support fills any feature gaps, so it's a hard act to follow.

I'm hoping this is the right place to ask... as a mac user on an aging machine, will MZ (and MV) function on their new processors? I figure the game files are web based, but don't know if the editor itself will be an issue.

This spoiler has no purpose except to make me happy xD 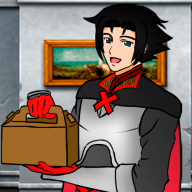 Protector of the Earth, God of Courage

Alright, ¿where i can get the ticket to aboard the hype train?
I NEED MZ RIGHT NOW.

Shaz said:
Can you explain what you mean by that? I wonder if you misunderstand the feature. It is only to help you with drawing maps. It will not affect gameplay at all. It doesn't mean you can draw stuff on layer 1 and more stuff on layer 2, and the player will walk over layer 1 stuff but under layer 2 stuff.
Click to expand...

Oh no no, I'm aware how the layers work. Haha. I just mean that with MV it's harder to get somethings to look like "depth" with the way autotiles and copy pasting work. A lot of Shift-Mapping to arrange several tiles to make things appear to have depth.. whereas with MZ, you won't have to Shift-Map as much. You can just put different autotiles on different layers and they won't interfere with each other.

With all these User Interface Matierials coming out, I wonder if maybe theres somthing in the System 2 tap pertaining to them :] ...eh?

@Touchfuzzy I'm so pleased and not wanting to come across anything other than 100% honest but this does feel like the community has had a say on what was helpful to have within the engine. Obviously not everything was possible and looking at the time frame on when everyone was asked, time did have a factor in that.
Anyway, actor 1-4... okay you got me, really nice design. I may not create content in RTP/default to engine but I had to see how it'd look.

Did see a sword but looked interesting to give her greaves.

Figured out Prince Albert and Roza from the japanese reveal. That only leaves Gale... Though I suspect Lyle killed him and replaced him. That means this software is now named RPL Maker MZ.

also @Holder fantastic work as always, her character design is awesome and you gave her a super fitting pose love it

FYI, pretty sure "Lyle" is just a name @Touchfuzzy gave him. I mean he's called Patrick in the official Japanese MZ trailer. I do like Lyle a lot more than Patrick though.

I wonder if we could get a full cast reveal XD I don't think it's planned for any of the upcoming updates
Click to expand...

Wait, what? Where did the L come from all of a sudden? It originally was just RPGMAKER a couple weeks ago. It could be the language thing where they sometimes confuse L's and R's. I don't know what happened all of a sudden.

EDIT: Nevermind @slimmmeiske2 figured it out. That being said maybe the Priscilla girl is not a main character and Patrick is supposed to be there.

slimmmeiske2 said:
FYI, pretty sure "Lyle" is just a name @Touchfuzzy gave him.
Click to expand...

I was just hoping there's an extended cast HAHAH but yeah that makes sense. Patrick though? That's weird because we already have Priscilla for the P. That does suggest that more characters than the R-P-G-M-A-K-E-R have canon names :V

Yeah Lyle was just a random name I dropped in the box :B

Also @JosephSeraph Gale is the 3rd character in the bust/full art preview image.

also, the only darker-skinned character being the evil / sketchy looking one? Color me surprised! 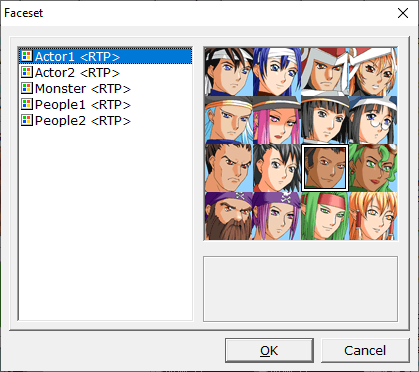 but i won't complain much about that lol. it's not like it isn't an rpg maker trope or anything. Complaining in this thread will do absolutely nothing other than create animosity XD 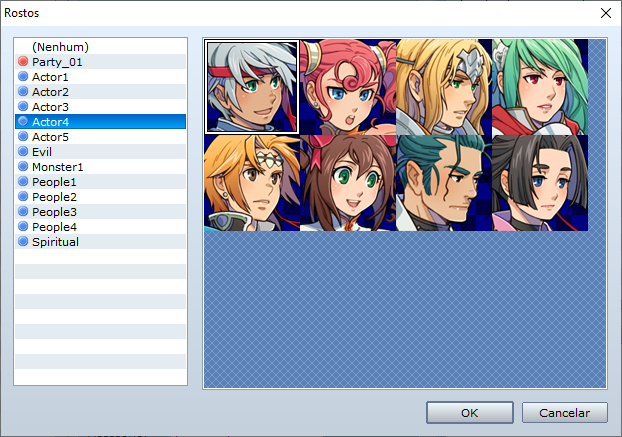 At least Erik was a breath of fresh air.

edit: Also, i'm looking forward to the Description field having some canon lore like back in Ace! 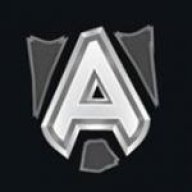 King of the Monsters

Can I have some examples as to what use this would serve or what people would use this for? I've never tracked these things myself so I'm not sure what the point is, but it seems like I'm obviously missing something here. Thanks.

Touchfuzzy
One day, I'll not have this lingering cough and we'll have another make a game stream.
32 minutes ago •••