@Shaz Sorry; this only works with default tilesets, and for that, you must point the program to the base program folders for XP, Ace or MV. To use it with custom tiles, they must be split into individual pieces and placed in the custom folders. Sorry for the inconvenience!

Would it work if I put the tilesets into the NewData folder?

No; there's nothing in the database of tiles that would cover your tilesets. Especially for B-E type tilesets. You COULD put them in the new data folder and name them as something that is already there (renaming existing for preservation, of course) and have it work for A# tilesets.

Thanks I wondered if I was just using it for a different purpose to what it was designed for.

You kind of were, really. It was designed for working with the default tilesets, with some side support for custom bits and pieces.

My sincerest apologies for how long this little fix took! Editing A2 tilesets for MV should now function correctly. 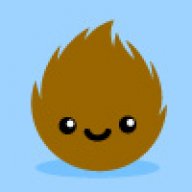 Hi there, I use windows 64-bit on windows 10, and there seems to be an error. Whenever I go to folder manager, and back to tileset creator, it crashes and gives me this error:
Error.PNG

@Cheche Could you please pop open the details button there and copy the contents of that entire section and paste it here in a spoiler? Thanks. It will be big and messy, that's why the spoiler. 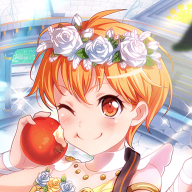 I tried to download it, and google chrome said it was 'dangerous'.

Unfortunately yes, it does that, even for me, even when logged in to my own site. The reasoning is because it's not commonly downloaded, however, rest assured it is safe. All it does is read from your RPG Maker directories, read loaded-in tilesets that you choose, and write PNG files wherever you choose to save them. Nothing more.

Please forgive my necro... This seems like a perfect tool to import DEFAULT tiles into your CUSTOM tilesets.
However what I'd love to do would be to import CUSTOM tiles into DEFAULT or CUSTOM or NEW tilesets instead.
It seems like the only way to do this now would be to create a fake 'New Data' folder and place your custom tiles with default tile names... and even then you're limited to only the default tilesets amount.
To be honest this greatly diminishes the usefulness of such a great tool, and from the other comments in this thread I can see others struggled to do the same.
I wonder if there's an alternative (I mean, except painful manual photoshopping on a grid), or if @taarna23 would care to build this feature?
I don't think it would be too hard to implement, considering the amount of great work you've already put into it.

Just to be clear, what I'd love is:
The left side of the tool to list ALL the tilesets and tiles that I have, default, custom, anything (provided they're in the right format) instead of just default MV tiles. Basically all that needs to be done is the ability to import extra tilesets for the 'Source Tileset' option.
This feature would really make it the most amazing tileset builder.

@Dankovsky Honestly, this was something I considered in the past, but it would only work for A1-A4 tilesets. They're the only ones with a set format. With a flat bitmap graphic there is no way to determine what tiles are what. However, if you have pieces split up (like, say, for use with the doodads plugin), there are folders with the application to put them in so that they appear in the "Custom MV" option in the "Resource Pack" dropdown.

taarna23 said:
@Dankovsky Honestly, this was something I considered in the past, but it would only work for A1-A4 tilesets. They're the only ones with a set format. With a flat bitmap graphic there is no way to determine what tiles are what. However, if you have pieces split up (like, say, for use with the doodads plugin), there are folders with the application to put them in so that they appear in the "Custom MV" option in the "Resource Pack" dropdown.
Click to expand...

As far as I know in MV the B-D tilesets and just 768x768 images on a 48x48 grid, so every tile is a simple 48x48 image. That would make it pretty easy to replicate, no? You just cut everything into 48x48 grid and let the user fill 768x768 sheet however they want.
If I follow your workaround and add tiles into Custom MV set, can I add any number of tilesheets, or am I still limited to their basic amount?

I'm sorry. I am being really dense, I know. But I am just not "getting it,"

This is a utility that makes it easy for me to move tileset parts as working units (so for exampe tilea pieces move together properly) into new files so I can consolidate tiles from the rtp into a new file and create my pared down or specialized tileset for my game.

But it is only for the RTP, not any other tilesets.

Am I understanding it?

@Dankovsky Right... but my specific goal was NOT to split up pieces into individual tiles. I feel like if it takes a lot of clicking and scrolling to make your tileset because all your parts are in single tiles, it may well be less work to use an image editor. That's why I was careful that, for the RTP tiles, to split things up into usable chunks, not single tiles. As for using the custom tiles, because you're not adding sheets, you can add as much as you like. It will parse the appropriate folder into the list for use.

@GrandmaDeb Sort of. It only loads the RTP, by default. I've wanted to add other packs to it, but life got in the way. You can have it add custom tiles from the custom folders, though... they just have to be split into individual parts. The primary goal for this program was to make tileset remixing easier on folks that have a hard time with an image editor. 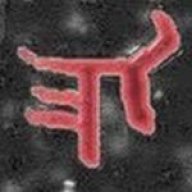 @paradj I'm not entirely certain what benefit to the conversation this was meant to bring. I very nearly removed it as spam.

Always love to get more tileset builder / manager as graphic editing software give much extra features while we are only want to edit tileset placement. However, I don't really get it. First is about the folder manager. Like, well, you're forcing me to create 'rtp' folder and I have no idea how to add more resources that is not RTP. Or at least, it does not seem intuitive

Importantly, some artists just prefer to create a small pieces of tileset that I had to put it myself into a single usable image. And this app does not seem to handle of merging a small graphic all together. Which is why I don't get it. Am I missing something? Loading a tileset also seems need to match the standard size of tileset.

What I'm currently using right now is, Tileset Maker by BRoll which unfortunately their link and site are down. But here is how it looks like

On the left side is a canvas to build your tileset. On the right side is a loaded graphic. It can be in any dimension, a small piece of separate tiles are okay to load. And you can load multiples

Also it might be not really important(?) but you might want to include a preview of this tool, as when I read the first post I had no idea how this looks like and I was just seeing a folder management screenshot. I had to scroll down hoping someone posted at least a screenshot. Last but not least, I'm sort of feel bad of asking this. But a video tutorial of how to import tileset would be helpful too

@TheoAllen It's mostly so people using the RTP can do so in any way they like. There's limited functionality for adding your own tiles. The folder manager needs you to point to your RPG Maker version's folder, not forcing you to create a folder in your project, or some such. This is not really aimed at advanced users, or custom graphics. I wanted to add in direct support for resource packs, but I don't have them all, and I don't have time. Also, if you want to use something else, that's fine. But please don't advertise it in my tool thread; that's not cool.

I'm sorry if it sounded like an advertising or offense. But if your goal is for more simplified usage like RTP and resource pack being merged together, then it's all good. I was just trying to give you some references in case maybe later you want to add more functionality as the said tool is not available anymore and yours is currently the only tileset maker available designed especially for RM as far as I know, I wish you would open up on some suggestions. But I guess, it didn't work
You must log in or register to reply here.
Share:
Facebook Twitter Reddit Pinterest Tumblr WhatsApp Email Share Link

I feel QSprite for MV is underrated. I basically am able to use my chibi sideview battlers I drew on the maps and have all the motions available. this'll help a lot with cutscenes.
4 minutes ago •••

Storyteller-Hero
I've figured out how to reasonably tall-ify chibi sprites on my editor. I like that making tall sprites gives me control on expressing how tall characters seem on the field relative to each other as well as better differentiate adult sprites from child sprites.
44 minutes ago •••

Tanarex
My brother keeps saying," Women in his story act crazy because women are crazy." That's one way to make sure that the only woman in his life will be the retirement caregiver nurse that has to change his bedpan.
Today at 11:04 AM •••