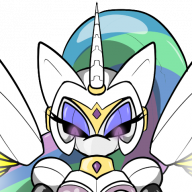 I just interest, can I use RPG Maker VX Ace custom (or DLC) graphics in other engines?
I don't know what written in license agreement of that graphics packs because tiles taken from other non-protected projects (it's old practice).

Depends on what resources exactly you're talking about.
1) RTP:
only in RPG-Maker engines, and only if you own both VXA and the maker you want to use it in.

all other engines are NOT allowed to use any RTP from any maker.

2) Shop DLC:
If you haven't purchased the DLC, then no.
With a purchase you get the licence agreement telling you what you can do with it, sometimes that is RM-Only (no other engines) and sometimes that is any engine.

3) Custom Resources from other games
no
unless the artist specifically gave licence to use it (and then you would be able to find that licence) you cannot use those resources as your own.


ZEkA10000 said:
I don't know what written in license agreement of that graphics packs because tiles taken from other non-protected projects (it's old practice).
Click to expand...

It is also illegal and can get your project a C&D requiring you to delete everything for copyright infringment.
just because it is often done doesn't make it legal to use resources without licences.

TheoAllen
Does the word "research" imply that you're searching for something that had been found before?
Today at 8:05 AM •••