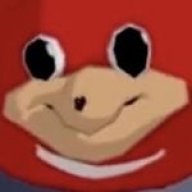 Hello, I'm here with my first tutorial, a simple balancing tutorial, now I'll be sharing how I balance out my game projects, we'll be going over,


As we all know, monsters and bandits are basically the glue to our project,


So for enemies, personally, I give them stats that depend on the players level range,


now a good way for balancing is to give monsters stats that are equal to around half the player's stats, so for example, look back at the playable's stats, now the stats should be lower than the player's,


let's take a slime in a starting forest area,


Now swarms should be 1-3 slime, while VERY rarely groups of 4-5 can appear,


Remember, think about the player's level of what it could POSSIBLY be at each point in the game,


look at the stats and then come up with a close estimate for monsters.


As we all know, buying armor and weaponry is a fair necessity of RPG games, a weapon typically should boost a character by 1/3-1/2 of their stats, so for example,


If your character's ATK is likely around at some point in the game 24, then a long sword available at said point for example should boost ATK by 10-14.


Cash income rewards: Now income such as gold, coins, dollars, pound, or even pizza, idc what you call it, just call it whatever you like.


Now a good way to balance this is like, rare enemies give better gold,


Ex: Mimics are exclusive to certain chests, so they are considerably rare, so they could grant like 1000 cash and a cheap shield, but with a high reward, give the mimic the first attack of the battle, no if's ands or buts about it,


Skills make the game more interesting, so skills can be exclusive to certain events, ex:


let's make a move for this,


removes all buffs to enemies, and has 25% success rate


your character can only learn this by a secret event such as defeating a secret boss or a super hard quest, now you may be wondering,


MP, so sometimes give a powerful move some kinda drawback, either lack of accuracy or it deals recoil damage.


also so if you want a class to learn 20 abilities for instance, make the class learn 1 skill every 5 levels.


Now this is typically how I would balance these things, but feel free to balance things out HOWEVER you want.


Hope this gives you all a general idea on how to balance things out. :3