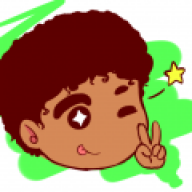 
It will sometimes completely skip an actors act after choosing the combo option. Sometime it won't happen at all, sometimes it'll happen back to back. It so far only appears when in Semi-Auto or Full Auto ATB styles. It hasn't yet shown up under the Wait style.


There isn't an error message.


You don't have to be in game to reproduce it. Just start a battle from the database, and cross your fingers it doesn't happen.


I don't know if it's YEA or MOGs issue, but if anyone can help it'll be appreciated.


-It now happens with the wait style as well. Quite the pickle.


-It appears that the minimum time and time per input withing YEA Input Combo still goes through, but the input windows closes almost immediately loses. I thought it could have been something with the timers being to short but nothing.


I also looked into weather or not is was getting skipped because other units were able to act or during casting times but that doesn't seem to be the case.


-Great news! Ok, so it actually was the casting times for other mobs, after being able to replicate this issue it turns out it's not a compatibility issue, but just a bug with YEA INPUT COMBO SKILLS. Though it's a lot harder to do without some a way to see when a mob is in it's casting state, but I assure you. It is there. I'll try bringing this up to Yan, and maybe he'll have enough spare time to give it a fix, but until then then it looks like the only soft fix is to make sure mob and allies skills don't have casting speeds on any of their skills.