​
I've always been a fan of Harvest Moon-like games. I love Story of seasons and Rune Factory. But that got me thinking: We have a "normal" modern farming game and a fantasy farming game. So what about SciFi and Horror? Since SciFi isn't really my kind of genre, I wanted to try to make a "Horror Harvest Moon". During the developement however, the Horror aspect became less scary and only the setting and characters seem out of a Horror game. But I think that can be quite unique. A cute story with some mystery and a bunch of half dead or otherwise strange people. That's what "Reap what you sow" is.

You wake up in a place unfamiliar to you, without any memories of how you came here or who you even are. Fortunately, a friendly stranger found you! But what's this? The stranger has a pumpkin head? And now that you think about it, the entire atmosphere is kinda weird...And did that girl just loose her head?!

The story of "Reap what you sow" plays in the world of the dead. Yet what you find is nothing like it. The inhabitants are all alive (mostly) and the village seems friendly and safe, but beyond that peaceful village lie deadly creatures - so called Shadowbeasts. They used to be few and the citizens didn't mind them much, but due to unknown events, they have increased. Now it is your job to find out about the mystery while also working to get back your memories - and the way home.

Venture out with fellow townspeople and make friends with them. Who knows, maybe one of them will come closer to you and you might not even want to leave?
FEATURES

- Manage your little farm and harvest dreams instead of crops.
- Explore the outside and battle strange creatures - so called Shadowbeasts.
- Easy battle system: Rock-paper-scissors!
- Learn about the villagers and befriend them. Maybe you will find your true love?
- No matter your gender, you can date any of the potential bachelors and bachelorettes.
- Uncover the mystery of your appearance in the world of the dead. And maybe more?
IMAGES/SCREENSHOTS (NEW!) 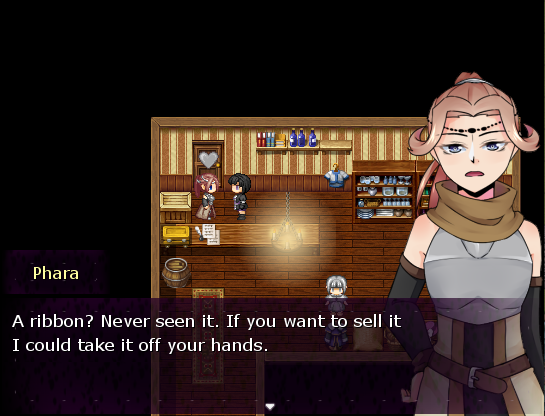 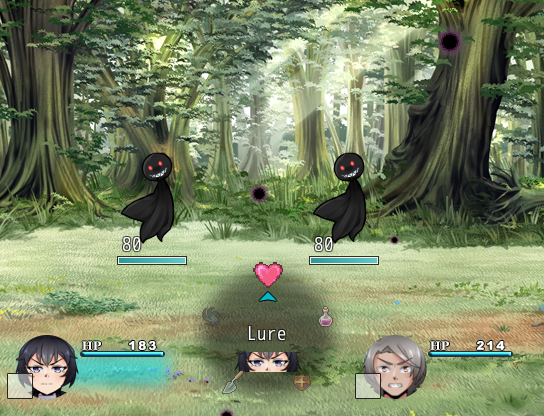 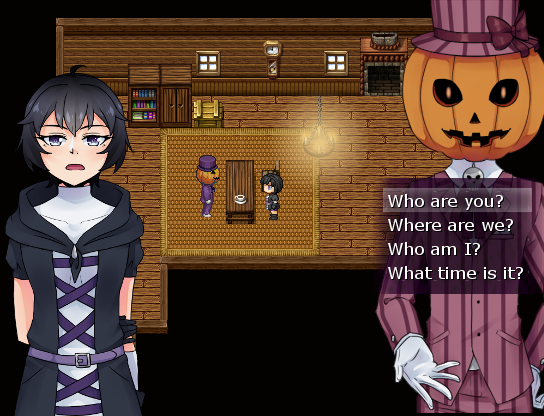 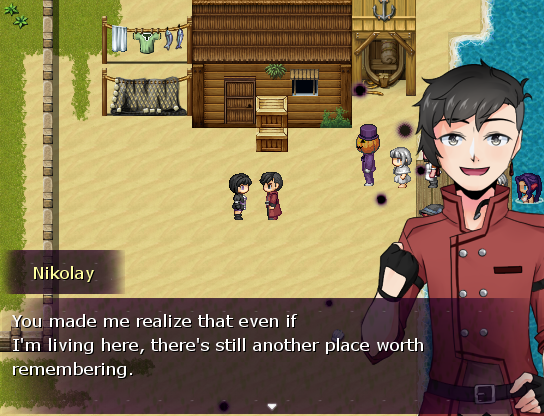 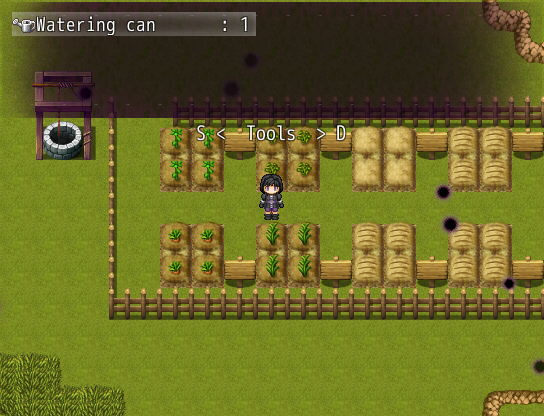 You: You just woke up and you have no idea who you are or how you got here. You only know this: your name and how to tend to a farm.
Jack: The friendly mayor of Jacksonville. Even though his head is a pumpkin, he can be quite expressive.
Phara: The former valkyrie that now manages the general store. Both her work and the ghost Cynthia are keeping her from resting.
Grace: A moving corpse who loses her head once in a while. Very timid, but also very sweet. She gets flustered about her...head problem easily.
Darius: On the contrary to Phara, Darius is everything but a workaholic. He loves to sleep wherever he is, even during work. But why is the Incubus like this?
Katarina: The witch-in-training. Messes up a lot, but she makes up for it with her cheerful nature.
Gabriel and Liliana: The vampire twins. Both seem to be rather unique in their way of acting.
Nikolay: The only other human besides you and Titus. He has searched for a way to reach the world of the death and now that he lives there, he doesn't want to leave!
Kazimir: The werewolf boy without a pack. But despite that, he sees everyone as part of his family. Besides Gabriel. That bloodsucker should just go back into his coffin.
CREDITS

If I've forgotten to credit someone, please tell me immediately. I will add them to the list.
Edit: The game is now ready for the beta phase! No more demo, it's the whole game. It just needs some testing from outside and I can release it^^

I like farming games, so I gave your demo a shot. It's unfortunate that there's not much gameplay currently, but it does seem like a unique town which is a nice change of pace from normal Harvest Moon-style games.

There's not much to do at the moment and I couldn't get a good feel of everything, so I'll skip talking about the game mechanics and story. What I saw seemed fine, though some more polish wouldn't hurt.

Controlling the feather to choose the MC's gender is a neat idea, but you need to block it so the player can't just wander around the map (which I did, because I was hoping to find a secret option hidden in the darkness... There wasn't. ). Even just using events to block the feather between the two choices would work.

Asking Jack questions in the intro seems to be tied to the number of questions asked, not if the question had already been answered. Which means the player can just select "Who am I?" four times in a row and then Jack will continue on the conversation as if the player had asked each question separately. Finding a different way to track the questions may be a good idea if you really want the player to know the answer to all four questions.

English isn't your native tongue, and it does shows. Mostly the dialogue was fine, but it wouldn't hurt to double-check things or find a friend who can go through and edit for you. Here's a few of the spelling mistakes I noticed:

Overall it was hard to get a good feel for the game since it's so short. The ideas presented seem good, but I just didn't get to actually play enough of it to be able to judge how well things work. Hopefully you keep working on and improving this, good luck!

Thanks for the feedback^^ I'll see how I can improve the things you pointed out^^
And yes, unfortunately it's pretty short. I had planned to include the tutorial battle, but I just didn't have the time to balance it properly. And even though it's actually in the game already, I don't want some half-made battle with weird stats in the demo XD

These are the new additions:
-More character portraits
-A tutorial battle and the first area with shadowbeasts
-The start of the main storyline! (Not just the introduction of the characters)
-A taste of the general interactions between characters
-A day and night system
-Polished the graphics a little

What will come in the future:
-More balanced battles
-A crafting system
-The continuation of the main storyline
-The ability to increase (and decrease) affection
-Dialogue that changes with the affection and "heart events"

So far things are going pretty smoothly. If I'm able to keep this pace, I'll be able to release the full game around Halloween.

Beta version is out!

During the development I had to scrap a few things, so the final game doesn't have a day and night system as well as no crafting system.

There was a game-breaking bug, so I uploaded a new version: