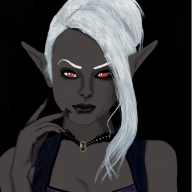 (I'm pretty sure an episode of an episodic game doesn't count as full game, so it probably counts as a demo)


Download here!​
In 2180, humanity has colonized the solar and has repeatedly failed to expand into the stars. Explorers, adventurers, and thrill seekers journey as far as they can from the Solar Colonies in hopes of finding habitable worlds, but with the limitations of propulsion, none dare venture too far, and those that do usually never return. A number of corporations have successfully turned these failures into success by providing adventure vacations; pleasure cruises that take passengers to the farthest reaches that can be safely traveled with the promise that while on one of these cruises, you may be the one to discover a habitable world.

When the Cruise Liner Concordia is destroyed in an accident, one of the survivors, Tayla Woodson finds herself marooned on just such a planet, Vega 2. To her surprise, it's not uninhabited. The natives are intelligent and they learn quickly to communicate with her, but humans have been here before. They're here now. They've been here for awhile. With them, they've brought the worst aspects of humanity that have plagued Earth since the dawn of time.

Tayla soon learns that human society isn't just an era of space exploration and life on multiple worlds as the major businesses always advertise, but a dystopia of uncontrolled corporatism. In a world where not all inhabited planets can produce food and water, agriculture is the most powerful industry in the galaxy. What can one girl do to save a sentient species from the rampant exploitation of a woman willing to do anything to appease the shareholders?

This was a great fun game so far!! I'm loving the intriguing story of the alien goo and the suspicious company. The maps were all very nice too, huge places to explore and very sweet interiors. ^_^ The game also features a simple action battle system, which is a very nice touch for an RM2k3 game!

But I found one bug during my playthrough. x(( When I reached the point that the doctor told me I have to walk from there on (taken to a field-trip), I was stupid enough to die from one of the enemies, and when I got back to the room, the charset sprite of my character disappeared completely. x( It's just a minor bug though, but just thought I'd let you know, Pianotm. ^_^

Thanks! I'm going to upload a version that fixes that bug. Also, now interacting with the terminals in your apartment and in the front hallways gives you a map of the building. 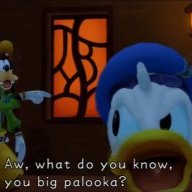