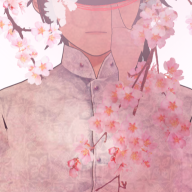 So, I've seen the sudden rise from both Discord, Facebook Groups and Reddit about "why is RTP hated?" And I'm here to quickly summarize on why this is.

If you come here looking for validation to crap on people for using RTP then you're in the wrong post. I support people who use RTP for fun and for beginner purposes. I'm here to inform, not to bash on the people on who use it.

The Infamy
One of the biggest reasons that I've found after researching for a bit is that, RTP assets are pre packaged assets included in the engine itself when you download it. You create a new project, you look at the tilesets at the left hand side of the screen, and then place it on the empty tiles in the map.

This is what the people mostly have problems with. They say that its lazy, default and not original in some ways. But I disagree. Because there are some games that make me say, "This is amazing, considering it uses RTP assets."

Don't believe me? Then I suggest that you play Dungeon Dreams.

That game is one of the few good RTP games that I've played and I'm saying that GOOD GAMES can be done if you have the story, execution and the overall drive to make a good game.

RTP in the community is seen as lazy and is used for just practicing and such. But great games can be made.

I'm not going to sugarcoat it. But I can tell you that a large part of the RPG Maker NSFW community uses RTP assets for their adult game. And not only that, the meme side of the RPG Maker community calling their games as "RPG Maker Meme Game" also uses RTP.

This immediately creates a bad reputation for the community as most assets from the adult community and the meme community of RPG Maker uses RTP assets for their game. You see them use these basic tilesets to create their maps and places, then uses high quality images.

So these "low-effort" or "****posting" things in the meme community made the RTP tilesets even look bad to the community.

What it means to use RTP

When you use RTP, that means you're already announcing to the player that, "You don't care about the graphics." I apologize if that sounds blunt, but it really is.
Using RTP for a game can shy away players and casuals at the like since there's so many "low quality games" of meme games and ****posts and the infamy of the assets being used mostly in adult games.

I'm not saying that you can't make a good game using RTP, because as I've said above, Dungeon Dreams is an amazing game just made from RTP.
The problem that you'll be facing from using RTP is the infamy because of these tilesets.

You'll be placed in the categories "generic," and/or "common."

An example of this is with an anime that has been turned into an RPG Maker game. And that is Rising of the Shield Hero : Relive the Animation. Which was bombarded with mixed emotions from the community.

The ratings in the Steam page is Mostly Positive, but a lot of people felt like it was a cash grab at release. Here's a more explanation of it.

Rising of the Shield Hero Relive the Animation (RSHRA) is a game that was made by KADOKAWA, the creators of RPG Maker itself.

But despite the game showing what the capabilities of the RPG Maker itself, it still fell short of what the RPG Maker can truly do as it barely covered anything.

That game was fully made with everything put in default excluding the menus and the used images.

Yet even with the creators of RPG Maker itself, it still received some backlash and felt as it were just a cashgrab more than anything. Because of the use of RTP tilesets in the first place. You may read the reviews in the Steam page itself if you want to know more.

RTP tilesets have a bad reputation. BUT! It doesn't mean that you aren't allowed to use it. Nor be shamed for using it.

This is an engine made for everyone.

Whether you want to create a game for your friends, publish it online for the world to see, sell it as a commercialized game, anything is possible as long as you have something exciting, unique and fun to the table.
You must log in or register to reply here.
Share:
Facebook Twitter Reddit Pinterest Tumblr WhatsApp Email Share Link