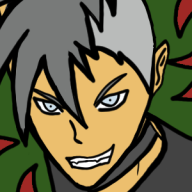 I was wondering how to move the Show Choice window from the right side to either the middle or the left.

Essenceivis said:
Does anyone know how to make items teach skills to classes directly instead of actors? I can't find the command within any of the default scripts. Once I do, I can change it, somehow.
Click to expand...

There isn't a way to add skills to a class outside the editor by default (ie - you can't do it through an event command, so there's also not an easy way to do it through script). If you really want to do this, you will have to figure out how to add a skill to a class via the features list, AND you would have to make your game include $data_classes in the player's save file, otherwise once the game was closed, all your new skills would be lost.


VegaKotes said:
I was wondering how to move the Show Choice window from the right side to either the middle or the left.


edit: Ah, should mention this is for Vx Ace.
Click to expand...

In your Window_ChoiceList script, find the update_placement method. Replace this:

How can i make it so that you can move up and down between the actors listed on the scene? Right now when I call the scene it loads it but none of the names are selectable, nor can i exit when i hit the key assigned to the B button

anyone know the snippet of code to retrieve class of a character?, I tried $game_party.battle_members[0].class, but that didnt work. (This should give back the class of character 1 in the battle party.)

If it didn't work what happened? Cause that should work.
Last edited by a moderator: Jul 12, 2013 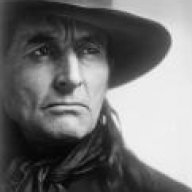 Is there a way to tell the map that an actor was on before they went into battle? I'm creating a system with events that applies different states to actors based on the map they were on when they entered battle (and i'm also using the SwitchPlayers script, so it's possible people may be on different maps), and i need to put something in a Conditional Branch that lets me tell what the map is when the battle occurs

Tsukihime said:
If it didn't work what happened? Cause that should work.
Click to expand...

@Yanen, is your system IN the battle system - set up in troops tab or something? You can still use $game_map.map_id to see what map the player is on, even if you're not ON a map screen at the time.

Shaz said:
@Yanen, is your system IN the battle system - set up in troops tab or something? You can still use $game_map.map_id to see what map the player is on, even if you're not ON a map screen at the time.
Click to expand...

Hey, thanks for the reply.  Figured that out just a little while after i posted =P

So, for the script I'm currently working on, I have a loop that will run until a condition is either true or false, just like most loops, but this one isn't a 'while' or a 'for' it's just loop do stuff end. In the loop calls my scene's update method, which in turn calls super for Scene_Base's update method. Now, when I have this loop running, everything freezes. The screen won't update, but it should, update is called every time the loop goes around. Input works fine, though, it's just that the screen freezes.

There's a part that uses a fiber what pauses a few times (like the wait command on events).

So does anyone know why the screen doesn't update but input does, and how I can get it to update the screen?

Post some code it is strange that your graphics are not updating but your input is.

It's for a password system for a part of a script I'm trying to implement. The loop itself is very simple, update (calls a method to get input), check if the player is done entering text.

I put the Graphics.update in there to try to fix it, but nothing updates it.

I am not sure how to reproduce the issue with the provided code snippets. Maybe you can provide working scene code?

erg, I was trying to avoid that, but fine, here it is, I'll just remove it later.

Fixed it! .   To anyone having a similar issue, perhaps try using Graphics.transition, worked for me
Last edited by a moderator: Jul 13, 2013

sorry, but i dont understand how thee transition was affecting a loop that i would assume is triggered during the scene, ie after the initial transition..

could you elaborate please?

What I think was happening was:

ok i see what you meant now. thanks for clearing that up as i was a little confused lol

No problem, I wasn't quite sure at first, but now it makes sense that it happens that way. 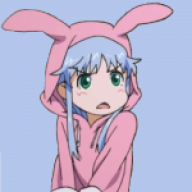 If you can't tell by my profile or the question I'm about to ask, I am very new to this.

I am trying to implement the scripts from the DSResource pack and one of them isn't clear on how to install it, specifically the 1-5 Member Party Status Huds by Fomar0153. It tells me to follow the instructions in the membersplus module. However I don't have that, and don't know how to get that. If it helps, I am using RPGMakerVXAce steam version. Any help would be appreciated

Nevermind, I figured it out. Seems you don't do anything differently with the script. I thought that maybe you needed something downloaded from

Froggo32
Is there anyone who would like to resize some of sprites I've got and put them into MV sheet? I'm bad at that kind of things. I want to make a game, but I lack in resources and I'm bad at recolouring them, so my only option was to use a sprite maker from one game (Ive got permission to use it) but these are sprites from VX Ace and I only have MV. So, is there anyone interested in helping me?
Today at 5:02 AM •••

??????
Working on a system that allows you to define events in an easy to use text file format!!! Would you use such a thing? 0o

Black Pagan
Have my fingers crossed, waiting for a discount sale on MZ on Steam.. Its normally around the corner during Halloween or x-mas season on Steam, if i remember right..
Today at 12:25 AM •••