RMMV Run from zombies while people yell at you 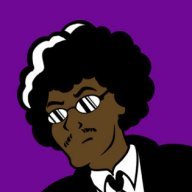 My idea is a short zombie-survival rpg where a town has been overrun by a death cult raising the undead.

Combat is risky: zombies regenerate and call more zombies in addition to dealing damage. However, they also have weaknesses that make some easier to fight than others or easier to run from if you get rid of their stronger cohorts.

People yell at you: while making choices party members will like or dislike what you do, granting combat penalties or bonuses. It will even be possible for a party member to leave if they are irritated enough.

The goal is to make a brief, tense game that gives the player meaningful choices with multiple endings.

Since combat is intended to be risky/avoided the encounters will be almost completely on-screen (with the occasional random one in a dark hallway) and experience will be granted after overcoming certain obstacles in the plot. All abilities past the initial will be gear-based.

I'd appreciate any thoughts. Thanks!

I'm not into survival-horror, but what you're describing does sound very cool!

As a quick word of advice - "Combat is Risky" means that there's a lot of potential harm, but also a lot of potential reward, that comes from engaging the zombies in combat. If players are almost always better off not getting into battle with the zombies whenever they can avoid it, then combat isn't Risky - it's punishing. It's a punishment meant to be the "downside" of other, larger decisions/actions the player makes outside combat (perhaps where they were seeking an upside, like supplies or recruits). This probably sounds pedantic, but my suggestion is to examine where the real risk/reward lies in your game, and try to make that the most engaging part - the part that the player will interact with the most. If you want that to be combat, make sure that potential upside (gain) lies in the combat as well.

I hope you can pull it all off, because you have some really cool high-level ideas at play here.

I think you just gave me a REALLY important piece of advice. Punishing vs. Risky isn't something I had really thought about and so far there wasn't an intended upside to fighting enemies that you can avoid.

Sounds like it'd be smart to have some kind of reward for beating enemies you try and fail to avoid. Maybe making them worth a lot of experience? Since health restoring items are going to be rare that could signal that grinding is not intended here. Or maybe some kind of other resource would be better. Just clearing that encounter out and making an area safe doesn't sound like it'd be enough of a reward.

Either way, you've given me some things to think about. Thanks so much!

You're on the right track. Experience is good as long as players won't be left too far underleveled by successfully avoiding the encounters. I always like "variety" as a good reward for taking on challenges - perhaps different types of weapons/equipment/skills/whatever makes sense in your world that lets players play through in a slightly different way. Maybe they have keys on them that open access to new areas or stashes of supplies. Maybe materials for crafting, if your game has that. Maybe you gain reputation for taking down these threats, which allows you to take on extra quests for important people or gets your party members to like you more.

Just keep letting it swim around your head and I bet you'll come up with a great way to make combat encounters Risky rather than Punishing.

I was thinking maybe an adrenaline buff that ups your attack, but I really like that key idea! Maybe a mix of items and adrenaline.

standardplayer
I noticed random Japanese dialogue in the FF7 remake while playing in English. More than once. Just now I saved a vid where Tifa spoke Japanese after a battle. We all make mistakes lol, this is kinda funny though
55 minutes ago •••

Dreadshadow
I wonder if the new RPG Maker will have a built-in ABS for maps or a light effect system plugin out of the box.
Not having false expectations, but if it has both, then wow. I am gonna party all night. Nah I lie. I will party all night anyway, just searching for a good excuse.
Today at 4:20 AM •••

Dororo
And BAM!, the moment you do understand Python setters by studying JS prototypes. That's called SERENDIPITY, coming with something when you was searching for something else. From "The three Princes of Serendib", a persian novel.
Today at 3:20 AM •••

Philosophus Vagus
The sinking feeling when you realize your grandmother probably isn't long for this world, and the frustration when you know that this pandemic will take her away...not because she has Covid, but because no doctor is willing to see a patient to even run simple diagnostics anymore if one of her symptoms happens to be a recurring fever, even if her primary care physician gives her the test and it comes back negative.
Today at 12:33 AM •••