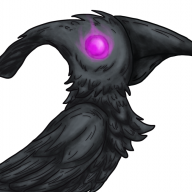 Demo when Sam, we've all been waiting a cawfully long time. 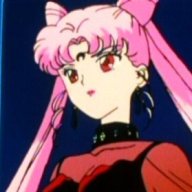 Hi! I have only had a quick look of the game, but found the introduction very fun and lighthearted, the music is an especially nice touch. The overall feel is very reminiscent of 90s anime, like Trigun. It's a curious contrast to all the teaser material posted here which has a very dark, edgy tone? The teaser trailer in particular takes itself very seriously and made me expect something very different. I was pleasantly surprised! The title sequence (after the little intro in front of the cave) was also really good.

2 notes about the demo; using the threat of sexual violence against your female lead at the start of the game makes me feel a bit tired. I understand the shorthand for "these are bad guys who deserve a righteous beating!" but it's, well, it's been done.

The other note, a lot lighter, there's a lot of talking without player interaction or movement. For the whole initial intro where the characters are talking about the Symphony and the Empress, we're basically looking at a static screen with text boxes over it, and it's very long. Even in the bar, there are a lot of long NPC dialogues that don't offer any choice, and just seem to be there to deliver skits. I'd maybe consider whittling down a tiny bit so that the player can get to the part where they control first. This is a style point - as a player and a developer I much prefer to have control and action and agency rather than sit watching something.

Oh, and one question - I really really like the small animations you use in combat. Did you just scale down the existing animations in the DB or is there a script that scales them to the characters? It looks really good in combat!
You must log in or register to reply here.
Share:
Facebook Twitter Reddit Pinterest Tumblr WhatsApp Email Link