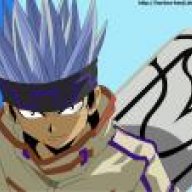 i would like to request a script quite similar to suikoden rune system. Since ace has a feature that adds a trait to a specific item to learn that category of skill, rune system can be applied but i want it to have an extensive feature a scene rather also a condition.

let's put an example, Red Gem and Blue Gem are considered accessories in the equipment tab and adds the trait of learning Flame magic for red and Water magic for blue and depending to it's level he/she gains that skill.

first off is embedding:

there will be a certain shop where that runemaster IS THE ONLY ONE that can remove/equip runes from you. (therefore you can't remove it yourself from the menu, only in the shop) also it's a shop so it do costs fee

2nd is the scene:

it wouldn't be good if you equip the gems in the equipment scene, so it will have a diff. scene where it displays the runes you have (set a limit of 3) can be a small window that can be toggled by a key or can be in the skills scene, where you see the equipped gems

3rd is the skills:

some skills (for example, flame arrows is learned in lvl3 for red gem but the actor equipped red gem in lvl10 so therefore all skills below it must be automatically learned)

all in all, it's a simple equipment scene (3 slots only) where there is a condition that only that shop can equip/remove gems XD

i hope you can help me sorry if it's kinda long

First I will have to look at the suikoden rune code simply because I have never read it.

native code. What I can guarantee it that I will spend the time to work on it (weeding out the famous

bugs all us programmers can't avoid being only human). But let me tell you what I understand.

You want a Rune system where the color code tell what type of trait/skill can be learned (Red for Fire Magic, Blue for Water, etc... (heck, Green for Nature Magic)) and only the Rune Master (Scene_Shop) can equip or unequip it from the actor.

Now for the Equip in the Menu, you can just add another menu item called Runes instead of another Scene which would keep things together.

what type of skill it can apply to.

I will work on it.

What I want to suggest, is that you can use the Yanfly Equip engine here and make a few new equips called "Gems" or shards or whatever, and have those particular items linked up with the Learn Skill on the info page of that item. However, you can have Fix or Seal equip attached to you for those Gem slots, and have them linked to a shopkeeper. That first part I would have no idea how to do it, but I'm sure some of the veterans here know.
You must log in or register to reply here.
Share:
Facebook Twitter Reddit Pinterest Tumblr WhatsApp Email Share Link

Pots Talos
I hate doing voice over videos but people said they like hearing about the details.
Yesterday at 12:56 PM •••