this script have minor visual bug. when i mark rune a as weapon only and rune b as armor only.

then i select to enchant a weapon. it's have no problem. the problem is when i enchant armor after that.

it can be fixed by adding this:

There seems to be a bug that involves draw_icon from Window_Base. The error refers to line 373 there, when I fool around with equipping + un-equipping things after placing a rune on an item. I think it might have to do with having the Individual Equipment stuff, let me check.

Like for example I equipped a rune on a weapon, and when I try to unequip my shield the error comes up.

Edit: Yup it's because of the Individual Equipment scripts. Good thing I don't need those anyways.
Last edited by a moderator: Jun 8, 2013

Hi this is a really cool script I just had a few questions. First of all, is it possible to have the same rune enchant weapon and army differently? For example, have a fire rune that when attached to a weapon makes the weapon fire based but when attached to a piece of armor have it grant the user 10% fire resistance or something? I know you could do this with two different runes making them specifically for just weapons and just for armor, but I'd be really great if one rune could do both those jobs. Also that leads to my second question: is it possible to change the animation of a weapon when a rune is being used on it? Like if you have a rune that makes the weapon fire based, could you change the animation for a normal slash to one like a fire slash? 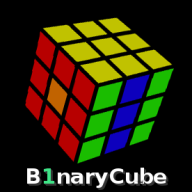 RavenBlueIndigo
Stream will be live shortly! I will be beginning a play-through of Resident Evil 4! Feel free to drop by!
5 minutes ago •••

Copywright
1st iteration on castle interior in Tiled.
14 minutes ago •••

Storyteller-Hero
I've started up Pillars of Eternity. It's interesting how the game does a "select choice" cutscene using still image art for dramatic flair. I wonder if that might work for my RPGMaker project.
37 minutes ago •••