Trying to export my game to run in the latest Ubuntu; right now I'm running it through a VM, to see if I can get it to work.

It took a while to overcome the initial issue, where I had to get a missing library (libgconf-2-4), and after that, my game would run.

However, if I load any map (for complicated reasons, I have 2 different options on my title menu that would load up a map, and this happens on either of them) I get this error:

Googling, I can see references to this in a few places but can't seem to find any solution.

Has anyone here had this problem? My next step is going to be trying to disable all of my plugins to see if it's one of them causing the problem, though I've just tried deleting some of the more conceptually awkward plugins already to see if it was anything which seemed obvious; that had no effect. 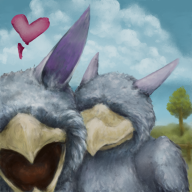 i'm not quite sure but i stumbled upon this github issue (regarding something else, but basically wrapping JS) with the same error and maybe the answer does help you out?
here's the issue

Since the above issue is regarding React, i'm not sure a plugin would cause that?

Beckx said:
i'm not quite sure but i stumbled upon this github issue (regarding something else, but basically wrapping JS) with the same error and maybe the answer does help you out?
here's the issue

Since the above issue is regarding React, i'm not sure a plugin would cause that?
Click to expand...

I just assumed it was a plugin because I can't find much reference to this with RPGMaker MV online, and I kinda thought that if it wasn't, surely anyone running Linux games would've had this problem - or at least a few people. Unfortunately I'm really struggling to find any information.

Thanks for offering advice though! Hopefully someone will be along who has fixed this.
Last edited: Jul 27, 2021

yeah, no problem... i kept on looking and this might still be a rpgmaker thing.... *or* your vm.
following the link in the issue, they're talking about a missing file.
I'm running and developing on ubuntu (though 18.04) and when i build my game with mv it, the game structure looks like this: 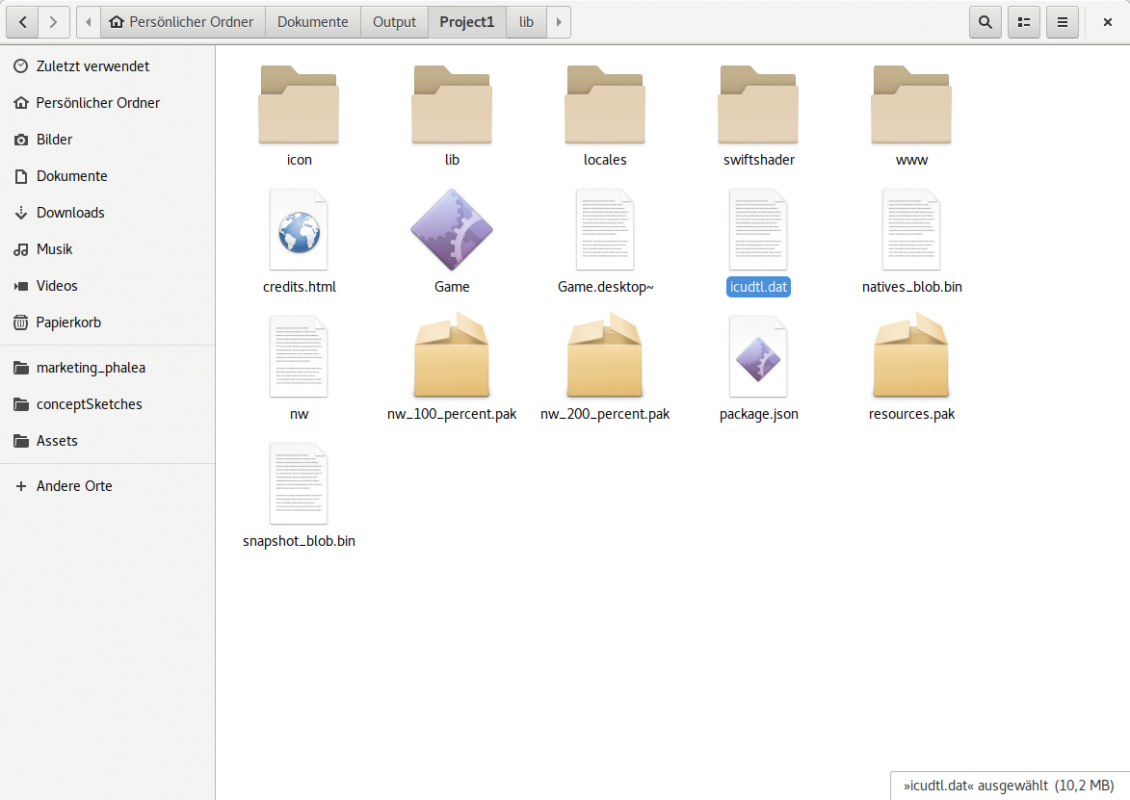 do you have the marked file in your output game folder? if not, that's probably the problem. if yes, that was all i got, sorry

damn, that would've been too easy, lol. I guess, disabling all your plugins and testing it out wouldn't be such a bad idea after all...
I stumbled upon the same issue in a adult game forum (so no link), but that post got ignored unfortunately. It did say that other MV games worked fine though, AND that they noticed this because some fade in or out looked off.
I also checked out some more stuff and it could really be a varity of things (which sucks, but that's Javascript for you )

eg it could be an issue with webgl OR maybe some plugin uses ES6 and it's somehow a building issue with node.js (unfortunately i have no idea how rpgmaker works in the background / what technologies it uses, so it's hard to tell right now)
I am leaning towards a v8 chromium bug, though....

how are you running Rpgmaker? i'm asking because i'm launching it through steam and was wondering if that could maybe have anything to do with it (installing more libraries or whatever)


EDIT to add:
you could try changing/checking your rendering method and try setting it to "canvas" if it's webgl (just to ckeck where the issue lies, it should be possible via the community_basic plugin which should theoretically be included(?) )
Last edited: Jul 27, 2021
You must log in or register to reply here.
Share:
Facebook Twitter Reddit Pinterest Tumblr WhatsApp Email Share Link