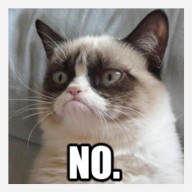 I'm back again for another question thanks everyone for their patience.

I would like to make a life point system like there is in the SaGa games where you have a certain amount of lifepoints and if you lose them all you are permanently dead. And you are able to use items etc to give yourself more life points.
I'm pretty sure all this could be done with just common events and no plugins but I could be wrong I don't know so that's why I'm asking.

If this is true does anyone have the patience to clearly outline how I would go about doing this? As a side note I learn best with visual examples.

I'm pretty sure I already figured out how to display life points in the status menu I would be able to use this plugin Actor Variables (YEP).

Again thank you everyone for your patience and help.

Not having played a SaGa game, and therefore not knowing its terminology, is there a difference between life points and hit points? Are you simply describing perma-death, where you run out of hit points and it's game over? Because that's the default behavior of MV.

Or are life points like extra lives, where you lose a battle and you can respawn or something instead of having to load a saved game?

I guess in order to clearly outline how to do it, you'd need to clearly outline exactly what you're asking and how you want it to work without presuming other people have played a given game (I don't think I've even heard of them ).

That's the gist of it basically.

That's the gist of it basically.
Click to expand...

...so without needing a long explanation, using terms everyone who's played a video game understands, it's extra lives

However, you still did not answer my question about what you want to happen when you lose in a battle. Do you want to simply return to the map where you were when the battle started? It's pretty easy to implement this system, but you need to know what should actually happen in the game.

What I want to happen naturally if all four party members die can you get a game over, but if say only one party member dies they lose a life point when resurrected. and then when all life points are depleted they could never be resurrected again. and removed from the party permanently, so in a sense you can say it's hardcore mode and extra lives essentially.

Alright. That's a bit more complex than the other scenario, but not really hard.

I am presuming from your description that each actor has their own supply of life points.

Create a new state. I'll call it Life, but it doesn't matter what you call it, don't give it an icon.

In the Life state, put the following in the note section:

Code:
I'm using two of the standard animations that are created in a new project. If you've changed those or don't like them, change the number to the ID of something you do like; or if you don't want any animation, delete that line.

For each actor that can be in your party, give them the following notetag:

Code:
where x is the ID of your Life state.

In the first map of your game, create an event that's set to autorun. Add an event command of Script (third tab, bottom right) and paste in the following code:

Code:
You can change that number to whatever you want their starting life points to be.

If you want to replenish them with an item, you'll need to make another blank state - it doesn't matter what you name it, don't give it an icon.

Then give it another Effect, Other -> Common Event

In that common event, add an event command of Script and paste in the following code:

Code:
where x is the ID of the state you just made. That will cause using the item to refill their life points to 10. If you want it to do something different, change that line accordingly.

The only thing this doesn't do is give you a way to see an actor's current life points during play. You'd have to decide how you'd like that to happen and ask for help adding that in, if you want it.

You're welcome, but it's all pretty basic uses of those plugins. Like I said, the biggest chunk there is copy and pasted from a free example, changing one or two lines.

Let me know if anything bugs out.

i really appreciate your help.

Mr_Mime_1983 said:
i'm trying to figure out how display the life points and the status menu of the actors.
Click to expand...

I haven't done work with editing what's displayed in the status menu. You can Google for plugins (there are a good number) and see if any of them support custom fields, or wait to see if someone who knows better drops into the thread.

Mr_Mime_1983 said:
i would be fine with an NPC telling each actor how many life points they have.
Click to expand...

In the event, you'd simply make a Conditional Branch -> Actor X -> In the party
Inside that, Control Variables -> Script -> $gameActors.actor(X).lifePoints
Then Show Text and have the NPC say whatever you want, and reference the variable ID that you just set.

Repeat the above for each actor that can be in the party.