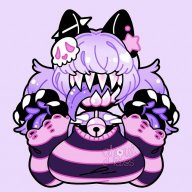 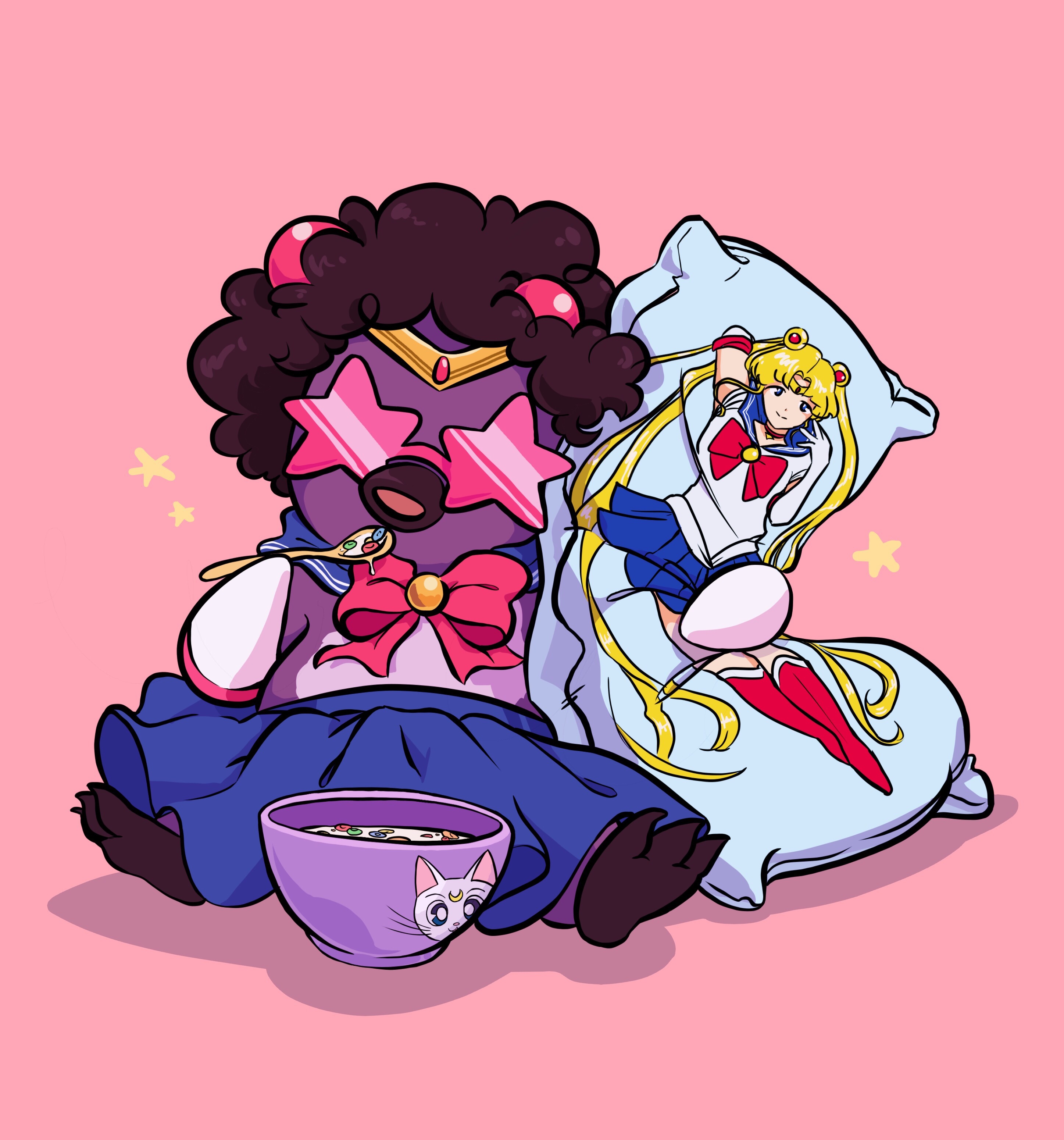 He is the one named Sailor Albert~

~Welcome~
Hello everyone and thank you for coming out here today! After years of wishing, and wanting to make a game about a penguin that loves to cosplay, I've finally got the chance to go for it! However this will be a lot for one person alone, so I've decided to come here and ask for help!

~About the Project~
Sailor Albert is a wacky and fun story game developed on RPG Maker MV. The game features a cute penguin, lots of glitter, and a new combat system I came up with myself! The game won't be very long and will at most be an hour so I can't imagine it taking more than a few months to complete. The end goal of the project is to release the game on the Google Chrome store and anywhere elsewhere it might fit in. This will be a FREE game so any help will be greatly appreciated! You will, of course, be credited since I'm not a monster and like sunshine.

Sailor Albert is your local Sailor Moon loving, cosplay fanatic who just came home after buying some bubble tea and pocky. Unfortunately, Albert forgot to lock his door and walks in his house to find that his entire Sailor Moon Collection was stolen! Even his favorite movie, the special Blue-ray edition Sailor Moon R the Movie: Promise of the Rose was nabbed! Now Albert has to beat up nerds and chase down the thief to recover his collection! Will he be able to make it before the trail goes stone cold?
+Albert+
​
Sailor Albert used to be a normal penguin living in Antarctica when he stumbled into a village. He went inside one of the houses and found the Holy Mother of anime, Sailor Moon. This, of course, expanded Albert's mind and he came to the house every day to peek in and see the show. When it stopped appearing on the TV, he left the Arctic to find the source of this incredible gift.

He swam from the Arctic to the Japanese border, where he used his flippers to cross the border along with all the other Weeabos. After he got in, he started to turn into a full-fledged weeb and fangirled at everything relating to anime. He then spent the next 3 years of his life learning morse code so he could talk to his fellow otakus. Unfortunately for him, nobody knows mores code so he just wasted his time. So he went for second best and just learned to understand Japanese.

Since Albert sits in front of the computer and TV all day, he got radiation poisoning. However, instead of killing him, it made him into a purple magical girl with the ability to make costumes from thin air. With his first biggest dream of becoming a superhero completed, Albert set off to complete his second-biggest dream. Becoming a world-famous costume designer. To help him achieve this, Albert went to a cosplay panel at Comic Con. However, he forgot about his flight back and is now stuck in New York.

As of now, Albert is the only one to have a sprite! Made by the wonderful dewchu! 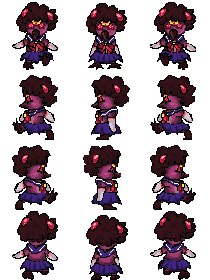 See Albert's Toyhouse here! (Warning: Some info maybe be outdated!)
~Roles Needed~
Spriter/Skill Animator: OPEN
(These don't have to be the same role but it would be ideal so that way styles stay consistent.
As the spriter, you'll have to make backgrounds, full areas, some menus, main characters, enemies, NPCs, and some items.
You will also need to do basic animation like walk cycles. YOU MUST KNOW HOW TO FORMAT SPRITE SHEETS)


Artist: OPEN
(As the artist you'll have to make the titles screen, logos, some menus, as well as graphics for things like the controls page.
A few still frame cut scenes would also be nice but are not necessary)

Composer: OPEN
(As the composer you'll have to write music for the title screen, battles, different areas of the game, intense moments, and the credits.
Sound effects will also be appreciated! This role isn't necessary to the completion of the game but is HIGHLY appreciated!)


~My Roles~
As lead developer I will be in charge of writing, managing the team and making sure everyone is on task, devolving the game in RPG Maker, events, and everything else that wasn't listed as a role. If there are any questions at all please feel free to message me!

~The End!~
That was a mouth full but thank you for taking time out of your day to read and consider helping. If there are any questions or you are interested in joining please feel free to reply or message me, either here or on my Discord and Instagram. (I may be able to get back to you faster!) Have a great day!

Lol these new tiles are looking cute. :B
Made with Country Woods (Available on the Store) and Country Woods II (w.i.p)
28 minutes ago •••

standardplayer
I noticed random Japanese dialogue in the FF7 remake while playing in English. More than once. Just now I saved a vid where Tifa spoke Japanese after a battle. We all make mistakes lol, this is kinda funny though
Today at 4:28 AM •••

Dreadshadow
I wonder if the new RPG Maker will have a built-in ABS for maps or a light effect system plugin out of the box.
Not having false expectations, but if it has both, then wow. I am gonna party all night. Nah I lie. I will party all night anyway, just searching for a good excuse.
Today at 4:20 AM •••

Dororo
And BAM!, the moment you do understand Python setters by studying JS prototypes. That's called SERENDIPITY, coming with something when you was searching for something else. From "The three Princes of Serendib", a persian novel.
Today at 3:20 AM •••