Sanctuary of the Forsaken - Reviews/Suggestions Wanted!

As the title reads, I'm working on a new RPG. I've dabbled with RPG Maker since RPG Maker 2000. I love the game, and have always wanted to tell a story in the form of an RPG.

I'm not a writer, more of a programmer. So my strong suit is not graphics or mapping, but learning code. In the process of learning by modifying scripts, reading code, etc.

What I've been doing is posting progress videos of my game. I'm going to post here, and hope you guys can take some time out of your day to give a fella some feedback.

thanks again in advance! 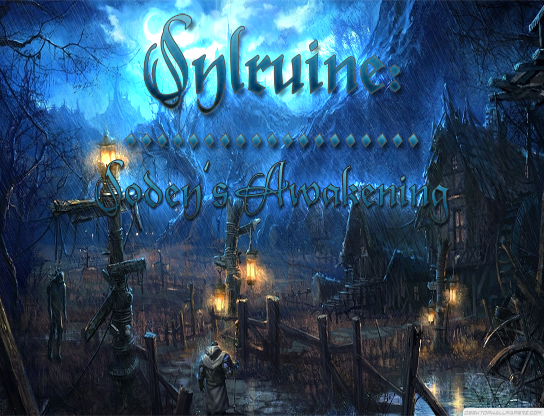 I find giving feedback just from a video more tricky than playing it myself, but here are a few slightly random thoughts.  I watched video version 0.04

You say you're not a writer, but actually the writing was quite good.  Your dialogue was interesting and enjoyable and gave good characterization.  You clicked through a shade too quickly for someone who is not totally familiar with the text to take it all in in places, but I did notice a couple of typos near the end.  "...who's gold" should be "whose gold" and there's "anypne" shortly after it.

Mapping - not bad, but could do with some more work so that what is presented is a bit more coherent.. e.g. in the house of the Town Clerk - why has he got 3 massive chairs clustered together like a bunch of grapes?  No one would have 3 chairs all bunched up like that on one side of a table.  Why has he got that huge dining table with a maybe 10 chairs set around it?  Because I couldn't explore for myself, I have no idea of the scale of that house, but it seemed to me that table was way too large for the size of the house.  Why has the cave got what appear to be human-made columns in it?  Those caves have obviously been in use at some time (broken down tables, chairs, crates, abandoned shovel).  Is that random clutter or is there a story reason why people have been living in caves?  If it's random clutter, is it the most appropriate sort to have in a cave?

I noticed that you got stuck with a woman blocking your path so that you had to go into a house to get her back to her starting point.  Where you have an NPC close to a narrow path, you could put a completely blank event, set to below characters, on the path and then this blocks the sprite's movement.  What I do is actually put a comment in the event "movement block" so that when I come back later I'm not wondering why it's there.  Are your chickens set to 'same as characters'?  It looked like he was walking over them on occasions.

Use of faces is not consistent.  Why does the Town Clerk's face only appear at the end of the conversation?  There is an error when Sodey first talks to Lydia, as his face switches to that of Eric.  I now don't recall exactly where, but a couple of times I wondered why there was no face.

Error in the cut scene at the end.  When the baddies appear, Sodey's sprite is suddenly over by the steps and so he has his back to them when he's talking to them.

I noticed that your random encounter rate was a bit erratic and that around 9 minutes you literally had the "3 steps and it's another fight" problem.  This looks to me as if you are relying on the rate as set in Map Properties.  I don't want to waste your time reading something you already know, but there is a way of fixing this with a tiny tweak to Game_Player and using a variable.  If you don't know how it's done and would like to, let me know.

A couple of design choices - and here we are definitely in the land of personal preference.

You have implemented the sound effect of the clicking when text appears, like a typewriter.  This has had some discussion on a couple of threads, and the general consensus is that this should be make optional because it is something that will deeply irritate some players.  The way you have implemented it and the volume is less intrusive than some games I've seen, so you might get away with not doing that, but I mention it as something you might want to think about.

The other is having the quests permanently shown on map.  At one level it's handy, I can never forget what I'm supposed to be doing.  At another level, it feels too much like both hand-holding and being forced to do things in the order that you have decided, rather than leaving me free to explore around, poke in odd corners, perhaps do things in a slightly different way.  It also clutters the screen up, and I'm someone who likes a screen without it being crowded out with bars, graphs, icons, text and all the other stuff people sometimes put up.

And that illustrates the downside of getting feedback from a video - I can only comment on what you did.  But players do things differently, they don't know the ins and outs of the enemy stats and skills, they don't know where everything is hidden, they might try and go to places that you don't want them to go in, or do things in a way you hadn't thought of doing, and it's then that bugs are revealed.  Could I recommend that you put up a playable demo for proper feedback?  Only that way can you get useful comments on your balancing, for example.  One thing I did notice - you've given the cost of your healing spell to Energy (=TP).  I'm not a fan of that unless you also allow TP to accumulate.  When it starts at a random number it can, of course, start at zero and so could be unavailable for 2 turns unless the healer is also hit.  That can render it useless and can certainly make the player's experience more difficult than perhaps you intend, especially as you're using random encounters and therefore the party could be surprised and the non-healer take a couple of hits.  The only way round that, imo, is to have a more generous provision of healing items to be found in obvious places, or very ready access to buying them.  Again I couldn't see what price your potions were, if I had the money to buy some before going to meet Lydia and so on.

On the basis of what I saw, it looks to me as if you've got a nice game coming along.  An engaging couple of characters, acting in realistic ways, and the way you handle the baddies (thieves?) is non-cliched.

Tea's Jams
Wow! This game may be one of the best Maker games I've ever seen! Come hang out with us while Drifty and I experience this masterpiece

Mike-Turtle
The team and I are taking a 2 month break from Evergloom (now in it's second year of development) to enter a Gamejam! We work pretty well together now so hopefully we can create something cool.

We've decided on a village idle game, because of the Jam's themes!! It's exciting to be working on something new!

DesperateMeasurez
New Free Music! This is an epic orchestral called "Break These Chains." I think I posted a preview of it awhile back, but now it's finally available to download and use!

DawnStar
Recently played OneShot and it's reminded me how a game doesn't need to be very long or have a big complex story or gameplay to be good and interesting. It's a RPG Maker game that does unconventional things I would never dare trying to do but it's a cool one nevertheless.
Today at 3:25 AM •••