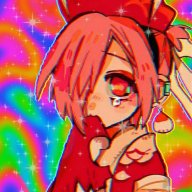 Hello, and welcome to my thread! I wanted to make a pokemon fangame a while ago but felt it would be a bit tough for me, since I know virtually nothing about scripting and don't know any plugins for pokemon battles. In the future, I may try to make the fangame of my dreams, but I at least want to have all the assets ready for when I do... at least, sprites and the story line, as well as even a few fakemon I may throw in for the sake of having unique pokemon in the region. For now, I decided I'll just make pokemon sprites to share with people who would actually be able to put them to use. My sprites are pretty amateur as I'm still new to this whole making sprites thing; I've never been the best at pixel art as I love love love my anti-aliasing. Please make sure you read the rules below!
Honestly making what I have so far was so much fun, I'll probably be a sprite-releasing machine here soon.

A semi-important note: I put Panpour into the game- and, since I used him as a base for the other two- he, Pansage, and Pansear are MASSIVE. I do suggest resizing the sprites a bit. My apologies for that! I do believe the dimensions I drew them at are fitting for a charizard though... I'll keep that in mind later.

If you have any specific pokemon you'd like for me to make sprites of, feel free to reply to the thread with them! The email is only meant for questions about the allowed usage of the sprites/questions on rules or if you can post them on another site, stuff like that. I will likely not be adding faces, if I do they'll be made after the respective walking sprites, which are top priority. The second priority is battle sprites, which will not be side view, they will just be still images meant for traditional pokemon-like battles.


1.) You must credit me if these are used! I spent quite a while on them, and whilist the amount is small right now, I plan on adding a lot of pokemon to this in the future, hopefully 20 minimum at some point!
2.) Sprites can be edited into sheets/made smaller, but cannot be traced over, used as a base, or recolored.
3.) Do not claim sprites at your own.
4.) Do not use sprites in any sort of sexual manner. Pokemon are literally like, animals, and I'm a minor. Ew.
5.) Sprites can be used for personal (NOT commerical) works as long as I'm credited.
6.) Do not redistribute sprites.
7.) They are only meant to be used in RPG Maker MV and other programs in the RPG Maker series. Please don't use them on other game makers/websites (ex: scratch website, or gamemaker studio 2)
littlestarsdraws@outlook.com

ATT_Turan said:
I would be very leery of telling people that. If your artwork is recognizable as Pokémon, then they are derivative works of a copyright owned by Niantic. Under U.S. copyright law, only the holder of a copyrighted work has the right to create or authorize a derivative work.
Click to expand...

Arctica
WE ARE THE BORG. YOUR BIOLOGICAL AND TECHNOLOGICAL DISTINCTIVENESS WILL BE ADDED TO OUR OWN. RESISTANCE IS FUTILE.
15 minutes ago •••

Tiamat-86
D2R save files are so broken. how was the beta test better then the full release. blizzard's last hope crashed and burned.
they're getting no more chances from me.
23 minutes ago •••