Save Spot or Save from Menu? 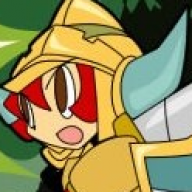 Kes said:
@zeello Maybe I'm over-reacting, but I do feel like your suggestion amounts to a total hand-holding. Player has to remember to do something? Yep, like they have to remember to equip new items, buy healing items etc.
Click to expand...

Yes, but those things are within the context of the game. Saving is not, unless the game is specifically themed around a character who can undo failures and go back in time to points that he/she manually set in the past. (In which case it's technically not saving and there might still be a save system on top of this)

Games used to have password saves, now they don't, is this hand holding too?

People need to stop getting up in arms and acting like it's demeaning to our intelligence to have games be well designed. For me it's the exact opposite. Bad save systems are insulting not the other way around because it's a sign of laziness. A manual save anywhere system is a fine while you're developing the game or simply testing for bugs but creating a proper save system afterwards requires a little extra effort. Not to mention it also makes it seem as though the game maker is jgnorant of the reasons why that type of save system is bad or that better alternatives exist.

I forgot to mention something too. Something I wanted to clarify. It's not just that the player must remember to save. But sometimes they may not even know how to save or that the game isn't automatically saving their progress for them. This happened to me recently when I played Zelda Orcacle of Ages for the first time a couple days ago. I forced myself to beat the first dungeon to see if that would save (that's how it worked in LttP I think- that game let you save even when you died) and when it didn't, I had to conclude there was some other way, and that's when I hit up the pause menu and dug around a bit and there it was. Not every game saves the same way, every game has its own rules, so regardless of what save system you decide to implement, it's important to at least make those rules clear so the player doesn't spend their time crawling through the opening of your game only to have their progress wasted.

Games made with 2k or 2k3 typically used sparkly things on the floor that you stood on to save, so player touch,
Click to expand...

I use a script in VX Ace that saves automatically to one or more slots simultaneously, and I am even able to choose the slot to use depending on what part of the game the player is up to. It essentially turns the load screen into a sort of chapter select system.

but they only brought up the save menu, they didn't do it automatically.
Click to expand...

Personally as a player I prefer being able to save anytime, but this is mainly because my time to play games is so limited so I need to actually be able to stop playing the game when needed. Due to this, what game I play becomes influenced by the predicted amount of time that I have. If a game only has save spots, and especially if those spots aren't abundant, that game will probably collect dust in my shelf.

I believe Pokemon proved that saving anywhere doesn't hurt and rather helps quite a bit, since a fight could be around any corner and you don't want to lose half your money or affection of your pokemon (I never let pokemon die, even though it doesn't actually matter). And I think Final Fantasy Mystic Quest was brilliant about it and how it did things with saving and game overs. Even though you could infinitely retry, the game doesn't ask "retry?" but "give up?" and it gives a dread of "I have to fight that thing again?" in making bosses seem scarier.

And it's held up in any game I've played. Skyrim and Pokemon I save constantly. Final Fantasy 6 I save every save point. Dragon Quest I save every single town (and outside in ones that allow that).

However, I usually dislike auto-saving; I turn the function off in Bravely Default. But then that game lets you turn off encounters easily and then you can get to a save point in a minute regardless of where you are. 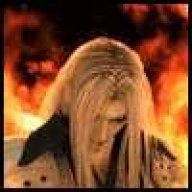 Here's an idea (obviously it doesn't apply to more linear dungeons and such) but Finite Saving. There are many save points but they're all single-use (perhaps unless you have a way to "recharge" them).

So a dungeon may have 5 save points... but if you need to save more than 5 times, you're out of luck. This lends itself more to games where you have to backtrack a lot though.

I like save anywhere systems since, like many others, I don't have the time to search for save points anymore... but consumable saves sounds brilliant (and I think imma use that idea )

I'm not sure about the consumable saves either.
Why do you want to limit your game?
Players want to have fun, not be bothered by an antiquated game mechanic (save points) that adds nothing positive.
Save point equals No play for many people with anything that looks like a life, because the days of non-stop playing are behind them.
Unless you're aiming only at people with a lot of free time (and even then), you'd better stay away from anything that might break the fun.

Do you imagine having "save points" while reading a book or watching a movie?

cabfe said:
Do you imagine having "save points" while reading a book or watching a movie?
Click to expand...

I've already made my points about saving anywhere, but I wanted to respond directly to this statement. Nearly everyone I know will read whole chapters in books, so they are like save points (and it's very annoying trying to pick up mid chapter). And I never watch a movie if I don't think I'll see it all the way through in one sitting.

Old school games that had save points or only certain areas you could save also often 'overdid' it with the saves; Final Fantasy (up through 7 but not 1) has plentiful save points or small dungeons. Dragon Quest has Outside so you can leave the dungeon easily to save. Zelda games let you save anywhere and reloading brings you to the beginning of the dungeon (not a straight rpg, but the mechanic works well). As long as save points aren't forever apart from each other, then you'll lose maybe at most 15 minutes of gameplay.

Mind, even with things like responsibilities to worry about, I carve out 'enough' time to play video games. I don't want to play an rpg for less than an hour even if I can (such as Pokemon). I've never had an issue with even games like Final Fantasy 1, where saving was only outside dungeons, you can't leave easily, and there was even bugs with using tents (and related). Don't make your game like that, but save points aren't a bad thing.

@kirbwarrior - So, you never read on a train, have your phone ringing, someone asking you something, go to the toilet, nothing ever happens?
The *ability* to save everywhere is the key, not a mechanic. If you can save everywhere, of course you can save only at specific moments. The opposite is impossible to achieve.
Or do you go back to the beginning of a chapter of a book if you had to stop for any reason?

cabfe said:
@kirbwarrior - So, you never read on a train, have your phone ringing, someone asking you something, go to the toilet, nothing ever happens?
The *ability* to save everywhere is the key, not a mechanic. If you can save everywhere, of course you can save only at specific moments. The opposite is impossible to achieve.
Or do you go back to the beginning of a chapter of a book if you had to stop for any reason?
Click to expand...

I actually am entirely on the side of 'save anywhere'. I was just talking specifically about the point on books and movies. You can set down a book or pause a movie as easily as pause a game. But chapters in books are basically saves for me. And I don't usually watch movies at times in the day where I'm likely to get interrupted. If I do, I usually will restart a movie from the beginning.

Finnuval
Jeez...
I finally decide, after several ppl asking me to, to create a gamethread about project M... And my internet craps out on me halfway through the process
46 minutes ago •••