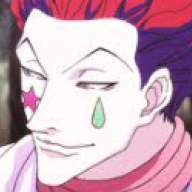 Is there anyway to save variables to the game even if the player doesn't save themselves without saving the entire game? I want to stop people quitting and reloading the game to stop people cheating the casino in my game.

Maybe a variable that saves to a separate txt doc in the folder?

There is a plugin that allows global variables. These variables aren't tied to save files. See this: https://forums.rpgmakerweb.com/index.php?threads/global-save-data.59665/

Hyouryuu-Na said:
There is a plugin that allows global variables. These variables aren't tied to save files. See this: https://forums.rpgmakerweb.com/index.php?threads/global-save-data.59665/
Click to expand...

This looks promising thanks!

Code:
Then use the script event command to call save() and load()

hime has a file save sync, so even if you save on a different save file, it basicly stays on 1, as well if possible an auto save upon spinning or using
the casine machine.

Poryg said:
Code:
Then use the script event command to call save() and load()
Click to expand...

Be aware this won't work if you play the game in a browser from a server, whether locally or not, because node.js isn't available then.

Why dont you save the game via script call after the player plays the cassino?

Eliaquim said:
Why dont you save the game via script call after the player plays the cassino?
Click to expand...

Because I don't want the players position to be saved to the casino after they spin, my game has set points that you can only save from there. In my experience also, having savepoints in the same place as events with randomized variables has the habit of corrupting save data.

One way you could approach this would be to randomize the results far in advance - for example, you could dedicate 100 variables to the Casino and randomize them when the game first starts, with one additional variable cycling (in order) from 1 to 100 to track which variable should be used next.

Whenever the player plays at the casino, it will use the results of one of those 100 variables (the one indicated by the additional variable), and then randomize and overwrite that variable afterwards (which will be used 100 plays later). An extremely long sequence would still create different results from one trial to another, but for people who want to save scum one or two results, they will never be able to because when they load, they will get the same result on those first 1 or 2 (or up to 100) tries, because whenever they last saved their game they will have also saved the results of the next 100 casino attempts.

In other words, the random number "generator" for the casino event would look like:

By the way, @Symbol_ I thought I was waiting for you on the commission, but I recently realized I was wrong, and you were actually waiting for me. Really sorry about that! Look out for a PM within the next week.