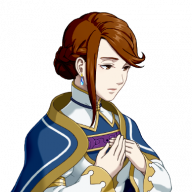 Hi everyone,
Firstly, I hope this is the right place to put this thread. Sorry if I've got it wrong...
I'm currently toying around with a game idea I'm wanting to start on and I was hoping to get some feedback as to whether it looks like a good idea and something any of you might be interested to play. I'm also considering going commercial with it if it's good enough.

Setting:
You are an explorer who, with a small group, have been assigned the task of surveying new, uninhabited planets and collecting resources and samples for scientific research back on your home planet. After setting up a temporary camp on a planet and beginning with the collecting, the explorers find that the planet is actually not uninhabited. It has been used by some unknown enemy who wants to take over your home planet and has made a base for creating an army of dangerous war robots.

The explorers are getting very limited contact with their home planet and must now find a way to not only survive on there own, but to also stop this unknown enemy from his goal before it is too late.

Gameplay:
I'm thinking that the gameplay could include:
* Finding and collecting different resources on the planet such as special rocks with minerals, jewels, plants and other things to help the player survive.
* A weapon upgrade system related to the resources the player collects.
* A crafting system - creating machines, gadgets etc. to help with surviving and the fight against the enemies.
* An oxygen system - the player has to monitor their oxygen levels and make sure they have enough for the expedition away from the main camp. I might also make a way for the player to synthesis more oxygen while they are out using minerals from rocks.
* Possibly a hunger/thirst system - The player has to make sure they get enough food and water for themselves and their friends to survive.
* On map battle system with shooting and other things (not turn based; more dodging and quick movements)

These are just a few of the things I have in mind; I've got some other ideas about on screen images with clicking systems and stuff (Like using a little pick to chisel away at a rock on screen).

What do you all think of this idea? Feel free to give any feedback even if it's not in favor of my idea, I'm perfectly fine with that .

I've had a similar idea bouncing around my head for years. Would definitely be interested in trying whatever you come up with as well as helping out!

I like killer robots, so that part of the idea seems cool! I mostly hate survival games, tho, so what Immabout to say is prejudiced like that.

I adore the idea of playing as a small team of surveyors who have to improvise their own equipment and fight against an overwhelming enemy. Like, LRRP, marine recon, pioneers? Love it! Also like I said, killer robots are just too cute!

I hate the idea of having to monitor oxygen, thirst, and hunger levels. I just hate it! I know some people think it's exciting, but for me it's just wearisome and stressful and takes away from the enjoyment of pooping around and dodging killer robots.

If you would remake Unreal from 1998 in MV engine, then I would play.

@hdhayes11 Hopefully I'll be able to get it up and running into a demo at some point soon. I'm thinking I'll probably be using placeholder graphics for starters as it might help later down the track to get a unique set of graphics for this game. If you're interested in helping out, just send me a PM and we could discuss possibilities. Note that this is just an idea so everything is in it's beginning stage.

@alice_gristle I'm glad you like the idea! One thing I like when playing games is the ability to turn certain features on or off, which could help in this case with the food and oxygen systems if I decide to implement them. Or I could just make the collection of food, water etc. a specific quest within the storyline (that's not timed) or as a side quest.