(Mobius's Quest Journal (hereafter referred to quest journal) is CC Attribution Sharealike Tigerus Fay's One-Player Menusystem (hereafter referred to as 1P menu and/or one player menu) is CC Attribution Noncommercial Sharealike. This means you can't use the one player menu script in commercial projects, however, you can integrate the Quest Journal into any menu. I will be posting a way to integrate stuffs below this post.)

Mobius's Quest Journal is one of the most easy-to-use quest logs out there, but not many menu systems reserve a space for it. I wanted to integrate the quest journal into the one player menu for my own purposes, and decided to post it so other people wouldn't have to stare at a combined 1400 lines of code trying to figure out how to mash these two scripts together.

These are the noncompatible versions, put here for credit reasons. Keep scrolling for the actual scripts.

Installation: Paste the script above Main and below everything else.

How to use Mobius's Quest Journal (original script thread)

A: I shouldn't be getting this question.

Q: I have a question about how to use the script?

A: Check the original script threads. I was not genius enough to create these scripts, and therefore know nothing about how bug reports and stuff operate.

Q: I want to integrate this quest log/a crafting script/something else into this menu script I have!

A: Check the tutorial on screens below this topic.

I did not make the original scripts, in case you haven't caught onto that yet.
Last edited by a moderator: Jul 9, 2015

Adding Scenes (such as quest logs) to Menus for Dummies
An RGSS1 Tutorial in Three Easy Steps
Disclaimer: 'for dummies' is a trademark of Wiley Corporation and is currently being used in a humorous way that is not intended to offend anyone.

Things to familiarize yourself with in the Menu

1. The tabs. Tabs are the rectangles that a player can interact with in a menu to open their inventory, save, quit the game, put on equipment, etc. These tabs open a variety of scenes, and can be set to certain things such as an Equip screen or a Quest Log screen.

def main
# Make command window
s1 = $data_system.words.item
s2 = $data_system.words.skill
s3 = $data_system.words.equip
s4 = "Status"
s5 = "Save"
s6 = "End Game"
#Add additional tabs by defining:
#s7 = "Quest Log"
#and adding s7 to the Window_Command.new(160, [etc]) index.
#However, this will look ugly because the Quest Log will not fit into the window. You will have to redraw or remove a few windows. With the default menu as an example: You would need to remove either the playtime window or the steps window to fit in a Quests button You could also resize the windows by messing with
#@windowname_window.y = [value]
@command_window = Window_Command.new(160, [s1, s2, s3, s4, s5, s6])
@command_window.index = @menu_index2. #The scene processing bit. Instructions at the bottom of the code:

Things to familiarize yourself with in the Scene

1. The if statement. Usually, there's an elif as well, but for our purposes we don't need it.

if variable == Scene_Menu #itemselse #itemsend2. The input check. This checks if the player has pressed a certain button while the screen is up if this bit of code is in an update block (update blocks refresh screens, checks for input, etc). Most commonly used in screen scripts: Input::B is the cancel button (default ESC, X), Input::C is the confirm (default SPACE, ENTER).

Input.trigger?(Input:: #put this instead of a variables in the if statement to check if B was pressed3. Scenes, and the scene change. A defined scene looks like this, and a scene change is listed below it. $scene can be set to any scene that you have defined, including default scenes/screens such as Scene_Save and Scene_Menu and alllll the Scene_etcs that you can see in your script editor.

class Scene_Quest #etc scene stuff $scene = Scene_Map.new #returns to the map.4. Remembering which scene the player came from. Pasting this bit at the top, right after the class Scene_etc will ensure that you know exactly what scene the player got to here from. Combine this with an if statement later and you will be able to direct your player to different places depending on where they were originally.

Putting it all Together

On the menu script, you will need to

On the custom scene script, you will need to

Do you know if these scripts are for commercial use, or only non-commercial?

(Mobius's Quest Journal (hereafter referred to quest journal) is CC Attribution Sharealike Tigerus Fay's One-Player Menusystem (hereafter referred to as 1P menu and/or one player menu) is CC Attribution Noncommercial Sharealike. This means you can't use the one player menu script in commercial projects, however, you can integrate the Quest Journal into any menu. I will be posting a way to integrate stuffs below this post.)
Click to expand...

Ah, thank you. I'll have to find another menu script for my game.

Diretooth said:
Ah, thank you. I'll have to find another menu script for my game.
Click to expand...

Good luck. Let me know if I can help if you still plan on using the quest log script. 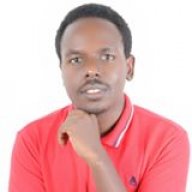 I'm getting an error.

I am using switches 01 to 10 currently for normal stuff. I tried changing the FIRST_SWITCH_ID and FIRST_VARIABLE_ID to 23

Not sure what's wrong.

@Emanzi Wow, this is super old xD
I'm not entirely sure what's wrong off the top of my head but here's some general troubleshooting things to try, in order from specificity.
All I can think of at the moment. Let me know how that works out for you! 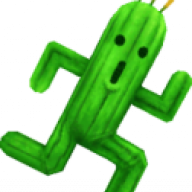 @Emanzi Thanks for checking out my script.

When does the error occur? I'm guessing this happens when you either open the journal or try to change a switch/variable using events. If so, are you starting a new game each time or loading a save game? If you make any changes to the script, you MUST start a new game. Loading an old save won't work.

Storyteller-Hero
So a new RPG Maker has been teased on RPG Maker Web's Twitter. Hmm...
Today at 4:12 PM •••