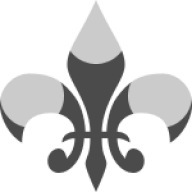 
I really like Yanflys and Moghunter scripts, but as many of you know there are some compatibility issues.


Currently I'm trying to get Moghunters Battle Hud to work, which is way easier with its 2.3 update.


There is one problem though I need your help with:

The enemy selection is a bit bugged:


I can only select the enemy that is "auto selected" by the game, until I move the mouse into the enemy selection window above.


If I didn't select the enemy, that can't be selected (in this case Punching Gazer B ) then I get the same problem the following turn.


If I select the enemy that can't be selected the bug is completly fixed for the rest of the battle.


EDIT: After some further testing I found out that this bug only occurs if the auto selection starts with the upper left enemy in the window (in this case Punching Gazer A). If it would have started with Punching Gazer B in the above example the bug wouldn't have occured in the first place.


Mouse selection works perfectly fine, but keyboard selection is bugged. Using arrow keys in this scenario would make a sound as if it would work but the selection doesn't change and stays on the same target.


Also Taunt (which is why the left enemy can't be selected), but that plugin doesn't cause this error.


I'm guessing the compatibility issue lies within the battle engine core plugin and the battle hud plugin from moghunter, because there all the windows and selections are set up. If I turn off one of them the enemy selection works fine again.


EDIT2: After even more testing i found out that the selection is drawn very weird if there are enemys that can't be selected, (because of taunt effects for example). It isn't the taunt plugins fault though, but how the enemy window is drawn by the game.


Is there a way to disable Moghunters enemy window and instead show yanflys?


(Would also be more useful because of showing remaining turns on buffs and debuffs)
Last edited by a moderator: Feb 4, 2016

Sorry to bump this

Is there a way to disable Moghunters enemy window and instead show yanflys?
Click to expand...

But I've the same problem.

Yes, there is a way. The best way is to edit the plugin directly and edit out features you don't want. For example as I want only the battle hud, I simply open the plugin and edit out everything that doesn't contribute to the battle hud (since the hud plugin also deals with enemy placement, it completely destroys Yanfly's row formation plugin, for example, so I have to edit that out)
You must log in or register to reply here.
Share:
Facebook Twitter Reddit Pinterest Tumblr WhatsApp Email Share Link

CleanWater
I'm running a sale for Learn RPG Maker MV on Itch.io, can I compete with NSFW games earning goals?
Today at 4:31 AM •••